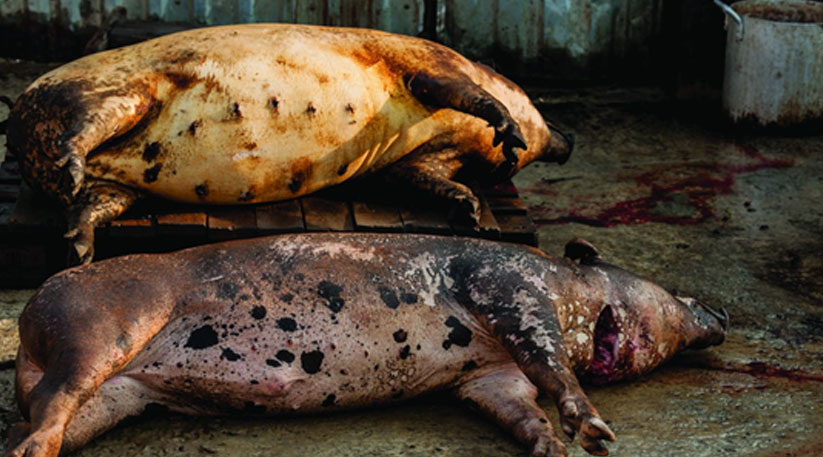 Serbian officials this week confirmed that African swine fever has infected hogs in their nation, making it the 18th country battling the incurable disease.

The virus’ worldwide spread began in earnest a year ago when it was reported in China. It has since spread relentlessly through that country and beyond, first to nearby Asian countries before expanding into Europe.

The virus has been found in at least 36 countries on three continents since June 2018, according to the International Organisation for Animal Health. Officials said it has been controlled or eradicated in half of the countries, most of them in Africa.

“There is just so much of that virus in the world right now,” said Paul Sundberg, director of the Swine Health Information Center in Iowa. “The more it spreads, it does increase the risk of infection” in the United States.

The disease is usually fatal to pigs, though it does not infect humans. There are no treatments or vaccines, leaving biosecurity and culling as the only methods to contain it. And though some countries have been able to control the virus, many have not.

Before the outbreak, China raised more than half of the world’s hogs. Since African swine fever was first reported in China in August 2018, that country has lost or culled millions of animals. Many analysts predict the nation will lose between between 30 and 50 percent of its pigs before the disease is contained.

At the high end, that’s more than 200 million pigs from China alone. Losses in other countries also are mounting.

Vietnam has culled 3.7 million pigs, according to the United Nations. Mongolia lost more than 3,000 pigs — more than 10 percent of its herd. The Asian countries of North Korea, Laos and Cambodia have also reported outbreaks.

At least 10 European countries and Russia, which spans part of Europe and Asia, are battling the disease, according to the International Organisation for Animal Health.

Serbia on Sunday reported to the international agency four separate outbreaks in small “backyard” farms near the nation’s capital of Belgrade. Seven animals were ill; all of them died, according to an agency report. Officials responded immediately by culling 114 other animals that were close enough to contract the disease and sterilizing the farms.

Serbia’s outbreak came on the heels of an outbreak in nearby Bulgaria, where officials declared a state of emergency after they culled around 160,000 hogs — 20 percent of their herd.

Still, the disease continues to spread there. Some farmers were reluctant to kill their healthy animals, which is making containment more difficult, Euro News reported.

“I would like to address the farmers who distribute pigs all over the country and hide them from veterinarians,” Tsvetan Iliv, of Bulgaria’s Association of Industrial Pig Breeders, said at a news conference calling for the nationwide state of emergency in early August. “You can hide them from the Food Safety Agency officials, but you cannot hide them from the fever.”

Shortly after Bulgaria discovered its first cases, Slovakia discovered pigs in a few small farms with the disease and began killing animals.

Elsewhere in Europe, the nations of Belgium, Hungary, Latvia, Moldova, Poland, Romania and Ukraine have active outbreaks, according to international agency.

Meanwhile, uninfected countries around the globe are bolstering their defenses, including the United States.

In May, the U.S. Department of Agriculture announced plans to start testing for the virus among American hogs. Earlier this year, the agency added more dogs to its “Beagle Brigade,” which sniffs out pork hidden in travelers’ luggage at international airports and border crossings.