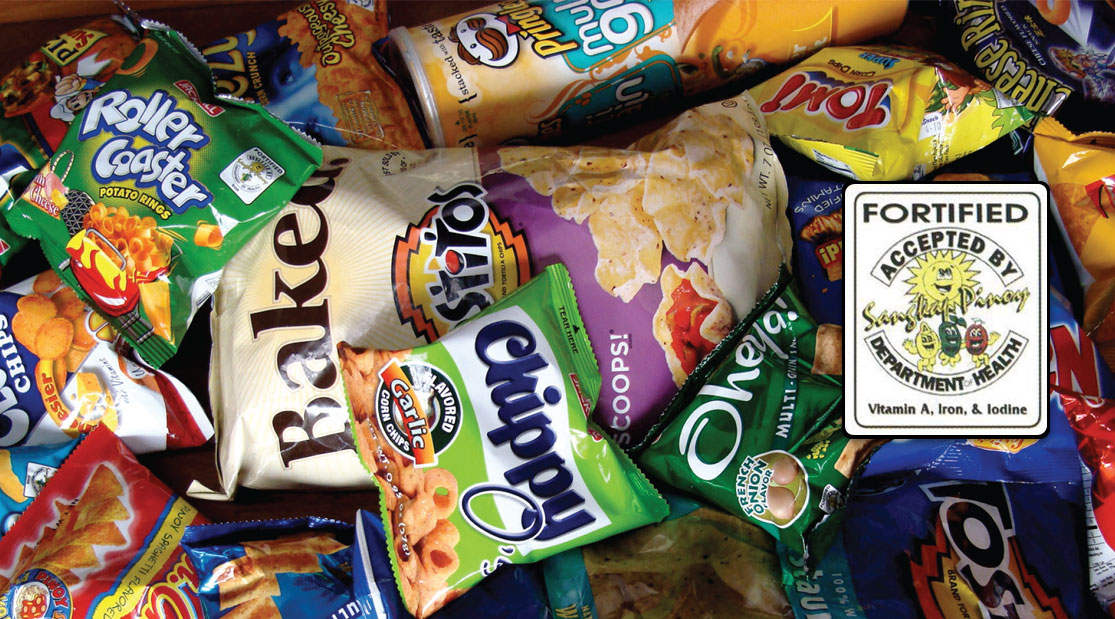 Sangkap Pinoy Seal Program (SPSP) is a strategy to encourage food manufacturers to fortify processed foods and food products with essential nutrient at levels approved by the Department of Health (DOH). Its fundamental concept is to authorize food manufacturers to use the DOH seal of acceptance for processed foods or food products, after these products passed a set of defined criteria which analyzed by FDA. The seal is a guidelines used by consumers in selecting nutritious foods.

It started when the National Nutrition Survey (NNS) released results that Filipinos are micronutrient deficient in Vitamin A, Iodine, and Iron. It then led to R.A. 8976, which is the Philippine Food Fortification Act which requires a mandatory food fortification for all staple foods.

Aside from these items, a separate R.A. 8172 (Act for Salt Iodization Nationwide, commonly known as ASIN) was implemented which aimed to solve iodine deficiency in the Philippines. For mandatory salt iodization, the Strategic Plan of the National Salt Iodization Program for 2017-2022 intends to strengthen monitoring at various points of the iodized salt value chains including production, wholesale, trader, retail and household levels.

Which applications are SPSP covering?

The Philippine Food Fortification Program covers all imported or locally processed foods or food products for sale or distribution in Philippines. However, it does not cover dietary supplements for which established standards have already been prescribed by the DOH through the Bureau of Food and Drugs of the Department of Health (BFAD) and which standards include specifications for nutrient composition or levels of fortification.

Status and Recommendations for the SPSP

In a nutshell, nutrient deficiencies in Vitamin A, Iron and Iodine in Philippines is of public health significance. Micronutrient deficiency in Philippines including levels of stunting, low birth weight and wasting have remained essentially unchanged in the last decade. Both the government and private sectors should work hand-in-hand to enhance the efficiency of this fortification program.

Republic of the Philippines Ministry of Health, National Nutrition Council, (2017). Philippine Plan Of Action For Nutrition 2017-2022: A call to urgent action for Filipinos and its leadership. Executive Summary.