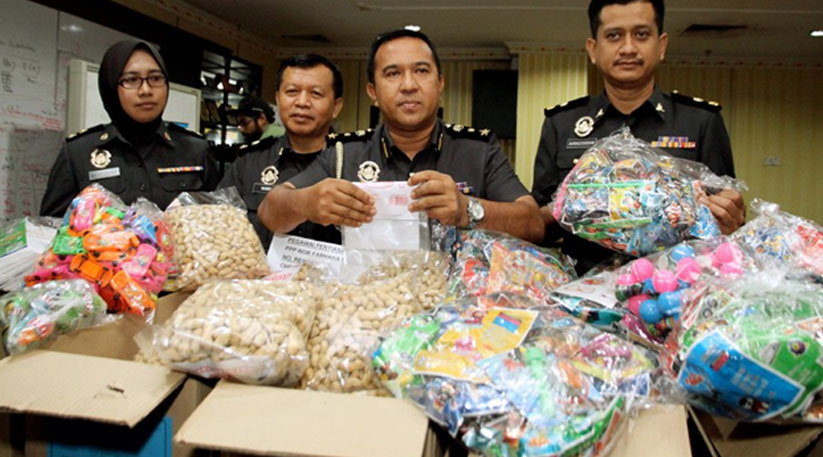 A snack food factory in Chemor was raided after it was believed to have been marketing its food products using expired and fake halal certification.

The raid was conducted by five personnel from the state’s Domestic Trade, Cooperatives and Consumerism Department at 11am on July 10.

During the raid, a 45-year-old man, said to be the factory manager, was also arrested to assist with investigations.

The department’s chief enforcement officer Shamsul Nizam Khalil said the team was acting on a tip from the public.

It is understood that the factory has been operating for 20 years and distributed its products in the state as well as Selangor too.

He said initial investigations revealed that the factory had received a halal certification in 2014 which expired in April 2016.

“Our investigations also revealed that the factory was selling groundnuts and snacks using a halal logo without approval from any government agencies, be it local or international.

“The total value seized from the raid was RM1,198,” he said at a media briefing at the department’s office here today.

He added that this year alone, up to July 10, a total of four cases involving the abuse of halal certification has seen the seizure of RM3,705 worth of products.

On another matter, Shamsul also said the department has opened two investigation papers against a pharmacy and a fast food restaurant for profiteering after the implementation of zero-rated Goods and Services Tax (GST).

He added that both businesses were suspected of profiteering as the price mark-up was unrealistically high.