Halal industry has big potential even in predominantly Christian PH 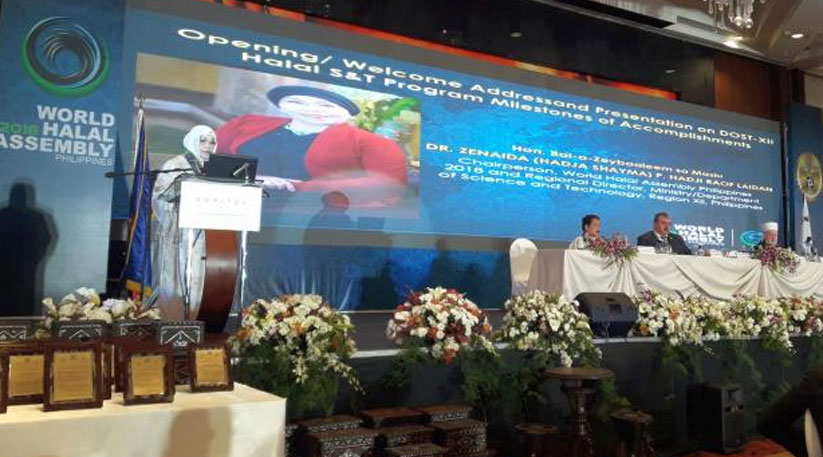 Seeing the potential of Islamic finance and the halal industry in the Philippines, businesses might as well look into how they can get halal certification for their products.

Halal literally means “permissible or prescribed by Islam.” But it also became a standard of quality for non-Muslim consumers because halal products are healthier – no alcohol and no pork or pork-derived products. Its opposite is haram, which means “forbidden.”

The Muslim global population is estimated at 1.8 billion as of 2015 and nearly two-thirds, or 62 percent, live in the Asia-Pacific region, according to Pew Research Center.

With future international events such as the 2020 Olympics in Japan, there will be demand for halal-certified products, especially for Muslim tourists as Japan’s signature dishes include pork.

In the 2018 World Halal Assembly Philippines (WHAP), held Jan. 18 and 19 at the Sofitel Philippine Plaza Manila, Muslim and non-Muslim halal enthusiasts gathered and discussed the different aspects of the halal industry in the country.

WHAP was organized by the Department of Science and Technology (DOST) in the Soccsksargen region (Region 12) with the theme “developing halal premium brand through science, technology and innovation.”

Laidan said that DTI started hiring Muslims who could better navigate through the halal process.

The value of the global halal food and lifestyle sector will reach $3 trillion by 2021, according to a projection by the State of the Global Islamic Economy Report.

Muslim millennial travelers are expected to represent a $100-billion market by 2025, based on a report by MasterCard and Muslim travel website HalalTrip.

DTI Assistant Secretary Abdulgani Macatoman said last year that DTI was targeting to export $1.4 billion worth of halal products for this year. With the implementation of RA 10817, exports are expected to increase.

“Halal is a way of life. It means pure, healthy and safe,” Laidan said in her speech.

She also emphasized the role of science and technology in the halal industry of the Philippines, a predominantly Christian country.

Now the DOST also has a “OneLab” network, composed of one-stop laboratories for testing – including halal testing – of various products.

Firms interested in availing of the DOST halal quality seal should write to the DOST Region 12 office in Cotabato City.

The office also has application forms and these will soon be available in the DOST Region 12 website for downloading.

The halal personnel will also conduct ocular assessment and visits to the requesting firm.

According to Mufti Mustafa Ceric of Bosnia and Herzegovina, who also chaired sessions during the WHAP, halal is not just food choice but also a practice in terms of good actions toward people. Even fashion, cosmetics and dating take halal or appropriate forms.