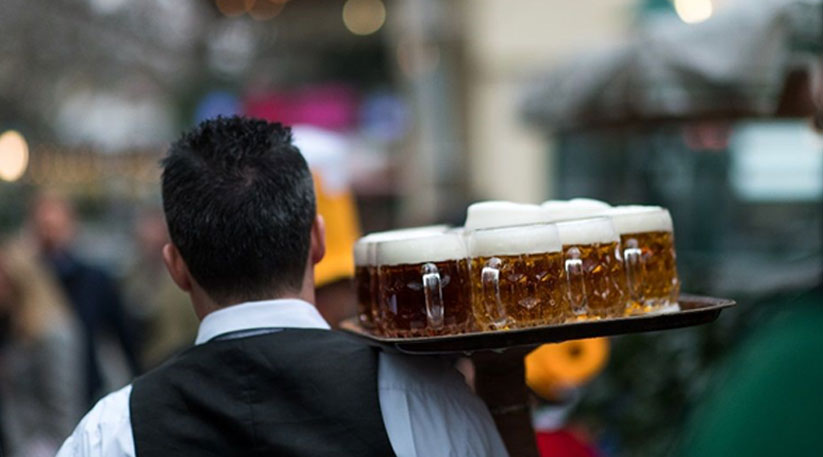 The SST has been re-introduced in Malaysia from September 1, replacing the unpopular Goods and Services Tax (GST)​.

“We expect the implementation of SST to impact consumer spending on beer negatively, especially in on-trade which is exposed to double-taxation from both 10% sales tax on products at a manufacturer level and 6% service tax at the retail level such as restaurants and bars with annual revenue above RM 1.5 million,”​ said Carlsberg Malaysia managing director Lars Lehmann to FoodNavigator-Asia​.

“While off-trade sales are no longer subject to 6% GST, our customers may pass on their additional tax and business costs from the implementation of SST”​

“Taking into account the 10% sales tax imposed on our products and a 6% service tax we incurred from taxable services, we have made a 5.5% adjustment on our products’ price to distributors effective 1st September 2018,” ​he added.

Additionally, the raise in prices could potentially increase the consumption of contraband beer, which holds up to 25% of market share.

“[Any] increase will lead to more influx of contraband beers and losses to government tax revenue,”​ said Lehmann.

“With the implementation of SST, the price gap between legal beer and contraband beer grows bigger, which increases the risk of contraband growing at the expense of legal beer.”​

On the other hand, Heineken Malaysia is less concerned about the SST.

“We do not foresee that big of an impact from the SST,” ​said Heineken Malaysia finance director Szilard Voros.

“However, [contraband beers] is something we need to be careful about. […] We still believe [consumer sentiment] will be high,”​ he added.

The price increase for Heineken products will commence on September 17, and is expected to remain lower than they were during GST implementation.

Carlsberg Malaysia comprises, amongst others, the Carlsberg, Kronenbourg, Asahi and Skol beer brands. It holds roughly 40% of the Malaysian malt liquor market (MLM).

Heineken Malaysia holds roughly 60% of the Malaysian MLM. It owns the Heineken, Tiger, Kirin, Guinness and Anchor beer brands, amongst others.

Together, both companies dominate almost the entirety of the beer market in Malaysia.

When Finance Minister Lim Guan Eng initially announced the SST reinstatement, the public reacted with fears over the possible raising prices of goods. These fears came true with beer, as both Carlsberg and Heineken announced increases in the prices of their beer, passing on the 10% sales tax burden to consumers.

As it is, Malaysia’s per capita alcohol consumption stands at only 1.7 litres per year as per numbers from the World Health Organisation. This is attributed to Malaysia being an Islamic country, as the religion bans alcohol.

After the Malaysian national elections in May, the newly-elected Pakatan Harapan’s decision to scrap the 6% GST was met with enthusiasm by the public.

Less popular was the decision to bring back SST, which is implemented at 10%, but imposed on the manufacturers and importers instead of on the consumers.

When announcing the SST, Finance Minister Lim Guan Eng had emphasised on the necessity of taxes for the country.

“While taxes fund the development and administration of the country, they also serve to reduce inequality that exists in our society. And while we impose taxes, we also do not want to tax you to death, but we hope that you are able to pay these taxes to help us save the country,” ​ he told The Star.​

The SST implementation is projected to bring in a revenue of US$ 97 million (RM 4 billion).

After the May elections, the new government announced a total US$ 242 billion (RM 1 trillion) worth of government debt left behind by the Najib administration.