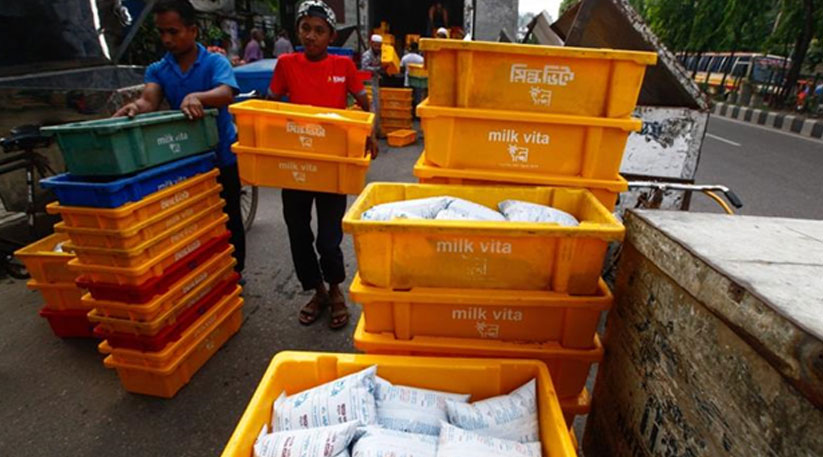 The move came following a High Court order on July 16, which instruct-ed both the BFSA and Bangladesh Standards Testing Institution to re-port back to the court on their actions taken against adulteration of milk, curd and cattle feed by July 28.

The BFSA carried out a series of tests on the milk samples last month at the laboratories of six government and nongovernment organisations — Bangladesh Atomic Energy Commission, Bangladesh Agricultural Research Institute, Bangladesh Council of Scientific and Industrial Research, Plasma Plus, WAFFEN Research and International Centre for Diarrhoeal Disease Research, Bangladesh.

The samples of packaged milk were collected from various markets in the capital.

On July 16, the BFSA submitted its findings before a HC bench of Jus-tice Md Nazrul Islam Talukder and Justice KM Hafizul Alam.

During the hearing, BFSA lawyer Faridul Islam told the court that the tests also found lead and cadmium, another heavy metal, in raw cow milk available in various markets in the capital.

The samples of raw milk were collected from 50 selling points in the city.

About a month ago, Dhaka University researchers found detergent and antibiotics meant for humans in packaged milks of some of the top brands — Milk Vita, Pran, Aarong, Igloo and Farm Fresh.

The antibiotics include levofloxacin, ciprofloxacin and azithromycin, which are used mainly to treat bacterial infections in humans.

After the DU researchers published their findings, Kazi Wasi Uddin, additional secretary to the fisheries and livestock ministry, threatened them with legal actions if they failed to publish their study in a peer-reviewed journal.

A subsequent second test by the DU researchers, about two weeks ago, on the same samples reconfirmed their findings, said Prof ABM Faroque, director of Biomedical Research Centre at DU, who led the research.

Experts say lead in milk may come from cattle feed and contaminated soil, and can affect the liver, kidney and bones.

According to the World Health Organization, any presence of lead, regardless of the level, is considered unsafe for humans as no safe level has been found.

The HC in February ordered the Anti-Corruption Commission to investigate adulteration of milk, curd, and fodder and take legal action against those responsible.

The court had also asked the BFSA to form a probe committee to identify the individuals and business-es involved in adulteration of dairy products and fodder in three months.