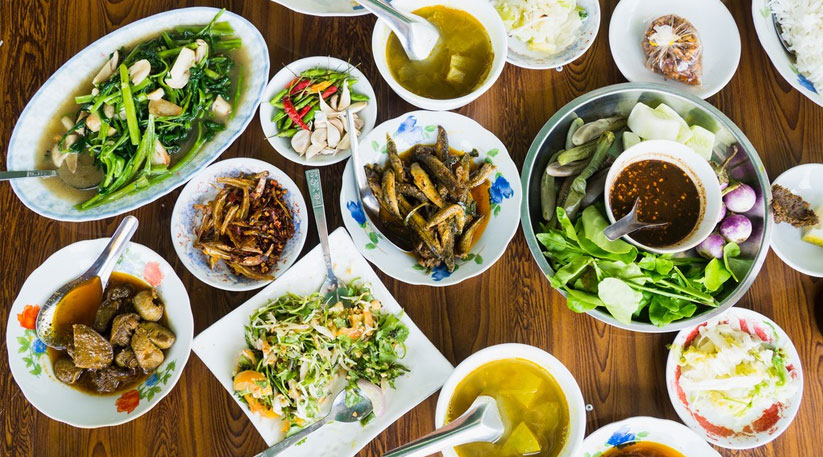 Amid the recent surge in popularity of foreign cuisine, restaurateurs look to raise the profile of traditional Myanmar food

Korean food. Thai food. European food. Yangonites are increasingly spoiled for choice when choosing where to go for a meal. While broadening one’s culinary horizons can only be a good thing, traditional Myanmar restaurant owners are wondering whether this new found love for all foods foreign means that traditional cuisine will be left by the wayside.

In light of this, local restaurant owners are banding together in a celebration of local food and to give some much needed exposure to the overlooked favorites of times gone by.

The first ever Monsoon Myanmar Traditional Food Festival, to be held in Yangon over the weekend at Padonmar Restaurant in Dagon township, will bring together 12 traditional Myanmar food stalls and an expected 150 hungry guests.

The festival has been organized by Myanmar Ethnic Restaurateurs Group (MERG), a body of 20 Myanmar restaurants, in partnership with local lifestyle publication Myanmore and online food portal Sarmal.

“Currently, Yangon has so many foreign food restaurants and people are losing interest in Myanmar ethnic restaurants. So, we are trying to promote them through the festival”, said Sonny Aung Khin, the founder of MERG and owner of Padonmar Restaurant with over 20 years experience in the food industry.

Formed a year ago, the aim of MERG is to give more local and international exposure to ethnic restaurants, he said.

“The influence of foreign food here, especially Korean and Thai, means lots of youth don’t know much about traditional food and snacks, said Shwe Yee Phyo, the owner of a traditional Myanmar snack shop ‘Tint Tint’ whose products will be on sale at the festival.

Shwe Yee Phyo said she opened Tint Tint in 2013 because she could see younger people were becoming increasingly disinterested in local snacks being sold from street side stalls because, she says, they appear unhygienic.

Tint Tint sells over 30 traditional Myanmar snacks from its six stores throughout Yangon and Taunggyi and there are plans to export local favourites such as Shwe Kyi, a dense cake made with wheat flour, butter, sugar, salt, coconut, peanuts and poppy seeds, to foreign markets.

“To be honest, Myanmar traditional festivals should be organized by the government”, said Myint Aung, business consultant of tea company Shan Shwe Taung which is also participating in the festival. “There needs to be more and more of these types of festivals. It is not a business oriented festival it’s about exploring vanishing traditions.”