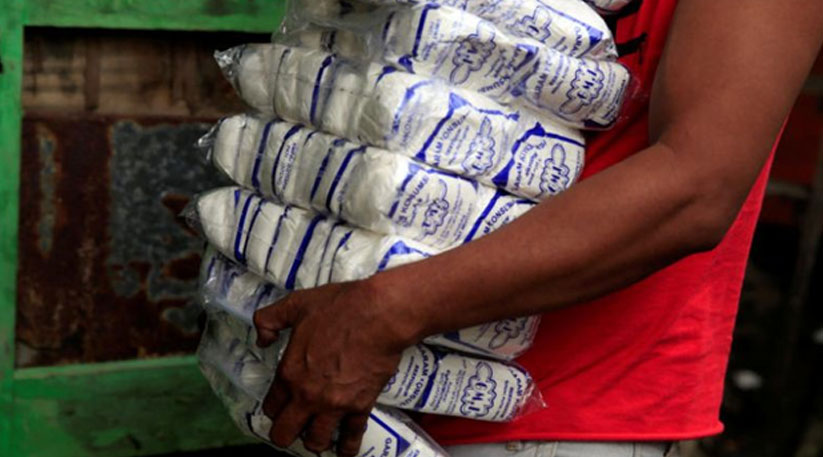 JAKARTA (REUTERS) – Indonesia’s efforts to protect farmers from imports have sometimes gone spectacularly wrong, creating shortages of staples such as rice and beef, and playing havoc with markets.

Its latest misfire has come over salt, with supplies so desperately low that one of the world’s biggest producers of instant noodles warned recently it could run out of the vital ingredient in a matter of weeks.

President Joko Widodo has stepped in to end a squabble between two ministries over salt import quotas.

“I think no one will have to stop operating because the government is trying to solve the problem,” said Fransiscus Welirang, director of PT Indofood Sukses Makmur, which makes the hugely popular Indomie brand of noodles.

Still, Indofood scrambled to find ways to cut its salt usage and the Indonesia Food & Beverage Association – which represents a sector with billions of dollars in revenue – said biscuit and snack makers also faced shortages.

With more than 50,000km of coastline Indonesia is surrounded by salt water, and yet it spends tens of millions of dollars every year on imports of salt.

The problem is that Indonesia is not producing enough high-grade salt. The local salt industry could take years to increase output and quality to levels needed, and there is currently no comprehensive plan to that effect.

Indonesia’s ambition for food self-sufficiency is partly driven by concern about a growing food import bill.

The South-east Asian nation is on track to become the world’s biggest importer of wheat this year, according to the US Department of Agriculture, and is a major buyer of corn and beef.

Food security is also politically sensitive in Indonesia where more than 160 million people, around 60 per cent of the population, live on US$5.50 (S$7.20) a day or less, according to recent World Bank data, leaving them vulnerable to price swings.

However, economists say policies such as subsidies and stockpiling aimed at controlling markets cost billions of dollars and often keep prices artificially high.

Indonesia’s domestic rice prices were 60 per cent higher than international prices due to policy interventions, the Organisation for Economic Co-operation and Development said in a 2015 report.

After Widodo won the presidency in 2014, he curbed or delayed imports of beef and cattle mainly from Australia as well as other foods to stimulate domestic production.

But when prices shot up in 2016, his government scrambled to find beef from different sources, including buffalo meat from India.

The OECD has urged Indonesia to “develop a portfolio of policies that can respond to a diversity of food insecurity scenarios, rather than focusing policy attention on domestic production of staple foods.”

Most salt production in Indonesia is low-tech, involving the evaporation of seawater in coastal ponds during the dry season. The current shortage is partly due to unusually heavy rains last year tied to the La Nina weather pattern.

Indonesia was forced to import 75,000 tonnes of household salt from Australia last year, and there were media reports that a vessel attempting to smuggle 15 tonnes of salt from Malaysia was intercepted by the authorities.

The shortage became a crisis this year because of bickering within the government over how much salt could be imported without contravening legal requirements to give priority to local producers.

President Widodo intervened to resolve the impasse by taking away the Fisheries Ministry’s authority over industrial salt imports and handing it to the Industry Ministry.

“We need to be realistic. Industry certainly needs salt of a different quality to that produced by salt farmers,” Widodo said on Wednesday. “If we do not import industrial salt, industry could stop.”

He cited a company that makes contact lenses on the island of Batam that had sent home nearly half of its 3,000 workers due to the salt shortage.

Indonesia’s salt industry users association says local suppliers have struggled to expand output because of limited land on densely populated Java island and now account for only about half of the 3.9 million tonne total annual consumption.

“This makes it extremely difficult to raise productivity to levels seen in countries such as Australia where leading highly mechanised producers have operations covering thousands of acres.”

There is also a quality challenge. Food companies need salt with a maximum water content of 0.5 per cent and sodium chloride above 97 per cent, levels many domestic suppliers cannot meet.

The government has plans for 40,000 hectares of new salt farms in eastern Indonesia and more investment in salt processing to achieve self-sufficiency in the next few years.

But the cost of development and shipping salt from East Nusa Tenggara to Java, where most industries operate, could impede this plan.