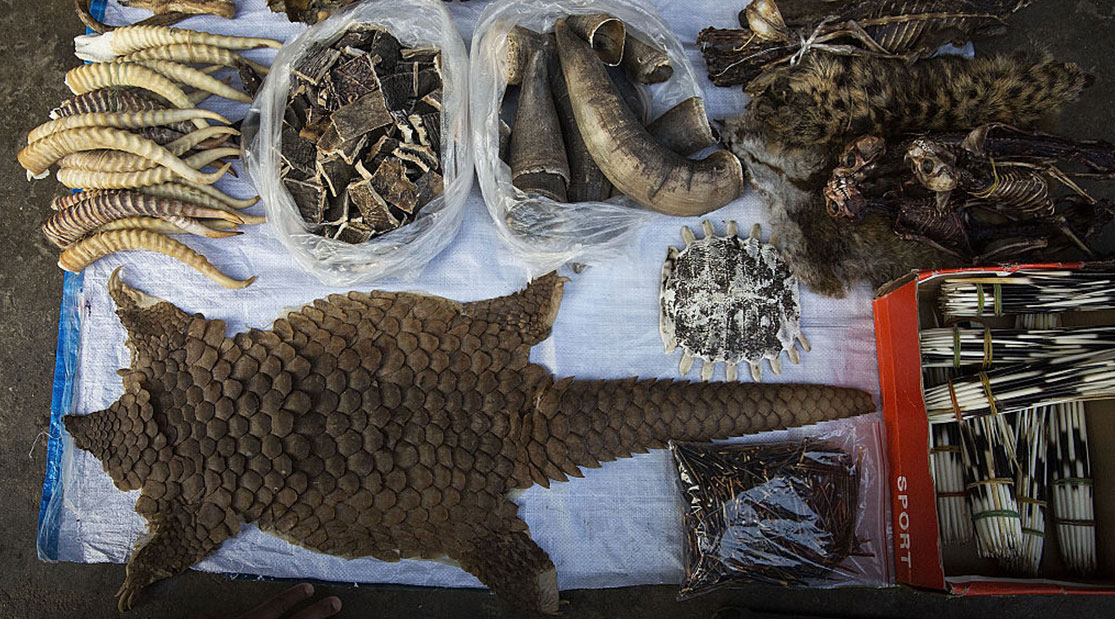 Humans claim that we are at the very top of the food chain.  And that is the problem. The biggest animals are being hunted for their meat.

The world’s biggest animals – the largest birds, the bigger mammals and even reptiles, sharks and amphibians – are in increasing danger of extinction. Climate change, habitat loss and pollution may all be part of the problem, but the biggest and most direct threat is a simple one.

They are being hunted to death. They are being killed for meat, for trophies such as horns and tusks, and for body parts used in Asian medicine.

The findings, reported in the journal Conservation Letters, are stark. Of 362 mammals, sharks and rays larger than 100 kilograms and birds and reptiles larger than 40kg, 200 species or more were in decline and more than 150 could become extinct. And when the researchers composed a catalogue of hazards to species survival, they found that hunting was for most large animals the biggest danger.

“Our results suggest we’re in the process of eating megafauna to extinction,” said William Ripple, an ecologist at the Oregon State University school of forestry in the US.

“Through the consumption of various body parts, users of traditional Asian medicine also exert heavy tolls on the largest species. In the future, 70 per cent will experience further population declines and 60 per cent of the species could become extinct or very rare.”

Biologists already have databases of the body mass and habitats of most described species. The International Union for the Conservation of Nature has for decades kept and updated a catalogue of extinction risks.

Professor Ripple and colleagues from the US, Canada, Australia, France and Mexico selected all the information they could about the bigger species, and those known to be threatened. They subdivided the potential threats into a range of categories – ranch and livestock farming, logging and wood harvesting, aquaculture, fishing and so on – for 362 species, and found to their surprise that hunting was the biggest danger for 98 per cent of those species for which they could find threat data.

The lesson is: it’s bad to be big. “Megafauna species are more threatened and have a relatively higher percentage of decreasing populations than all vertebrates together,” they write. “Notably, the top-ranked threat within each megafauna class was direct harvesting by humans, although there were typically multiple co-occurring threats, mostly related to habitat degradation.”

Meat consumption, they found, was the most common motive for hunting mammals, birds and the cartilaginous fish; the reptiles were more likely to be pursued for their eggs.

The loss of species – and the decline in numbers of surviving individuals – is not news: researchers have repeatedly warned that climate change, driven by ever-increasing fossil fuel use, raises the odds of extinction.

But the sheer growth in human numbers and national economies in the last century has devastated what was once the wilderness, and biologists now believe they may be witnessing the sixth great extinction.

The latest study fits into this pattern. What makes it different is the unequivocal identification of human beings as the super-predators, pursuing the biggest and most charismatic of the surviving large animals, sometimes simply as sporting trophies, more often for food or for parts that can be sold.

Nine megafauna – the word for a large animal – have gone extinct in the wild in the past 250 years. But large species numbers everywhere are falling. Their numbers were always fewer, and often their meat more prized.

With first the spear and the arrow, and then the gun, humans mastered the art of killing from a safe distance. And bigger animals became the most obvious targets. In 500 years, 0.8 per cent of all vertebrates have gone extinct. For large animals, the ratio of extinction is 2 per cent.

“Preserving the remaining megafauna is going to be difficult and complicated,” said Professor Ripple. “There will be economic arguments against it as well as cultural and social obstacles.

“But if we don’t consider, critique and adjust our behaviours, our heightened abilities as hunters may lead us to consume much of the last of the Earth’s megafauna.”