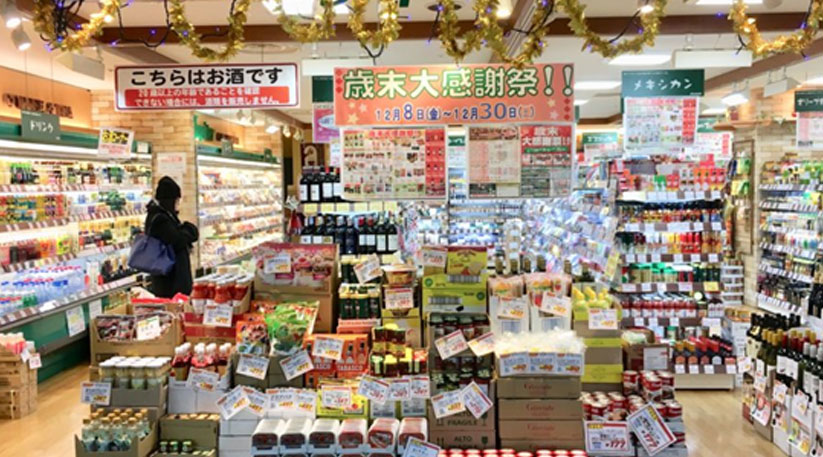 TOKYO — Around 20 of Japan’s biggest food and beverage manufacturers are ending next-day deliveries to wholesalers, Nikkei reported, as the sector is looking to have a more sustainable approach to logistics.

Companies like the manufacturer of Cup Noodles – Nissin Foods Holdings, Ajinomoto and Suntory Beverage & Food are moving to deliver wholesale orders in two days rather than on the very next day.

This marks a paradigm shift for the food supply chain management in Japan, which is aiming to keep inventories as lean as possible.

Previously, food companies have had to secure trucks and staff in advance to avoid being caught shorthanded and letting orders go delayed or unfulfilled. Having extra lead time to arrange for deliveries would allow them to organize adequate manpower and equipment as needed.

Nestle Japan, Nissin and Ajinomoto are working toward full-scale use of two-day deliveries, while condiment maker Kewpie aims to make the change in January.

Such drink makers as Kirin Holdings unit Kirin Beverage have already added the extra day. A growing number of snack and confectionery makers, such as Morinaga & Co., Ezaki Glico and Calbee, are considering following suit.

Japan’s ratio of driver job openings to applicants — including delivery truck drivers — came to 2.96 as of June, far above the 1.37 ratio for the job market as a whole. Such factors as retirements among the aging population will contribute to a shortfall of roughly 240,000 logistics drivers in 2027, the U.S.-based Boston Consulting Group has forecast.

Loading and unloading food products for delivery can be highly time-consuming, owing in part to the different sizes and weights of parcels involved. A survey by the Ministry of Land, Infrastructure, Transport and Tourism found that processed foods took at least 30 minutes to unload more often than any other category, contributing to chronic overwork.

This effort depends on gaining cooperation from the wholesalers and retailers on the downstream end of the supply chain. The two-day approach has begun permeating supply chains, with distributors like Itochu-Shokuhin and Mitsubishi Shokuhin — under trading houses Itochu and Mitsubishi Corp., respectively — gradually incorporating the new schedules.

Complaints of having to stock more inventory have arisen from wholesalers, for which being able to meet demand is crucial. But Ajinomoto has come to terms with nearly all of the 100 or more wholesalers with which it has negotiated.

As artificial-intelligence-driven data analysis grows more precise, expectations are building that the technology will be able to help predict demand. Meanwhile, chronic shortages of labor have added pressure to rethink supply chains to build in more flexibility.