Try Before Die: 10 Indian Chinese only Found in India 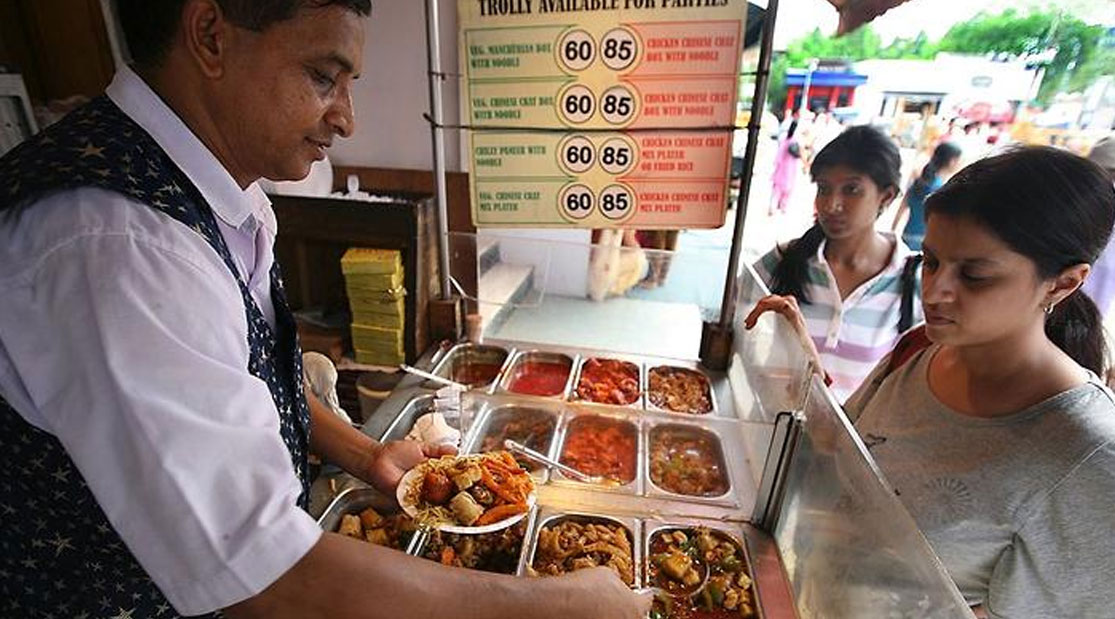 Chilli Chicken, Chowmein, Fried Rice with Manchurian, the list goes on… And as our mouth waters, we wonder: are these scrumptious creations Chinese or Indian? Truth be told, this newfangled cuisine coined as Indian Chinese actually exists. It’s true, it’s even featured on Wikipedia.

So what really is Indian Chinese? Simply put, it is the Indian adaptation of Chinese cooking techniques and seasonings with a unique tadka. It’s aimed at pleasing Indians’ palate, with a larger offering of vegetarian dishes of course.

With a soya sauce marinade adding the Chinese element, this signature dish is the best party starter there is. It is made with chicken coated in a paste of hot chili, garlic, ginger and spices, then sautéed with onions and green chilies. There’s also a “dry” version that’s deep-fried. Plenty of other proteins also get the chili treatment like paneer and seafood.

The creation of Chicken Manchurian is in fact credited to Nelson Wang of China Garden who introduced Manchurian to Mumbai in 1975. He started playing around with quintessential Indian ingredients like garlic, ginger, chilli and just added a splash of soya sauce instead of garam masala – and voila. Now there are many variations made with paneer, gobi, mutton and fish.

In China, chowmein is referred to as chāu-mèing and is basically a portion of boiled noodles topped with greens, scrambled eggs and soya sauce. But in India, it’s pan fried, really spicy and a favourite in every household.

In the Indian version, Manchow Soup is a soy-based spicy soup flavoured with garlic and ginger, cooked with vegetables or meat, spruced up with scallions, carrots, celery and garnished with fried noodles.

The Chinese call it Chūn Juǎn and are actually Cantonese-style dumplings made for welcoming spring. But in India, they are fried golden, loaded with vegetables juliennes and served often as party snacks.

Flavour-packed, fiery red and ridiculously spicy – Indians have a love affair with Szechwan sauce and add it to just about anything, from fried rice to noodles, gravies to bhel puris. This magical sauce is made with dried red chillies, shallots and lots of garlic.

Flattened egg noodles cut into strips, deep fried, coated with honey, sprinkled with sesame seeds and served with ice cream. Yes, this Chinese dessert isn’t all that Chinese after all.

An all time favourite, these noodles are a really popular side dish, tossed with greens like cabbage and capsicum, chicken or shrimp and sweetish chilli garlic sauce. Top it off with some crispy noodles and you’re good to go!

Only in India does a Chinese meal end with fried layers of dough stuffed with dates and topped with a scoop of vanilla ice cream.

Fry everything and it’s a winner of a dish in the Indian subcontinent. Originally steamed in China, the Indian version is greasy and spiced with red chilli powder, garam masala and green chillies.