Trump’s US – China Trade War: Thailand is the Real Winner 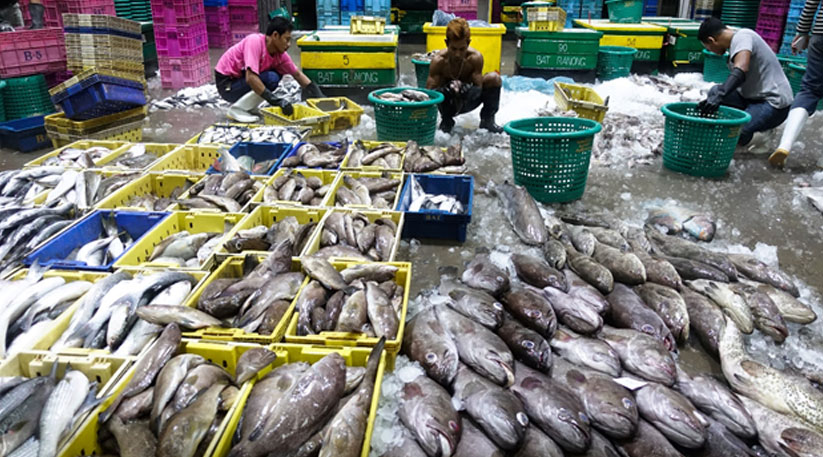 BANGKOK — Thailand expects its exports to grow more strongly than previously forecast this year, to a level well above last year’s record high, fueled by the fall-out from the U.S.-China trade war.

The Thai government has projected annual export growth of 8% for 2018, after strong global demand lifted its exports to a record high of $236 billion in 2017. Bangkok now expects exports to grow even more, believing that the latest trade tensions between Washington and Beijing will likely create a greater market share for Thai food in supermarkets in both the U.S. and China.

“We expect rising seafood exports to help boost total Thai exports this year at more than than 8%, and even rising at a double-digit rate this year,” Thai Commerce Minister Sontirat Sontijirawong told the Nikkei Asian Review.

Sontirat said the Thai government is about to revise upwards the 2018 export growth target. However, he declined to release the new target, saying the government would take a few months to evaluate the market environment.

After discussions with the Thai Chamber of Commerce and other trade and business organizations, the minister said that the latest round of U.S. and Chinese tariff increases due in August should bode well for Thai food exports, particularly the seafood sector.

The Trump administration has unveiled a list of more than 6,000 Chinese imports worth a total $200 billion to be hit with 10% tariffs by the end of August. The U.S. list covers 6,031 product lines, including live carp, frozen pork, Pacific salmon, yellowfin tuna, crabmeat, lobsters, carrots, celery, television cameras, digital cameras, TV components, refrigerators and landline telephone parts. China is expected to retaliate in kind.

Retaliatory measures from both side of the Pacific would cut China’s seafood exports to the U.S. sharply, and vice versa. The Thai government and the country’s exporters see opportunities to fill in the gaps in the supply of seafood to both countries. Thailand is the world’s fifth-biggest food exporter, with a developed food processing sector.

“What we see now is that processed food and frozen food are expected to be more expensive in both China and the U.S.,” said Poj Aramwattananont, president of the Thai Frozen Food Association. “This should be an opportunity for Thailand to penetrate into the two markets with competitive prices to be enabled by lower import tariffs.”

Thailand earned $5.5 billion in revenue from seafood exports in 2017, boosting total food exports to $27 billion in the year and accounting for around 10% of total exports. Exports account for more than 60% of Thailand’s gross domestic product.

Another Thai food export that is expected to receive a boost from the trade tensions is processed tuna, which is due to be on the list of retaliatory tariff measures.

Thailand is the world’s biggest tuna exporter, with exports of $2.3 billion of processed tuna in 2017. The country’s tuna processing industry also aims to capitalize on falling tuna supply in the the U.S. and China, said Chanintr Chalisarapong, president of the Thai Tuna Industry Association.

“If this trade tension lasts long, it would also encourage seafood processors in those two countries to move their production bases to Thailand so that they can export from Bangkok with lower tariffs. That will also help drive Thai food exports indirectly,” said Chanintr.