Tips for eating in Asia: The golden rule of Asian food 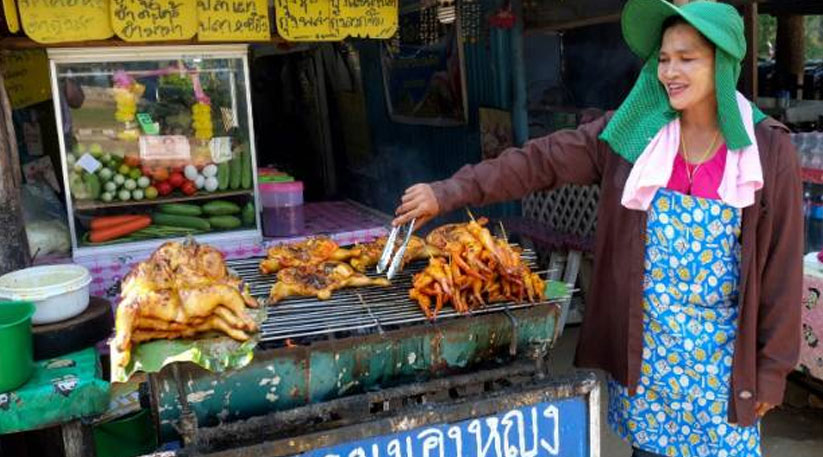 OPINION: You have to love a unifying theory of life. You have to enjoy a brazen, sweeping generalisation to suit your particular point of view.

And so here’s my unifying theory of life: the less you pay for food in Asia, the better your experience will be.

I realise, of course, there are exceptions to this rule, and I’ll get to those later. For now though, hear me out. Because I’m pretty sure I’m on to a winner here.

When you’re travelling in Asia, whether you’re in Sri Lanka or Thailand, in Singapore or Vietnam, Malaysia or China, cheap food is the best food. You might think splashing out on an expensive meal every now and then will buy you a better foodie experience, but in fact the opposite is true. The cheaper the food, the better it will be.

I’ve done the research on this. I’ve eaten my share of fancy meals in Asia – at places with Michelin stars, at places helmed by celebrity chefs – and very rarely have these meals even gone close to the deliciousness and the richness of experience provided by the $2-a-plate street vendors down the road.

I’ve eaten in upmarket hotels in Sri Lanka and India, dined at buffets where chefs in white coats and toques churn out their interpretation of the traditional food of their area, and almost without exception, they’ve been disappointing. All the flavours are dialled down. All of the centuries of tradition are ditched in favour of swish presentation and appeal to an unadventurous palate. It’s like listening to music with the volume way down. It’s nowhere near as fun.

It was the same in Vietnam recently. I was treated to a meal at a restaurant run by a celebrity chef there, a guy doing fancied-up versions of the food Vietnam is so famous for, served with knives and forks, eaten in airconditioned comfort. And you know what? It wasn’t very good. Not just not-great-for-the-price. Genuinely not very tasty. And nowhere near as delicious as what you can get on the street for $2 or $3 just outside.

And again in Singapore, when I went to check out a few Michelin-starred restaurants as research for work. Nice restaurants, both of them. Good food. Interesting food. Beautifully presented food. But still, nowhere near as good as the stuff you get for $2 a plate at most of Singapore’s hawker centres.

This is the thing about most Asian countries – there’s a culture of good food that runs deep and true, that has nothing to do with Michelin stars or airconditioned surrounds and everything to do with harnessing sometimes thousands of years of gastronomic obsession to create tasty, affordable cuisine. Street vendors dedicate their entire lives to perfecting one dish. Your dodgy local down the road has access to excellent fresh, seasonal produce and knows exactly what to do with it.

So when you’re in Sri Lanka, whatever you do, don’t eat at a five-star hotel. Call into any old mum-and-dad restaurant and feast on some of the tastiest food you’ve ever stuffed into your face with your hands for only a few dollars a plate. In Singapore, head to the hawker centres, spend $10 and absolutely fill your table with delicious treats prepared by experts. Spend your time in Vietnam perched on plastic stools slurping up cheap, tasty food and sweating it out with the locals.

Same goes in so many other Asian countries, too. Same goes in Thailand, where street food rules. Same goes in Malaysia, where any old kopitiam​ will do the best nasi lemak you’ve ever tasted. Same goes in Indonesia, in China, in Cambodia, and more. The cheap places are fun. They’re interesting. They’re exciting. And the food is amazingly good.

In fact, I can only think of one major exception to my unifying theory of life, and that’s Japan. In Japan, they can do fancy food. In Japan, if you pay a lot of money, you actually will get a better experience. That’s not to say the cheap stuff is bad – a $10 bowl of ramen is a thing of rare beauty. It’s just that when you do decide to lash out on, say, high-end sushi, or Michelin-starred tempura, or very expensive soba noodles, you can trust that the experience you’re about to have will be a truly impressive one, something different to the everyday, something better.

You can’t say that for much of Asia. In most countries there, in most cities, in most towns, the cheap food is the best food. And that is my solid, unifying theory of life.