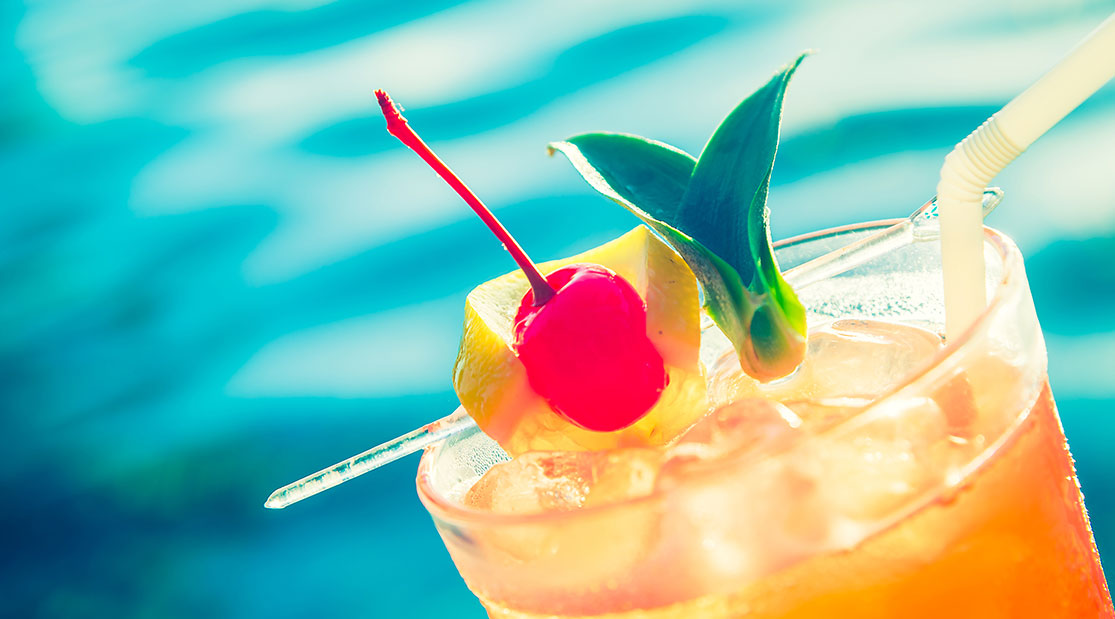 Being a multicultural country, Malaysia’s diverse community offers a wide variety of drinks to choose from. The influence of this diversity can be traced back to the Sultanate of Malacca era where traders from Europe, Arab and China brought in spices and herbs from their mainland to Malaysia, thus, creating the Malaysian drinks that can be found at the local restaurants and food vendors nowadays.

Here are ten drinks you absolutely need to try in Malaysia:

Malaysians consider Teh Tarik as the country’s national drink. Teh Tarik or literally translated as Pulled Tea is a drink that is famous among the Malaysian community. Its origin can be traced back to the Second World War where Indian-Muslim immigrants opened up tea stalls at rubber plantations to serve the workers there.

Teh Tarik is a mixture of black tea with condensed or evaporated milk. The tea used in preparing the drink is grown locally or regionally and has a strong bitter taste. The hot concoction is then pulled back and forth during its preparation between two cups or vessels from a height to release heat which results in a thick, frothy topping.

Pink coloured drinks are often associated with strawberries but it is a different case with the one and only, Sirap Bandung, a sweet and creamy drink that is simply irresistible.

Rose flavored syrup is mixed together with condensed or evaporated milk to create the pink coloured drink. There are many versions of Sirap Bandung that can be found throughout Malaysia. One recipe incorporates soda water for a fizzy taste while another adds grass jelly or what Malaysians call Cincau for texture.

This drink is famous and it can be found in almost every restaurant in Malaysia. It is also the drink of choice served at Malay weddings and during the breaking of fast (iftar) in Ramadhan.

When you are in Sabah, be sure to try the modest Kit Chai Ping. This drink is famous for its refreshing properties and Sabahans love to drink it during hot, sunny days. With its sweet, sour and salty taste, the Kit Chai Ping is presumably the ‘national drink’ of Sabah.

The ingredients used to make this drink can be found locally in Malaysia. It is made basically with Kalamansi limes, sugar syrup, water and the Chinese salted sour plums which the locals call Ham Moi. It can also be served chilled by adding ice cubes.

Due to the popularity of this drink, most restaurants and cafes in Sabah have it. You can just go into any restaurants there and simply request for Kit Chai Ping, and on the off chance that you do not like it to be too sweet, say “kurang manis”.

This ice-cold drink is called three-layer tea due to how the different ingredients of the tea are layered in a tall transparent glass. Three-layer tea would make an awesome revitalizing drink particularly on blistering hot days.

Like the layers, there are three main ingredients in Three-layer tea. The bottom layer is liquid palm sugar, over which condensed milk is poured, finished off with a top layer of strong black tea. The density of each ingredients results in the triple layers. One would give it a good mix before enjoying the drink.

This drink has gained popularity over the decades and it can also be found in all around Malaysia but if you are looking for the original three-layer tea, Sarawak is the place to go.

Who can refuse the flavor of Cendol? A family favourite, Malaysians would queue up in the hot weather just to grab a bowl of Cendol.

A basic bowl of Cendol will have a mountain of finely-shaved ice, generously drizzled with palm sugar syrup and coconut cream. Slivers of green jelly made of rice flour add a nice texture and colour to this sweet dessert. Additional toppings can be requested such as sticky rice, durians or red beans.

According to some people, the best Cendol is in Melaka and Penang but rest assure, it can easily be found at roadside vans that sell rojak or laksa all over Malaysia.

Trifles for the Brits, tiramisus for the Italians, crème brulees for the French, banana splits for the Americans, and Malaysians have their own Air Batu Campur, fondly called ABC or sometimes Ais Kacang. The name actually means ‘mixed ice’ and it is one of the most adored dessert drink in Malaysian gastronomic history.

The basic components of a traditional ABC consist of shaved ice and red beans, finished off with a rose or sarsaparilla syrup as the topping. Be that as it may, the current ABC has an assortment of colours and a huge selection of toppings. Nowadays, one can enjoy theirs with frozen yogurt, palm seeds, sweet corn, grass jelly and alongside the syrup, it is ordinarily finished with sweetened condensed or evaporated milk as a final touch.

This dessert drink’s popularity is spread all across Malaysia and can be found everywhere. The hot and humid climate of Malaysia can make everyone dehydrated on a hot scorching day and ABC can simply quench that thirst away.

Leng Chee Kang is a healthy dessert drink made popular by the Chinese community. Believed to have a cooling effect on the body, it can be served warm or cold and is particularly favoured during hot and humid days. While it is not exactly a Chinese New Year dish, it is one of the most loved treats for numerous celebrations and festivals.

The fundamentals for this dessert drink may differ from place to place yet the primary ingredients used are lotus seeds, longans, dried persimmons and malva nuts, which the Malays call Kembang Semangkuk. Other versions of Leng Chee Kang may contain nuts, grains, quail eggs, collagen, grass jelly and basil seeds.

This dessert drink is famous in Malaysia and it can be found everywhere, not only during the festive seasons. Many restaurants and stalls in Malaysia offer a variety of Leng Chee Kang but the traditional one is always the best!

It is a type of coffee that originates from Ipoh, ranked among the top three coffee towns in Asia by Lonely Planet. Truth be told, Ipoh is a popular stopover for people to appreciate nearby attractions and obviously, to take in the taste of that renowned Pak-ko-pi.

Pak-ko-pi is the Cantonese word for white coffee which represents the brewing process of the coffee beans. It is processed without added substances or ingredients. The word white here means that the coffee is unadulterated or pure. The roasting procedure for a standard coffee ordinarily includes roasting the beans with sugars, margarine and wheat. White coffee on the other hand is roasted with margarine, without the sugar, which gives the coffee a lighter colour. When you drink the white coffee, you can taste the diverse layers of flavours in the coffee, which is thick and aromatic.

As mentioned, Ipoh is the city that offers the original white coffee. OldTown White Coffee is one of the Malaysian restaurants that is famous for their white coffee so whenever you happen to be in Ipoh, be sure to try the Pak-ko-pi.

Milo is a chocolate malt drink powder that is favoured by Malaysians. Manufactured by Nestle, it is a staple for every child growing up. Milo Dinosaur or Milo Tabur is a Malaysian composed of a cup of iced Milo with undissolved Milo powder added on top of it.

“Dinosaur” in the beverage’s name on its own means: A heap of Milo powder on top of the iced drink. Also known as “milo-godzilla” and “ta-chiu”, the drink is made by adding a generous amount of undissolved Milo powder to a cup of iced Milo. The amount of powder added can be excessive or as little as a spoonful.

Those who love the refreshing taste of coconut may want to try the Air Kelapa Bakar version. In addition, those who drink it swear by its medicinal properties in increasing the body’s immune system, preventing diabetes and kidney stones and promoting fertility. They say that the Air Kelapa Bakar has softer coconut flesh, the consistency of jelly.

Fresh young coconuts are roasted whole inside a hearth or on a grill for up to four hours until the coconut water inside has boiled. Afterwards the coconut is left to cool before it is cut open and served. Some people drink it with a dash of powdered herbs – cinnamon, ginger, turmeric, and clove – to enhance the taste and aroma.

Popular since 2009, this drink can be found mainly in Sabah and on the east coast of Peninsular Malaysia. It is often sold at roadside stalls for RM 4.00 or RM 5.00.