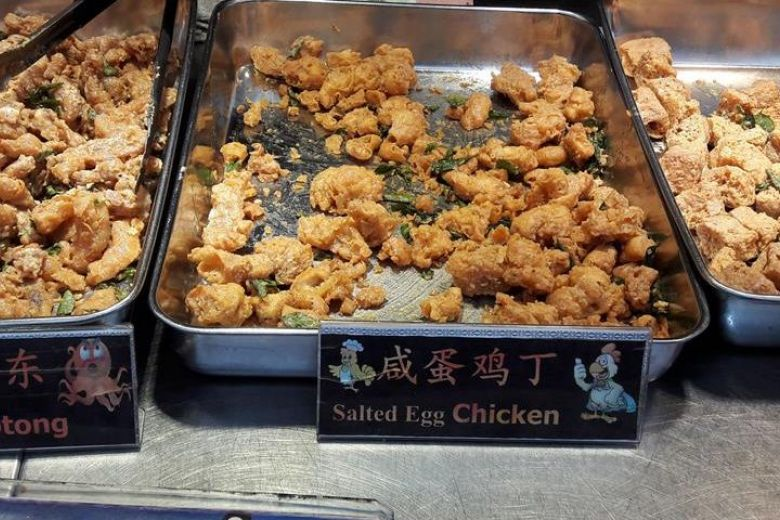 (THE STAR/ASIA NEWS NETWORK) – Trends come and go and this ebb and flow is a natural phenomenon, particularly in the food scene where food fads reach a peak, before inevitably finding contact with the force of gravity.

Just a few years ago, cupcakes, kale and doughnuts were being heralded and championed, but all have now fallen by the wayside in favour of current obsessions like turmeric latte, acai bowls and avocado toast.

And then there is the ubiquitous salted egg yolk, an age-old fixture in the local culinary tapestry that has somehow reinvented itself in the 21st century, where it has morphed into an unstoppable modern juggernaut.

Salted eggs originated in China centuries ago and typically involve duck eggs, which are richer, have more Omega-3 fatty acids and contain more cholesterol (three times more!) than chicken eggs. According to an article in the Michelin Guide Singapore, the earliest recorded mention of salted duck eggs was in the Qimin Yaoshu, an ancient Chinese agricultural text dating back to the fifth century AD.

Research published in the August 2015 edition of scientific journal Poultry Science indicated that salted duck eggs were first developed to prolong shelf life, as there was no refrigeration at the time.

Salted eggs are made by either brining the eggs in salt or encrusting them in salted charcoal. In most local supermarkets, salted eggs are typically sold with the charcoal coating, which consumers remove before cooking.

Salted eggs have a rich, almost opulent taste, with bright yellow yolks that have a grainy, oily texture that bind well with most ingredients. The saltiness is inherent in every mouthful – reportedly each salted egg contains 10g of sodium.

According to local food historian Ahmad Najib Ariffin, better known as Nadge, salted eggs have long been a traditional staple in Malaysia.

“Salted egg, or telur asin – interestingly not so much called telur masin (Malay for “salty”) – has long been a local and traditional staple side condiment in local food not just in Malaysia but throughout the Malay archipelago, where it is consistently named telur asin even in Indonesia and Brunei. Thus, being traditional it is not new.

“In kampung or village food there is even telur asin pedas (spicy salted egg) and a medicinal telur asin halia (ginger salted egg). If these were not already traditional, they’d probably be praised as innovative!” he says.

Salted egg dishes are also a traditional pantry must-have in Chinese cuisine, with dishes like congee often flecked with salted egg yolks, which are believed to eliminate heatiness and help with diarrhoea.

While its place in traditional food is deep-rooted, a few years ago, salted egg yolk began shedding the traditional shell (pun intended) it had long been associated with in favour of modern iterations. Suddenly, it was a mainstay on menus everywhere, specifically the more hipster affairs that millennials were frequenting.

Even hawker stalls got in on the action – the popular Ultraman stall, a frequent sight at pasar malam offers salted egg yolk mantis, squid, chicken, tofu and pumpkin made fresh on site.
WHY IS SALTED EGG YOLK SO POPULAR?

According to Nadge, there are many reasons for the popularity of salted egg yolk.

“I would say it did not become mainstream as it was common and thus already mainstream, but somewhat neglected. What has happened is that it has become celebrated or even one could say gentrified and carrying it further, it has become fusionised with just about anything one can think of – and finally commercialised.

“It became these things for a simple reason; people are always looking for, 1) more intense tastes, and 2) that single something to be rediscovered and/or reinvented. Salted egg, and by extension salted egg yolk with its intense saltiness mixed with that grainy sensation on the tongue fit the bill nicely for both reasons stated.” he says.

Meanwhile Ivan Lim Huan-Wen, founder of Hou Sek Gourmet Snacks (which makes salted egg yolk fish skin and potato chips) believes that salted egg yolk has been increasingly popular thanks to a spurt of originality and creativity on the part of local entrepreneurs, as well as a local proclivity for shiny new things.

“The gastronomic scene has been very exciting in recent years. People are more adventurous and want to try new, different or even weird foods and food combination. But having said that, we believe it’s the creativity of this new generation that has elevated this humble egg yolk sauce,” he says.

Although Lim believes that the salted egg yolk trend will continue to grow for at least the next two years before potentially fading a little, Dotty’s marketing and PR manager Nor Natrah Omar Abd Rahim thinks the trend will continue to grow indefinitely. In fact, the eatery is now planning to expand its outlets (it has three now) as well as its salted egg yolk repertoire.