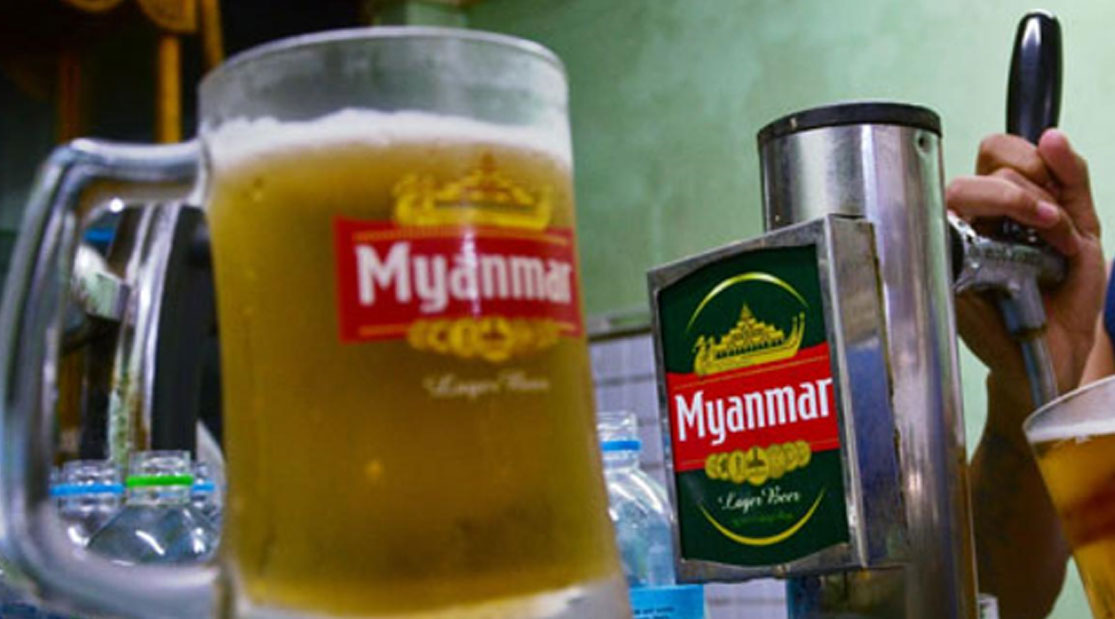 Myanmar’s Ministry of Commerce has drafted regulations that would allow the import of foreign alcohol, a senior official says, and in the process overturn a decades-old ban that has encouraged rampant smuggling.

The rules have come out of a review that the President’s Office initiated earlier this year at a meeting of the National Economic Coordination Committee, said U Khin Maung Lwin, an assistant secretary in the office of the minister for commerce.

The Ministry of Commerce was put in charge of the review and has formed a committee led by the deputy minister that also includes the permanent secretaries of other ministries.

The committee is examining not only the import but also the manufacture and distribution of alcohol, as well as excise rules, said Khin Maung Lwin.

“Our ministry has drafted rules outlining the procedure for foreign liquor imports. The committee is reviewing the rules in cooperation with other ministries. [Imports] will be allowed once consultation with the ministries has been completed,” he said.

A spokesperson for French distilling giant Pernod Ricard’s Myanmar partnership said the review was “a very positive move” that would be welcomed by the foreign business community.

“We are also impressed by the dialogue that the authorities have engaged in with us, which is fruitful and positive,” said Mr Matthieu Glorieux, the managing director of Asia Beverages Co Ltd. “We expect to see a breakthrough in the comings weeks or months, and in any case by the end of the calendar year.”

Alcohol imports have been under tight restrictions for more than five decades. The military government introduced the current ban in 1995 through a regulation to support domestic production.

In 2015, the government relaxed it slightly to allow for the legal import of wines, but only hotels and duty-free outlets are legally permitted to import beer and spirits.

This ban has not caused supplies to dry up, however. Foreign alcohol is instead smuggled across Myanmar’s porous borders in large quantities and sold openly in many shops.

Customs Department figures show that 1.3 million litres of distilled spirits worth $7,940,692 was legally imported in 2017-18, but the black market is thought to be worth at least several hundred million dollars a year. Trade Map figures show Myanmar’s trade partners recorded spirits exports of $90 million in 2018, but much more is likely to go unrecorded.

The potential lifting of the import ban is also likely to have an impact on the beer market. Global research firm Euromonitor International estimated that 30 percent of all beer consumed in 2016 was illegally imported, costing the government around $50 million a year in tax revenue.

Khin Maung Lwin cautioned that the government was unlikely to throw open the doors completely to alcohol imports.

“The liberalisation could proceed but with some restrictions ­– for example, based on price,” he said.

Importers will likely need to have an official partnership with the producer of the brand they are importing, he added.

Glorieux suggested that local producers might require a transition period before the market is completely opened. For example, the government could initially only allow imports of foreign spirits with a retail price above US$8 a bottle.

“This is well above the maximum price of local products currently and should offer sufficient protection while maximising the shared benefits of an opening,” he said.

The review process follows several years of intense lobbying by foreign spirits players, who have been frustrated by what they perceive to be hollow promises on liberalisation and are pushing the government to open up the market in line with its World Trade Organization obligations.

Foreign spirits companies have undertaken their advocacy primarily through the European Chamber of Commerce in Myanmar (EuroCham) and the Asia Pacific International Wine and Spirits Alliance.

At the same time, local producers have sought to push back against liberalisation efforts, primarily through the Myanmar Liquor Association.

This battle between groups advocating and opposing liberalisation is now being fought out on the committee, with both sides submitting documents, presentations and analysis to support their position.

Glorieux said a broad coalition including the Asia-Pacific International Wines and Spirits Alliance, which comprises all the largest global wines and spirits producers, and several Myanmar industry associations had endorsed a position paper supporting the opening of the market.

They argue the benefits would include reduced public health risk, cracking down on illicit trade, increasing tax revenue, removing unfair competition for local producers, and supporting the food and beverage and tourism industries.

Khin Maung Lwin said the committee had considered “suggestions” from EuroCham, the Myanmar Retailers Association and the MLA when it was drafting the rules to allow imports.

He said the MLA “doesn’t propose keeping the ban on, but wants a partial liberalisation”.

The association’s joint secretary, U Win Thaw, refused to disclose what the MLA had proposed to the committee.

“We have presented how other developed countries liberalised such imports … and suggested how our country, as a developing country, should proceed,” he said.

“We generally do not oppose the foreign liquor imports. In fact, we welcome it as foreign liquors such as Johnnie Walker are not our competitors.”

The association had sought help from “professional advisory groups” to prepare its advocacy documents, he said.

But allowing imports through a regulatory change is only one aspect of the reforms being considered.

As part of the review process, the General Administration Department is also drafting changes to the Excise Act, which dates to 1917 and controls licensing of wholesalers, distributors, retailers and hospitality outlets.

“The committee is also negotiating with the GAD to amend the Excise Act. The amended Excise Act will be sent to the Attorney General’s Office for comment soon,” Khin Maung Lwin said.

While the law does not ban foreign alcohol imports, it gives GAD the power to limit the number of alcohol licences it issues to businesses.

There are more than two dozen categories of licence, all of which must be renewed annually.

As a result of this policy, the licences are often resold on the black market. In April, Myanmar Business Todayreported that licences to store and distribute alcohol that officially cost K3 million were selling for K14 million.

Khin Maung Lwin said it was important that the entire framework be reviewed and overhauled.

“GAD just renews old licences; it doesn’t issue new licences. While liberalisation could still occur even if the Excise Act is not amended, it would be better if the law is amended at the same time.”