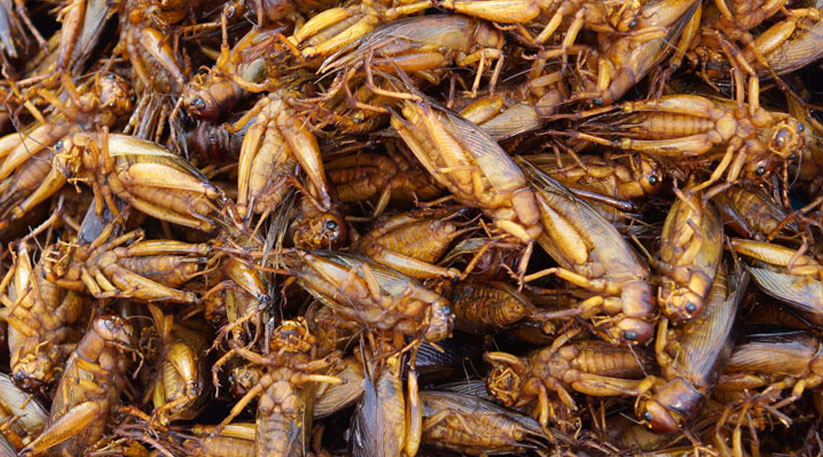 KUALA LUMPUR: Cricket, an omnivorous insect, is making a presence in Malaysia as a superfood and sustainable substitution for protein as it is high in calcium and iron, courtesy of a company called Ento.

Founded by lawyer-turned-entrepreneur Kevin Wu Khai Woon, 26, Ento is making a mark in supplying crickets as an alternative protein source.

The company, established last year, has an indoor cricket farm here and produces roasted crickets with original taste, as well as in Korean kimchi flavour and salted egg yolk flavour.

They are offer crickets in granola protein bites and in powder form.

“Breeding crickets is also highly sustainable since it requires less land and water, and emits lower greenhouse gases, ” Wu told Bernama on the sidelines of the International Greentech and Eco Product Exhibition and Conference Malaysia (IGEM) 2019 held at the Kuala Lumpur Convention Centre.

“It takes them two months to grow into mature crickets in a controlled environment, before processing them into consumable superfood.

“Once the crickets mature, we freeze them and then rinse them in hot water to get rid of any remaining bacteria before we slow-roast them in our industrial oven.

“The roasted crickets will be crispy and crunchy before we send them for lab test to ensure there is no harmful bacteria and that they have high nutritional value, ” he said.

Wu disclosed that the product had been registered with the Ministry of Health and tested in accredited labs before being commercialized.

“We are also in the process of getting Good Manufacturing Practice (GMP) and Halal certification,” he added.

“So far, we have been exporting our products to the United States, Singapore and Australia, and we are not just catering for the consumer market, but also business to business, ” he said.