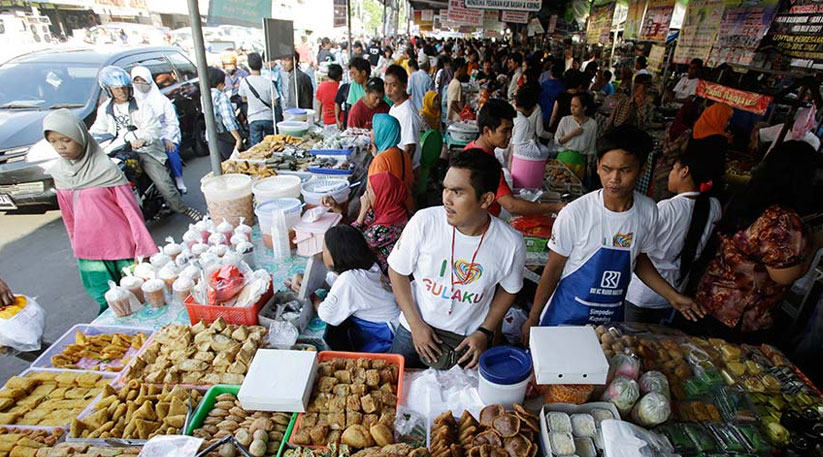 Food and beverage (F&B) industry players are gearing up for the fasting month of Ramadhan, where demand for sahur (pre-dawn) and iftar (breaking the fast) meals is expected to increase.

Publicly listed fast food restaurant operator PT Pioneerindo Gourmet International director Henkie Sutjieawan said the company had been preparing for the fasting month for some time. He said he was confident that the company, which operates restaurants such as CFC, Cal Donat, Sapo Oriental and Sugakiya, would see an increase in sales during the holy month.

“Our target is to increase sales by 15 percent during this period,” Henkie said as reported by kontan.co.id.

Similarly, PT MAP Boga Adiperkasa Utama (MAPB), a unit of multibrand lifestyle retailer Mitra Adiperkasa, expects the Ramadhan month to be an opportunity for the company, which operates cafes and restaurants such as Starbucks, Pizza Express, Godiva, Cold Stone and Krispy Kreme, to increase its sales.

MAPB president director Anthony Cottan said that on past form sales in the first week of Ramadhan would slightly decrease. The second week would stay flat, followed by a normal third week and would continue to increase until Idul Fitri.

“A week after Idul Fitri, [sales] will increase by 10 percent because there is a 10-day holiday. [Sales] in malls will be good because although offices are closed, 50 percent of our stores are in malls and only 20 percent are in offices so malls will be more powerful,” Anthony said, adding that sales during Ramadhan would vary depending on promotional strategies.

“The increase [during Ramadhan] is usually significant, it can be up to 30 percent from the normal [sales figure],” Elizabeth said, as reported by kontan.co.id. (dwa)