India Could Face Seafood Shortages As Sea Catch Is Declining 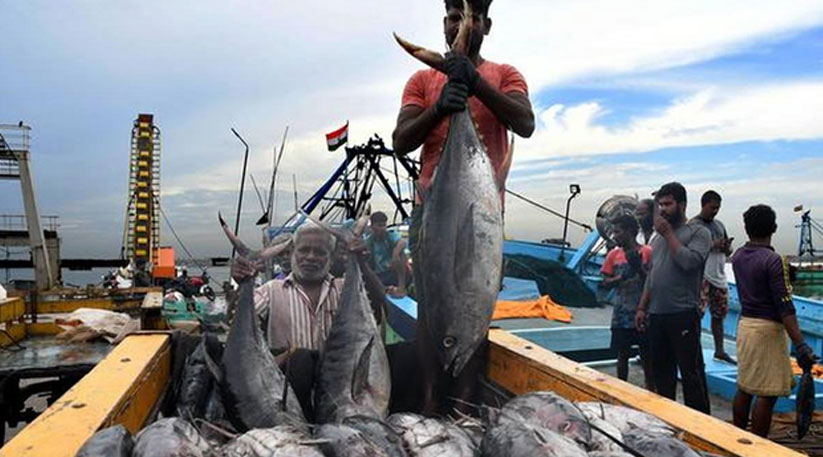 The dwindling sea catch on the country’s West Coast seems to be a cause of worry for seafood exporters, as they fear that the raw material shortage is likely to impact the country’s export basket in the current financial year.

Citing climate change as a reason for the declining sea catch, Alex Ninan, president, Seafood Exporters Association of India – Kerala Region, said that deep sea catch from Kerala to Gujarat has been witnessing very low arrivals of sea materials, especially shrimp varieties such as poovalan, and karikkadi. The raw material shortage was almost 60 per cent, including the most sought after varieties, such as seer fish, pomfret, mackerel, and ribbon fish in the overseas markets. According to him, arrivals in the fish landing centres were low in the last couple of months, which would have an impact on exports in terms of quantity. However, the raw material shortage has not made any impact on the East Coast, as the region is mainly dependent on aquaculture, especially Vanammei shrimps.

Ninan said the global slowdown has not significantly impacted seafood exports, as Indian products are well accepted in international markets, especially in the US, Japan and China. There may be some fluctuations in prices though, he added.

“The trend, so far, is positive with exports picking up in the first six months. Aquaculture production has also gone up with rise in area of cultivation, mainly in Andhra Pradesh,” Srinivas said.

However, he attributed long fishing holidays, weather alerts, and changes in rain pattern as some of the contributing factors for declining sea catch. The fishing days too did not yield adequate catches due to cloudy and rainy weather. Aquaculture shrimp exports from the East Coast have shown improvement, helping reduce the dip in export value.

China is an emerging and promising market for India’s marine products exports, which posted a 300 per cent rise. “We are looking at China in a big way. Mpeda is to participate in the ensuing China Fisheries and Seafood Exhibition at the port city of Qingdao by opening an Indian pavillion,” the Chairman said, adding that he is leading a trade delegation along with 40 exporters. “Apart from China, Korea is also in our focus, and we will be sending a delegation in the next couple of months. A Singapore delegation visited Mpeda for technology exchange for soft shell crab farming and also ‘smart’ aqua farming,” he said.