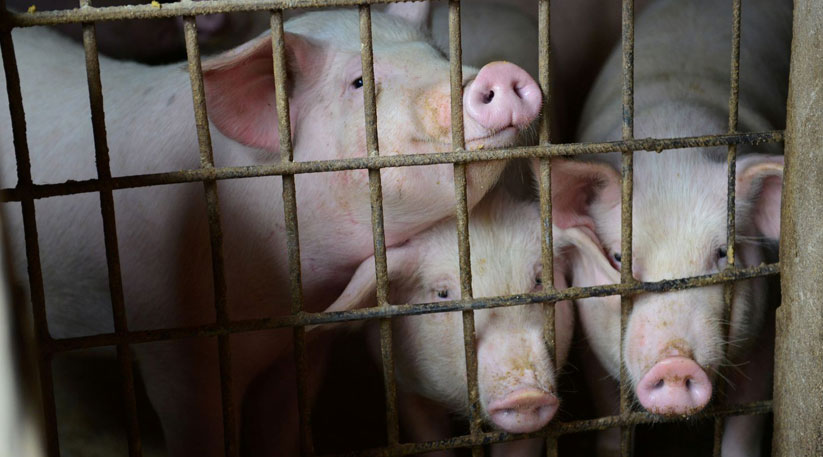 With the spread of the deadly African Swine Fever in neighboring Myanmar, Thailand’s biggest food companies are funding police to protect the country’s $3.3 billion a year pork industry.

These companies, responsible for 80% of the Thai pork supply, used their own resources due to lack of available state funds.

When asked how much the three companies raised, they declined to comment saying the sensitive topic should be handled by the government.

There’s no official statement yet, as of this writing, from the Agriculture Ministry.

Authorities from Thailand’s Agriculture Ministry, Interior Ministry, and the Royal Army will watch these checkpoints.

Surachai Sutthitham, president of Swine Raisers Association of Thailand, said the checkpoints will have antiseptic sprays to douse down all trucks carrying livestock that includes cattle, poultry and even feeds before entering Thailand.

Livestock Development Department Director-General Sorawit Thanito said that it is “a progressive reaction from those private firms” what they did because they realized they need to do something quickly to protect themselves and the reputation of the country as a world food exporter.

Though neighboring China got the African Swine Fever in 2018, fear intensified just this September when dead pigs were found drifting along the Ruak River that borders on Thailand and Myanmar.

Myanmar got declared by the World Organization for Animal Health in August as being infected with the livestock disease.

Thailand immediately culled 300 pigs in its northernmost Chiangrai province by the river, meeting the Mekong at the Golden Triangle bordering Laos, Myanmar, and Thailand.

Likewise, since August 2018, the Thai government barred pigs and all pork products from neighboring Cambodia, Laos, Myanmar and Vietnam.

The Thai government will meet with its regional peers early this month to discuss how to contain the disease.

Sorawit said that although 80% of Thai pigs are raised in tightly controlled farms by the three companies, there are nearly 200,000 small farmers that need to be monitored so all animals get reared and slaughtered hygienically.

As part of the initiative, all pigs within 5 km of infected ones must be killed.

Thai farmers will be given a 70% compensation of the price that each animal would have fetched.

A small farmer in Nakonpanom province that borders Laos said that if only one small farm got infected, it could destroy all of Thailand’s pork supply chain.

Thailand is the biggest pork supplier for the Mekong region with exports of 1.3 billion baht ($42 million) to Cambodia during the first eight months of 2019.

Thai pork is also in demand in China.

The Swine Raisers’ Association of Thailand forecast that pork exports to Hong Kong could even increase this year from 1,408 tons in 2018.