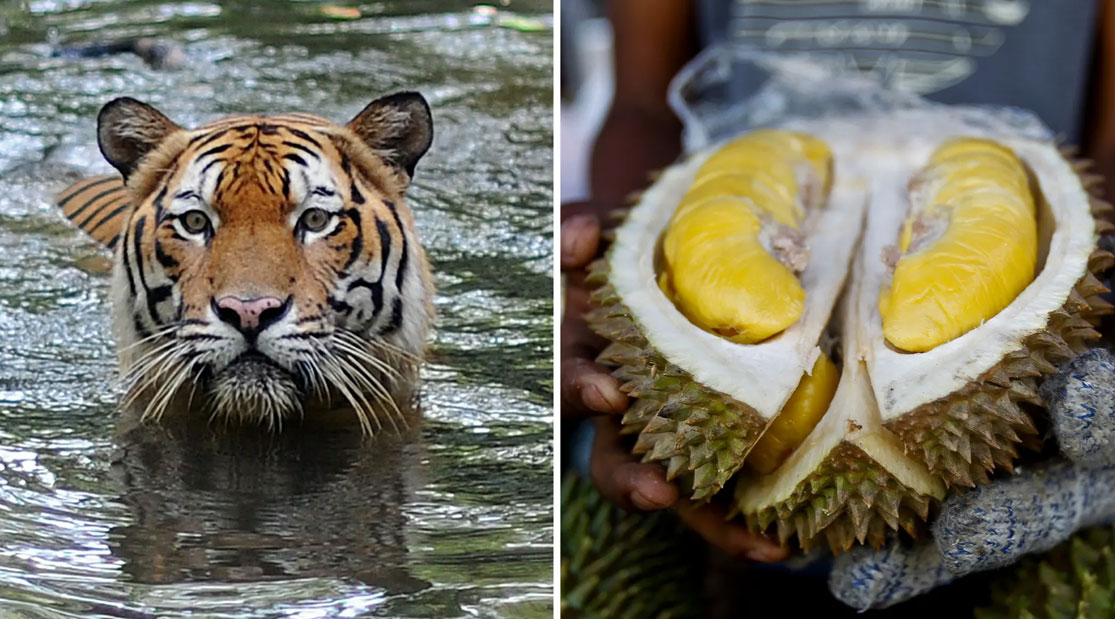 The habitat of one of the world’s most endangered tigers is under threat, according to environmental groups, as forests in Malaysia are cleared to meet growing demand for durians, the divisively pungent fruit hugely popular in China.

Forests in the region of Raub in Malaysia, which has become a popular destination for Chinese and Singapore tourists on “durian tours”, are being burned and cleared to make way for plantations to grow the Musang King variety of the spiky but stinky fruit.

The land is home to the Malayan tiger, which is considered “critically endangered” with fewer than 300 left in the world. Environmental groups have said destroying their habitat could have a “devastating” impact on the tigers’ survival.

Siti Zuraidah Abidin from WWF Malaysia said the Hulu Sempan area, where new plantations are planned, had been designated an “expected tiger habitat”. The area is adjacent to a protected area where the tigers live, she said. Malayan tigers are found only on the Malay Peninsula and in the southern tip of Thailand.

“Land clearing at Hulu Sempam can cause the wider forests to be fragmented, which in turn can affect the wildlife movement,” she said.

It is believed 1,213 hectares of land in Hulu Sempan will eventually be be cut down for the durian plantation by Perbadanan Setiausaha Kerajaan, a company linked to the government.

“The project on that site does not need permission from the forestry department,” confirmed the Pahang Forestry Department.

The demand for durian in China has driven up prices and led to a surge in large-scale durian farming in Malaysia over the past year, with some predicting they could eventually replace palm oil as Malaysia’s biggest export. However, just as palm oil has led to the destruction of the habitat of endangered wildlife such as orangutans, campaigners are concerned the shift towards durian will prove equally destructive to the endangered tiger population.

It is a lucrative market. The value of China’s fresh imports of durian fruit has climbed an average of 26% a year over the past decade, reaching $1.1bn in 2016.

The fruit’s odour has been described as resembling feet, onions and manure. It is so smelly that it’s banned on Singapore’s Rapid Mass Transit system.