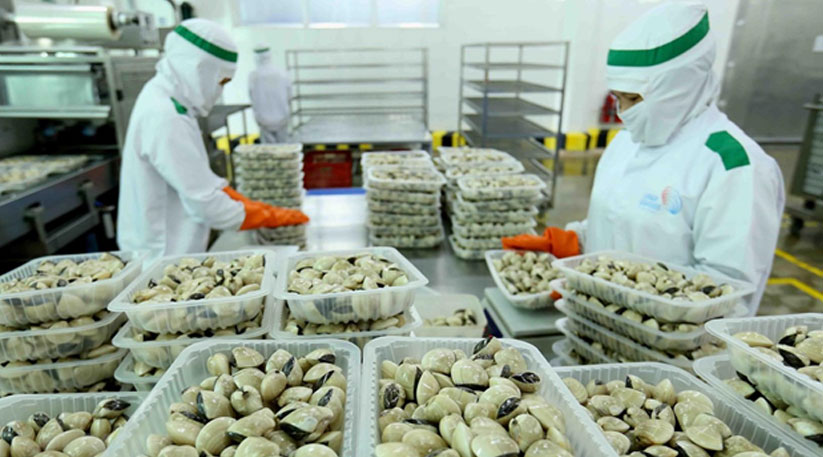 China’s General Administration of Customs has given the green light for the country to import three more species of Vietnamese aquatic products, according to the Vietnamese Ministry of Industry and Trade’s Asia – Africa Market Department.

The products include Ngao Hoa, Ngao Trắng and Nghêu Lụa, which are all types of clams.

This decision brings the number of aquatic products Vietnam exports to China up to 48 that are used to process food, in addition to 36 ornamental species and one for breeding.

China’s General Administration of Customs said it had evaluated the Vietnam’s seafood control system, showing the origin of the three aquatic products, which are naturally exploited, managed and certified by the Vietnamese side with an assessment process similar to China.

China also suggested Vietnam should conduct quarantine tests and issue certificates in the form agreed by the two parties so that Vietnam’s seafood exports to China can be facilitated smoothly.

The Vietnam Association of Seafood Exporters and Producers (VASEP) said that seafood export to China may increase rapidly in the final months of the year due to its increasing demand for seafood.

VASEP noted that with increasing income, Chinese people prefer high quality products that met the level of food safety standards required in demanding markets such as the US, EU and Japan