The Food Industry – Moving Toward Standardisation 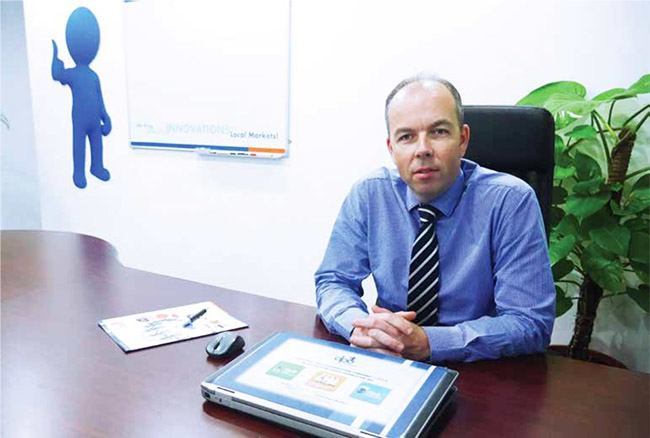 Daniel Pans wears many hats. Besides being the Deputy Chairman of EUMCCI and a Co-Sector Leader of SEBSEAM-M’s Agribusiness Services, he is also the President of the Malaysian Belgium Luxembourg Business Council (MBLBC) and the group managing director and owner of DPO International, a pan-Asian food distribution company with 20 sales, marketing and distribution locations across seven Asian countries and one of the main sponsors of the EU-ASEAN Forum on Food Safety.

Pan’s interest in the agribusiness started at a young age as his father had a fruit farm and his formative years were spent helping his father on the farm. Right after university, he established his company DPO International in 1993 and decided to base himself in Japan, one of the most demanding food markets in the world. Since 1999 he has made Malaysia his headquarters. With over 20 years of accumulated experience, Pans knows the food industry in the region inside out and his advice is highly sought after.

EUMCCI REVIEW (ER): How did the forum go?

MR. DANIEL PANS (DP) It went very well. We had a very good response in terms of getting high-caliber speakers and panelists to join us. We managed to attract numerous key-decision makers from the region as well as policy advisors from Europe.

It was clear that many countries were facing similar issues and that there was no point for each country to come up with its own set of rules, only to run into ‘regional walls’ later.

ambition of bringing together academicians, regulators and industry operators. In the beginning, some of the participants took a bit of time to get used to the format. However, by the end of the forum, nearly all the participants expressed the view that there is a clear need for more of this kind of dialogues, where members from the academic, enforcement agencies and the operational side of the industry could exchange views and experiences on various issues affecting food safety. “It really was an eye-opener to have all the different views in one room,” said one of the participants.

This forum made people realise that what ASEAN needs first and foremost is a dialogue among its members to sort out the various issues concerning food safety. Many took the view that there was a great benefit at looking at the regional approach rather than for each country to look for its own national solutions. It became clear that many countries were facing similar issues and that there was no point for each country to come up with its own set of rules, only to run into ‘regional walls’ later. Collaboration and dialogue were not only useful to have but also necessary.

Issues concerning food safety were looked at from inside individual country’s needs, as well as from the perspective of what each country was doing trying to get export- clearance of food items to the EU. But there was no mention of the benefits that a harmonised food-legislation would bring to intra ASEAN trade. The benefits of concepts like standardised labeling, uniform HS- nomenclature or compatible traceability- platforms would be clear and immediate for the local farmers and SME’s who want to export and market their products to neighbouring countries. Attempts to take such a joint regional approach, gathering input from across the wide spectrum of players, have been insufficient and therefore highly appreciated.

All delegates were also aware that the standardisation in food safety among ASEAN countries would not be implemented overnight as this will require, among other things, a harmonisation of customs practices and regulations in each country. This is an issue that has to be addressed at governmental level by the respective countries concerned. ASEAN can learn about standardisation from the EU experience and the EU does have plenty experience to share, which could dramatically shorten the learning and implementation curve for ASEAN. There is a lot of sensitivity involved when it comes to food and a two day forum like this cannot be expected to solve long standing problems.

Everybody agreed that there is a need to make this forum a yearly affair. It was equally clear that a bigger participation from the industry. If companies want their concerns to be heard by the policy-makers, this is the perfect platform for them to participate in the debate and help craft policies and best-practices that are both workable and efficient.

EUMCCI REVIEW (ER): Why did some of the industry players stay away from the forum this year?

MR. DANIEL PANS (DP)Since it was the first of its kind, I think some decided to watch it from the sidelines to see what possible impact on legislation a forum like this could have. That is very understandable. Having seen the forum and the kind of enthusiastic response it has gotten from all the players, I am confident that next year more companies will want to take part because the issues discussed concerns them. The food industry knows that things have to change if there is to be standardisation at a regional level. A forum such as this is a great way to start the conversation moving towards that goal.

MR. DANIEL PANS (DP) From our experience, we know that Malaysia is one of the most developed countries in ASEAN in terms of food legislation and food logistics. In other words, there are clear directives on the handling of food, on food labeling, on import- and export legislation etc. Malaysia still has some issues such as for example — the two sets of nomenclature between the Asean Harmonised Tariff Nomenclature (AHTN) and the Perintah Duti Kastam (Custom Duties Order); the very low export value threshold of RM 5,000 to allow for a simplified declaration and the equally low ‘de minimis value’ for tax-free low-value imports — so there are some issues that would benefit from revision. Nevertheless, Malaysia can measure itself with the very best in Asia, and being the chair of AEC (ASEAN Economic Community) next year, Malaysia has a unique opportunity to stimulate the harmonisation of these practices across the region.

Some neighboring countries are not there yet and this hampers the free-flow of trade, both intra-regional as well as with other regions in the world. Product registration requirements differ greatly from country to country and the time taken to register new products can take anywhere from three months to two years! So you can imagine the kind of havoc this creates when stimulating regional and international trade.

I am confident that next year more of the industry players will want to take part because the issues discussed concerns them.

For companies like ours, which bring food from all over the world into this region, as well as market and distribute food products within the region, the issue of standardisation is very important. Clear, efficient and easy to comprehend guidelines will allow local companies and consumers to benefit from food innovation achieved overseas. In order to be able to introduce these new innovations into local markets, we as food importers need clear guidelines, especially in terms of labeling, so that beneficial claims made are easily understood, without being over or understated. What’s happening in ASEAN now is that different countries have different food-laws, which means that many producers might forego on the smaller markets, as their demand does not create enough economies of scale to allow for customized packaging or ingredients.

That is not good practice in this increasingly globalised trading world. With the AEC becoming a reality in 2015, it is important for companies like ours to take an active part in wanting uniform regulation and harmonization in food safety for ASEAN. Once this is achieved not only will it increase ASEAN’s trade with EU but also intra ASEAN trade as well.

EUMCCI REVIEW (ER): What did this forum achieve?

MR. DANIEL PANS (DP) The very fact that it happened and got all the ASEAN countries talking about food safety issues in one forum is a big breakthrough. This conference I believe will speed up the process of a harmonised view on “needs and wants” with regards to issues of food safety within ASEAN.

EUMCCI REVIEW (ER): So what next, now that the conference is over?

MR. DANIEL PANS (DP) A white paper on the forum’s findings will be released shortly. It will include recommendations on what to do next. Since we are hoping this conference will be an annual affair, we plan to engage the public via social media to create more awareness about the whole issue of food safety

It is very important for the consumer to know what goes into the food that they are eating. We don’t have to be a food scientist to know the technicalities behind the ingredients in the food, but we deserve to have proper and accurate information on the food labels to inform us about what we are consuming. The only way to do this is to increase consumer awareness and that’s where the social media comes in. We hope this will be one more of the lasting contributions of this forum and therefore, for next year’s event, we plan to invite consumer groups as well. EU