Vietnam is Facing Adversities in Exporting Its Rice 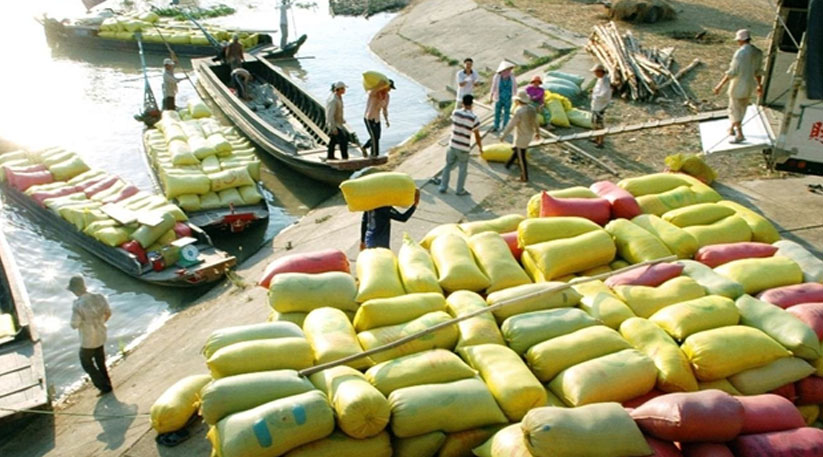 HANOI — Vietnam will face difficulties in exporting rice in the short term due to obstacles in most major markets, such as China and the Philippines, according to the Ministry of Agriculture and Rural Development (MARD).

Local traders said China’s demand for rice was still high, but Chinese importers have cut back on purchases from Vietnam because of new technical barriers imposed by the Chinese government. Accordingly, besides increases in import duty to China, the country has strengthened quality control of goods and inspection of food safety. Therefore, Vietnam’s rice exports to this country have plummeted.

At present, Vietnam has 21 enterprises which have received permission to export rice to China. From 2019, China also required licensed enterprises to register total capacity of their factories and they will not be allowed to export more than that. Their licences would be revoked if the volume of rice exported are higher than the registered capacity, according to the ministry.

It said after approving policies to promote rice imports about six months ago, the Philippines has a high inventory of rice at present. The country’s farmers asked the Government to support them in rice consumption because they face difficulties in sales. Therefore, Vietnam’s rice exports to this market are expected to fall in the near future.

Meanwhile, Vietnam’s rice exports to the EU are expected to grow strongly in the future due to the positive impact from the EU-Vietnam Free Trade Agreement (EVFTA) when it comes into effect.

To take advantage of the deal, Toàn recommends that local rice export enterprises need to improve their product quality, implement rules of traceability and promote branding.

The Ministry of Industry and Trade needs to step up trade promotion activities, especially for China to maintain stable exports to this market, Toàn said. In addition, associations must actively support businesses in building production chains and brands for Vietnamese rice.

Phạm Thái Bình, director of Trung An High-tech Agriculture JSC, said the requirements of quarantine and traceability in the Chinese market is normal. Similar requirements have also been placed by other countries around the world.

Vietnam needs long-term solutions for rice exports, of which farmers and businesses need to cooperate closely in producing rice according to the quality standards in export markets, Bình said.

The nation has mechanisms and policies to encourage cooperation in agricultural production but the problem is that the businesses need capital for developing the rice supply chain with farmers. At present, Vietnamese businesses do not have the financial ability to purchase all rice from farmers during the harvest period.

According to Deputy Minister of Industry and Trade Trần Quốc Khánh, local businesses must ensure quality of exported goods to maintain their prestige and brand.

In the long term, the Ministry of Industry and Trade will propose MARD review the rice growing area and supply sources to balance market demands and improve export value of rice and profits for farmers.

The two ministries will also build an investment strategy for processing and improving management ability for quality of rice and other farming products to ensure a stable output, Khánh said.

According to MARD, Vietnam exported 4.54 million tonnes of rice in the first eight months of this year, earning $2 billion. The exports were up by 0.3 per cent in volume but down by 14.9 per cent in value year on year.

In the first seven months of the year, the Philippines ranked first in Vietnam’s rice export markets with 34.5 per cent of total exports, reaching 1.46 million tonnes, worth $589.4 million, an increase of 3.2 times in volume and 2.7 times in value year on year. Markets with strong growth in rice export value included Ivory Coast (up 64.5 per cent) and Australia (up 63.9 per cent).

The rice exports to China in the first seven months decreased by 66 per cent to 318,100 tonnes year on year. The average export price to this market in the seven months reached $433 per tonne, down 14.7 per cent over the same period in 2018.