UN: Almost Half A Billion People in Asia Are Undernourished 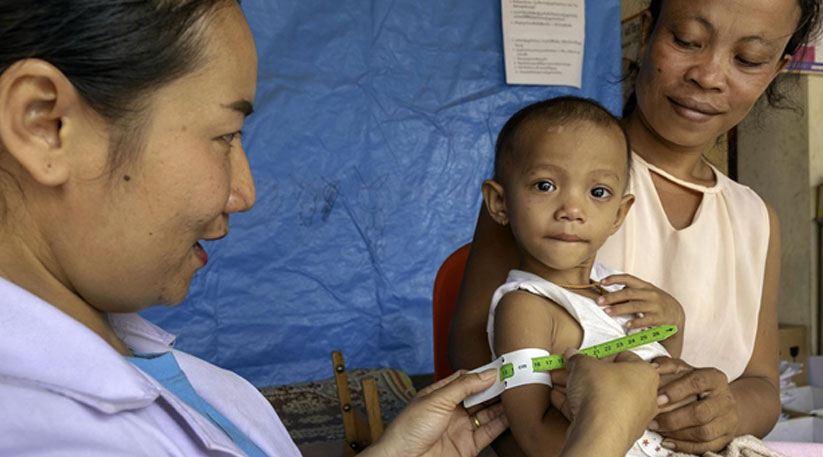 While impactful steps are being taken in eliminating hunger in the region, a UN report suggests that around 500 million people in Asia Pacific remains undernourished.

It is estimated that three million people in the Asia Pacfic region must be lifted out of hunger each month, over the next decade if the region is to meet the goal of eliminating hunger by the end of 2030, says a UN report.

“There is however an increased awareness in regards to obesity,” quoted David Dawe, senior economist for UN’s Food and Agriculture Organization (FAO) and an author of the report. “[That] is a good thing. However, we must also be sure not to forget about the large numbers of people who are still suffering some forms of undernutrition.”

It was estimated in 2018 that 77 million under five children in the Asia Pacific were stunted and 32.5 million children suffered from wasting, the report noted. Stunting rates exceeded 20% in a majority of the region’s countries, said the report, which was jointly released by FAO, the UN Children Fund, World Food Programme, and the World Health Organization.

“The Fight against child undernutrition is complicated by a general and growing prevalence of other forms of malnutrition,” said the report. “In many countries in the region, child undernutrition, overweight, obesity and micronutrient deficiencies are converging at the national level, in individual households, and even, in some cases, in the same person.”

“The most significant trend in the fight towards zero hunger in the Asia Pacific region over the past year is the growing integration of social protection with food security and nutrition initiatives,” Michael Samson, research director of the Economic Policy Research Institute, a global non-profit.

Samson points to Thailand, where the government has “substantially expanded” its four-year-old unconditional Child Support Grant for all children living in poor households: the benefit value has increased by 50 per cent, the age-range of coverage has expanded from 3 years to up to 6 years, and the coverage is becoming more universal—reaching poor and vulnerable households.

An April 2019 impact assessment found that the Thai grant resulted in “statistically significant impacts in improving food security and nutrition outcomes”, says Samson, who was part of the assessment.

Meanwhile, in 2014, the multi-donor funded Livelihoods and Food Security Trust Fund worked with NGOs to introduce a maternal and child cash transfer programme in select areas of Myanmar to help mothers buy nutritious food and access health services over the course of the first 1,000 days of their child’s life.

In addition to cash, pregnant women and mothers were made aware of the importance of a varied and nutritious diet. The programme was so successful in tackling stunting in a country, where one-third of under-five children suffer from the condition, that the World Bank recently approved US$100 million to expand it.

There are many other examples of programmes in Asia Pacific that blend social protection with food security and nutrition initiatives, notes Samson. “This trend follows a wave of global evidence demonstrating how providing social protection benefits builds the kinds of developmental synergies that multiply the nutrition impacts of health, education, livelihoods and food security interventions.”

For Dawe, the fact that many countries in the region are making progress on food fortification and eliminating trans-fatty acids from the food supply chain is the most interesting part of the annual report. “This progress will lead to improved nutrition in millions of people,” he says.

Dawe also hopes Asia Pacific countries will place more emphasis on agricultural diversification. “Efforts in this area will pay off in terms of more income for farmers and more availability of nutrition foods for poor consumers.