How Cargill is feeding a changing, growing world 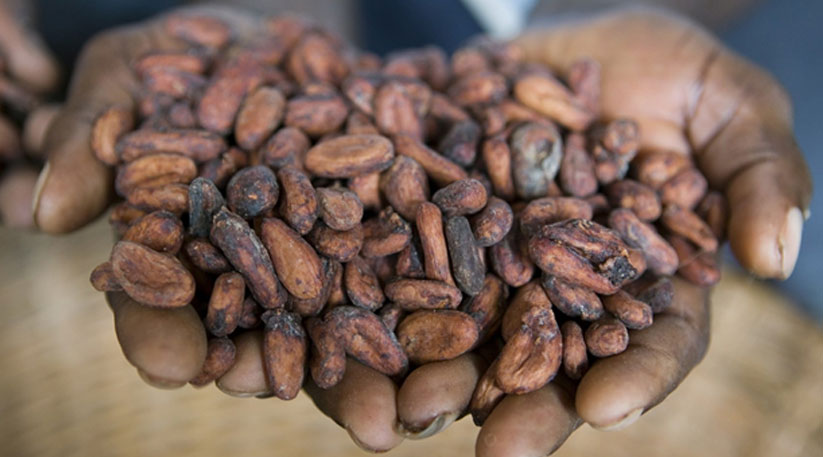 A cocoa farmer holds up his harvest. Cargill’s operations in Asia Pacific include cocoa, oil palm, and sugarcane cultivation, among others.

Will it be possible to end global hunger, given that one in nine people on the planet already lack enough food, and the number of mouths to feed is set to increase from 7.3 billion today to almost 10 billion by 2050?

How will the food system of the future feed more people without losing more forest areas to agricultural expansion? And with climate change causing increasingly erratic weather patterns and intense natural disasters, will farmers be able to withstand the impact on crop yields and their livelihoods?

As things stand, experts are worried.

In its 2016 Global Risks report for example, the World Economic Forum (WEF) identified food security as a key risk in the years to come, and has argued that the world’s food system needs “transformative change” to cope with these global challenges.

As Gerda Verburg, permanent representative of the Netherlands to United Nations agencies in Rome said in a recent WEF report: “We need to innovate to reshape the world’s food systems to be more inclusive, sustainable, nutritious and healthy.”

This is a need felt especially acutely in Asia, which is the continent with the most hungry people, and also a centre of production for rice, oil palm, maize, and other globally in-demand crops.  The region is at once one of the food system’s most vulnerable spots, and at the same time, in need of innovative solutions to adapt to the challenges of feeding an increasingly populous and warming world.

While everyone from policymakers to farmers to consumers has a role to play in solving the food system’s challenges, much of the responsibility — and scrutiny from consumers and environmental campaigners — has been directed towards the private sector.

One company that is all too aware of this, and sees major value in developing solutions to feed Asia and the world sustainably, is American food and agriculture giant Cargill.

Headquartered in Minnesota, the privately-held corporation has since 1865 built a global business spanning 70 countries and sectors ranging from commodity trading and processing, growing crops such as sugar, cocoa and oil palm, as well as providing energy, and financial services.

The company has a presence in 16 Asian countries including Indonesia, Malaysia, India, China, and the Philippines. It recently opened its first poultry processing operations in Indonesia and the Philippines to meet the region’s growing demand for protein-based foods.

While many of its expansion efforts in the region are a response to changing consumer preferences, Cargill has also devoted much effort to tackling broader issues such as land use change, farmer livelihoods, climate change, and water resources.

Singapore serves as its Asia Pacific headquarters. The company has about 450 employees in the city-state, and its trade and structure finance, tropical oils, and metals businesses are all headquartered in the country.

“We coordinate much of what is happening to our business in the region from here,” shares Van Deursen. “The strategic direction for sustainability in these businesses for the region is also decided in Singapore.”

One example of this is the company’s commitment to a sustainable, traceable, and transparent palm oil supply chain.

The palm oil industry has been blamed as a key cause of deforestation in Indonesia, sparking a backlash from consumers and green groups in recent years.

In 2014, Cargill pledged to build a traceable and transparent palm oil supply chain. This included a promise to not clear any land that was determined to have a high conservation value or is a carbon-rich forest landscape, stop developing on peat (a carbon-rich soil that burns when it is drained), and uphold the rights of indigenous people and local communities in the areas where it operates.

By 2020, the firm aims to have a 100 per cent transparent, traceable and sustainable palm supply chain.

To make sure the palm oil produced by Cargill and its suppliers is deforestation-free, the company uses industry standard methodologies to ensure that it does not clear forest that is carbon-rich, or socio-culturally important.

Making Cargill’s oil palm operations involves first, working directly with suppliers to identify the mills Cargill’s palm oil come from; and then, working with both the suppliers and mills to trace the palm oil back to plantation level.

The company also publishes regular implementation plans and progress reports to remain transparent and accountable to observers and stakeholders. And whenever there are forest fires in Indonesia, it publishes maps of its concessions and hotspots online.

Other efforts by Cargill to improve the sustainability of its operations include a move to increase the amount of renewable energy it uses in a bid to reduce its greenhouse gas emissions. Some 14 per cent of the company’s energy use is from renewable sources and the company says it is on track to increase this to 18 per cent by 2020.

To boost global food security, Cargill works to support smallholder farmers, a crucial cog in most agricultural supply chains. They often have low productivity due to a lack of equipment and know-how, and are especially vulnerable to climate change and crop losses.

Cargill offers training and support to these farmers to help them increase their productivity in a sustainable way, and also offers insurance for crop failures, along with promising a fixed, fair price so that they do not end up losing out if market prices are lower than expected.

One such initiative is the company’s ‘Cocoa Promise’, a 2012 effort to improve the lives of coca farmers in Indonesia, Ghana, Brazil, Cameroon, and Cote d’Ivoire. Steps taken to do so include setting up business-oriented farmer organisations to help entrepreneurial farmers manage their farms properly to training Indonesian farmers on how to improve the nutrition in their diets, so that they do not fall sick and miss work.

In total, Cargill has trained some 90,000 cocoa farmers on sustainable farming practices. In the process, it has improved its crop yields by 23 per cent and helped farmers achieve maximum profitability for their crops.

“As a result of these efforts, we are reducing costs, farmers and supply chain partners are benefitting from increased productivity and access to markets, and we are building sustainable supply chains,” says Van Deursen.

“Incorporating sustainability into our business gives us a competitive advantage in the marketplace and positions Cargill to succeed over the long term,” he adds.

The company has also engaged others in the industry, and beyond into its efforts.

Last October for example, it organised the Supply Chain Matters 2015 conference, which brought together government, private sector leaders as well as activists to discuss sustainable development challenges in Asia Pacific and beyond.

Beyond being an ideal location for bringing together stakeholders from across Southeast Asia to discuss sustainability matters, Singapore has also served Cargill well as a strategic location for its regional headquarters, says Van Deursen.

The country’s strong performance in areas such as ease of doing business, its anti-corruption record and political stability, as well as its strategic location in the region play a crucial role in the company’s success, he shares.

Going forward, the firm has its eye on meeting its various sustainability targets, even as it expands its production of commodities such as poultry, cocoa and corn in the region.

“Change is constant at Cargill,” Van Deursen says. “We remain committed to be at the forefront of innovation to help create healthy, nutritious and safe food that consumers want and need.”