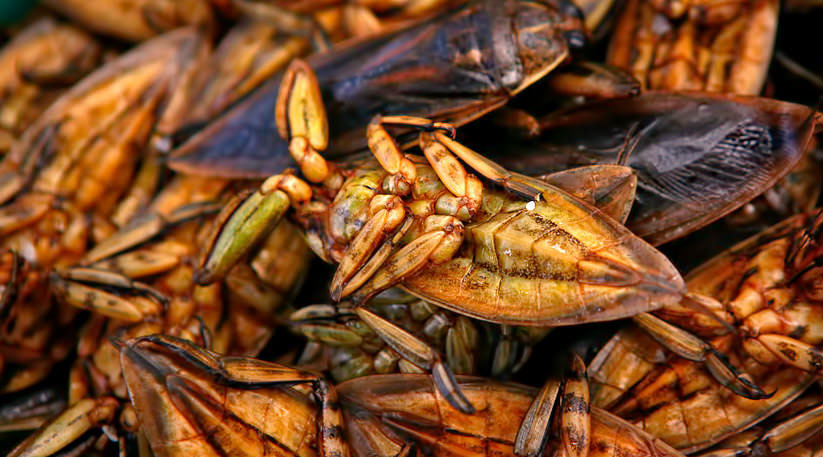 Can the “yuck factor” — one of the biggest barriers faced by edible insect producers — be overcome?

It’s that feeling of horror, revulsion or disgust that many consumers endure when they think about eating bug protein.

Obviously, as a manufacturer of pasta containing cricket flour, I have been looking at ways to counter this popular perception of our novel ingredient. To do so, it is important to understand if this feeling of distaste is rationally explainable — if it is innate or learned, dynamic or durable. To begin, let’s look at the appearance of a cricket.

This insect shares many properties with a shrimp. They are a similar size and colour. They have a shell and antennae. While the cricket might be considered as creepy-looking, do we think the same way about a plate of shrimp at a restaurant? Of course not, because we are well used to eating them.

This begs the question of whether the yuck factor is less about appearance and more likely due to unfamiliarity with eating crickets. Is it just a matter of social norms?

If this is the case, education and time should eliminate it. The principle of “social proof” suggests that humans rely heavily on the people around them for cues on how to think, feel, and act. Thus if the yuck factor is innate, then it should be possible to change the perception of crickets as a common source of nutrition.

Furthermore, evidence suggests that people’s revulsion when faced with some foods is often culturally based.

Ten years ago, Harvard economist Alvin Roth who wrote in the Journal of Economic Perspectives​ reasoned that a ban on dog and horse meat in Californian restaurants, brought about by a referendum, was delivered because most voters viewed their consumption by humans as repugnant.

But throughout Africa and Asia, both these meats are as popular as hot dogs and hamburgers, and they routinely wind up on the dinner table.

Moreover, just look at some of the food available at night markets in Cambodia and Thailand to understand this. People brought up eating crickets, worms and even scorpions have no problem with their appearance. Often it boils down to fear.

A question of fear

Some fears have become deeply embedded in our consciousness as humanity evolves, such as the fear of heights. A baby will be afraid of heights, regardless of if it has ever fallen off a table top. This makes sense since heights can be life threatening for us.

Likewise, since some insects are toxic, it is theoretically possible to have an innate aversion towards them. But even if this were the case, we have learned that it is possible to change this perception—just as not everybody is still afraid of heights when they get older.

So what does this mean for the yuck factor? I believe that that while it can be innate, it can also be eliminated through education and experience.

Research into a consumer’s willingness to eat insects has revealed low taste expectations among those with food neophobia — an aversion to unfamiliar ingredients. On the other hand, those who had eaten insects in the past gave high scores for social acceptance.

Consequently, the introduction of insects as a food source in Western societies seems more likely to succeed if insects are incorporated into familiar food items, which will reduce neophobic reactions and negative attitudes towards insect-based foods.

So let’s get back to the questions at the beginning. Is the feeling of distaste towards edible insects rational? It obviously is not, as we are accustomed to eating things that are similar in look and shape.

Is the yuck factor innate or learned when eating insects? I say it’s an interaction of both — an aversion towards these tiny crawly animals can change into a positive attitude over time.

This means we should implement insects as a source for nutrition in childhood, especially when people who claim to be familiar with the idea of eating insects have 2.6 times a higher likelihood of eating them again.

Food which contains processed insects like cricket pasta and burgers, mealworm Bolognese sauce or cricket crackers, for example, seems to provide the perfect way to introduce insects to markets where people are not familiar with eating them.

By doing so, consumers will not have to face the appearance of the insect itself which, in turn, will result in a higher acceptance of insect protein along with its health benefits and high levels of sustainability.

Massimo Reverberi​​  is the Italian founder of Bangkok-based ​Bugsolutely​​ , which manufactures pasta from cricket flour. ​