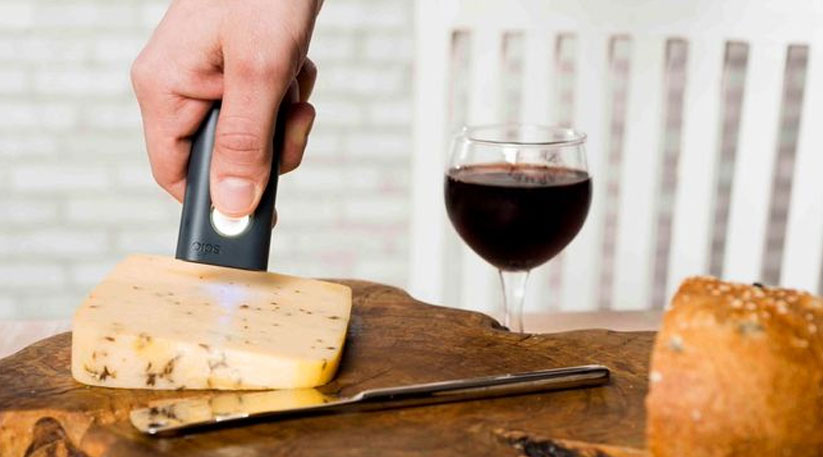 Meet the DietSensor, a forthcoming $249 app-powered gadget that can actually scan the molecules that make up your food and tell you how many calories are in that muffin, or that hunk of cheese, or that bowl of cereal.

As a one-time calorie counter (I’ve since lapsed, hardcore), it could solve a big problem for would-be dieters when it launches later this year. And it appears to work – at least it worked at the demo table at CES.

The DietSensor was invented after company founders Astrid and Rémy Bonnasse found out their daughter had Type-1 diabetes. They built the DietScanner to help monitor her carbohydrate intake.

The app is powered by SCiO, a handheld molecular scanner developed by Consumer Physics, that was the beneficiary of a wildly succesful Kickstarter campaign back in early 2014. It’s the same technology that scientists use to analyze rock samples or that border patrol agents use to analyze questionable substances, just in the palm of your hand.

Here’s a video explaining how it all works:

The scanner can only analyze homogenous food – which is to say, DietSensor can tell you the nutritional value of a slice of bacon, a burger patty, a bun, and a slice of cheese individually, but it can’t read a double bacon cheeseburger.

In a demo at CES 2016, the way it works is a little tedious: You hold the scanner up to the food. Then, the DietSensor app on your phone prompts you to take a picture of the food, so it can judge the volume.

Then, it reports back with its highly-educated estimate on the nutritional value of the food you just scanned.

The good news is that the app is constantly updating with new food choices. The bad news is that those updates will carry a monthly fee if you want to make sure the database is kept up to date.