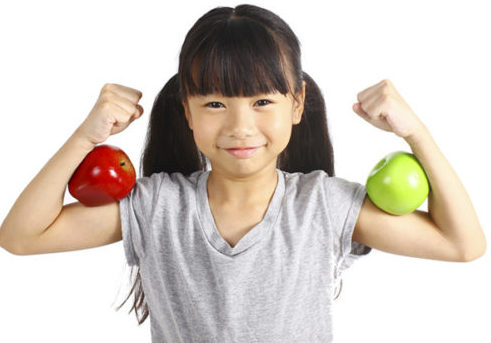 According to World Health Organization (WHO), malnutrition refers to deficiencies, excesses or imbalances in a person’s intake of nutrient in maintaining overall health and organ functions. Undernutrition is when a diet does not include essential vitamins, minerals and other vital nutrients. It can lead to wasting (low weight for height), stunting (low height for age) and being underweight (low weight for age) (Mustapha, 2017).

Children undernutrition may be a result of several factors which include frequent illnesses and poor care practices, with inadequate nutritious food consumption being the major cause. Undernutrition in children increases the risk of mortality and morbidity rate in the short term however, the consequences of stunting will be extended to adulthood in the long run (Unicef, 2015).

Micronutrients are vital to sustain life and for optimal growth during childhood. However, micronutrient deficiencies are still prevalent among children in urban areas and prevails as a significant public health problem in most developing countries. Inadequate intakes of iron, iodine, folate, vitamin A and zinc are the most common contributors to poor growth, intellectual impairments, perinatal complications to the children which also increased the risk of morbidity and mortality (Bailey et al., 2015).

Low to middle income countries are now facing the ‘triple burden’ of malnutrition in the form of undernutrition, micronutrient deficiencies and overweight/obesity. Malaysia is facing two forms of malnutrition where the population suffers both undernutrition and over nutrition at the same time. Undernutrition has reached a complex stage especially within families living in poverty. According to the Maternal and Child Health Findings from National Health and Morbidity Survey published in 2016, the prevalence of undernutrition among children under the age of five was much higher than the prevalence of overweight and obesity. The malnourished children are divided into three different classes; 13.7% were underweight, 20.7% were stunting and 11.2% were wasting (Mustapha, 2017).

MyBreakfast Study of School Children eating habits in 2013 showed that more than 50% of the school-aged children are consuming at least 80% of the Recommended Nutrient Intake (RNI) for Vitamin A, Vitamin C, niacin, riboflavin, thiamine and iron. However, there were only 29.9% girls and 41.3% of boys achieved the recommended intake for calcium (MOH, 2016).

Iron deficiency leads to microcytic anemia, impaired immune and endocrine functions. Iodine deficiency results in goiter, mental retardation as well as impairment in cognitive functions. Zinc deficiency is associated with an increase in diarrhea and acute respiratory infections. It is essential to ensure sufficient intake of folic acid during pregnancy to reduce the risk of neural tube defects. Folate is important for DNA synthesis and repairment. Vitamin A deficiency is the main culprit of eyes health as well as immune function impairs (Bailey et al., 2015).

The global nutrition has targeted to improve the nutritional status of children by 2025, including achieving a 40% reduction in the number of children under-5 who are stunted, ensuring there is no increase in childhood overweight, while reducing and maintaining childhood wasting to less than 5% (MOH, 2016).

In a nutshell, parents should ensure their children practice healthy eating habits, taking the food pyramid as a guideline to include adequate amounts of food groups in every meal to achieve balanced intakes of energy, protein, vitamins, minerals and fibre. On top of that, efforts to develop cost-effective nutrition programmes in preventing and combating nutrition related diseases in Malaysia should be treated with utmost importance. (Mustapha, 2017; MOH, 2016).

Unicef. (2015). Unicef’s approach to scaling up nutrition. For mothers and their children.