Have you ever heard of Gestational Diabetes? 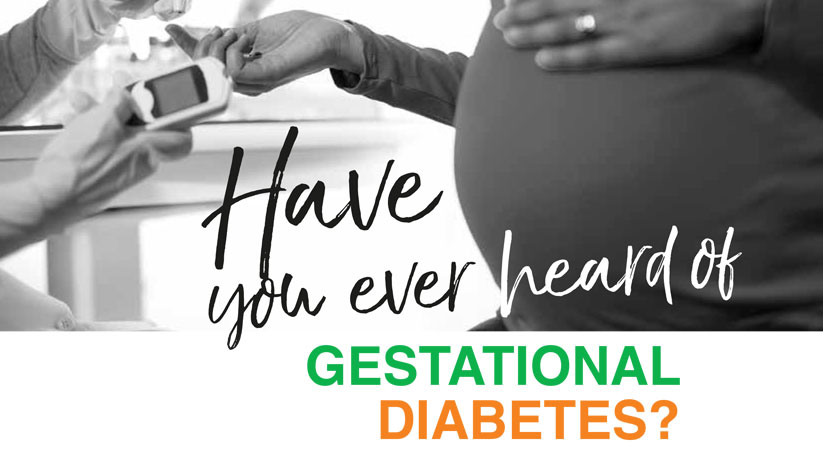 We have already written about the correlation between sugar & diabetes. Today, The Food Experts of Asia will venture further about the sweet killer known as diabetes and talk about something you might not have heard off before, Gestational Diabetes.

According to a 2014 analysis by the Center for Disease Control and Prevention, the prevalence of Gestational Diabetes is as high as 9.2% amongst pregnant women (American Diabetes Association, 2013). Gestational Diabetes starts when the body of a pregnant woman is unable to produce and utilize all of the insulin it needs for pregnancy. Without adequate insulin, sugar cannot leave the blood and be used for energy, resulting in a high and unhealthy sugar build up–hence the term Hyperglycemia. Gestational diabetes usually goes away after the baby is born, however, it increases the risk of the infant developing obesity and amplifying the chance of both mother and child developing Type 2 Diabetes later on in life. (Silva-Zolezzi, 2017).

Apart from genetic and environmental factors, maternal obesity and nutritional deficiencies also contribute to the development of Gestational Diabetes Mellitus. Studies have demonstrated that a proper diet and a healthy lifestyle are inter-related and could cause a consistent reduction in gestational weight gain. Pregnant mothers can adopt a low glycemic index diet along with consuming a low carbohydrate diet to enhance their health during pregnancy (Silva-Zolezzi, 2017).

Here is a little breakdown on two of our chosen natural sweeteners that have a minimal effect on blood sugar levels:

Palatinose is a slow releasing carbohydrate that is naturally sourced from sugar beets. Upon consumption, Palatinose slowly releases energy over a longer period of time, as compared to conventional sugar that almost instantly spikes sugar levels. This is beneficial to pregnant mothers as it promotes a slower and overall lower rise in the blood sugar levels. Palatinose comes with mild and natural sweetness that is 50% of sucrose’s. It can be used as a sugar replacer to reduce sugar usage in maternal diets. Palatinose is able to replace sucrose or other high glycemic carbohydrates on a gram-to-gram basis (Beneo, 2013) as the glycaemic index (GI) of Palatinose is only at 32 whereas that of sucrose is much higher at 72 (Atkinson, et al., 2008). These unique characteristic enables the mother to enjoy a better balanced energy supply as well as promote a better health for both of the mother and baby (Beneo, 2016).

With at-least 30% of the sweetness of sucrose, Oligofructose adds a mild sweet taste into a maternal diet. It can also be used in combination
with other sweeteners to create a more balanced and sugar-like palate without any aftertaste (Beneo, 2013).

The fact is, gestational diabetes is a growing health concern. Pregnancy is naturally associated with a certain degree of insulin resistance, the body’s response to ensure appropriate nutrient supply to the fetus. Hence, a balanced and nutritious maternal diet is crucial to promote a healthy pregnancy as well as a healthy growing baby.

If you have followed some of our past articles, you would notice a trend in our closing advice, adopting a healthy diet. Although consumers are increasingly becoming more educated on the importance of eating healthy, there is still a fine line between knowing and doing. Hopefully we have managed to convince some of you. If no, stay tuned for our next article on Healthy Fats where we will talk about the different kinds of Fats and their benefits on the human body and continue to convince you to adopt a healthier lifestyle.

You may also be interested in Vitamins for Healthy Pregnancy.

American Diabetes Association. (2013). What is Gestational Diabetes? Retrieved from http://www.diabetes.org/diabetes-basics/gestational/what-is-gestationaldiabetes.html