Foods You Should Avoid During Vacation 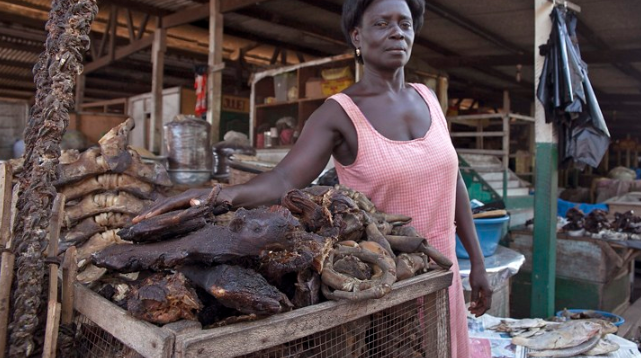 Don’t let foodborne illness or tummy troubles ruin your getaway! Avoid these foods and drinks to stay on the safe side.

A seaside vacation may seem like an invitation to enjoy a platter of raw seafood—don’t do it. “Avoid raw oysters and all other raw shellfish, which can make you really sick and ruin your vacation,” says Elizabeth Ward, MS, RD, a registered dietitian in Boston. Raw and certain undercooked shellfish, such as clams and mussels, can present a risk of vibriosis—an infection that may result in death, according to the Centers for Disease Control and Prevention (CDC). “Cooking shellfish properly destroys the germs that cause illness—so don’t avoid all seafood, just avoid the raw kind,” says Ward.

Water is water, right? Wrong. Water can contain microorganisms that are foreign to your gastrointestinal tract, especially in developing countries. In Latin America, Africa, the Middle East, and Asia, there’s a greater risk of water being contaminated with bacteria, fecal matter, and parasites. “When traveling to regions of the world that are new to your gut, it’s best to stick with bottled water and filtered water,” says Niket Sonpal, MD, an assistant professor of clinical medicine at Touro College of Osteopathic Medicine in New York City. Yes, this means you should brush your teeth with bottled water! And purchase bottled water from a store you trust, as dishonest vendors may sell tap water in bottles sealed with glue.

Unless a vegetable or fruit has a thick peel, such as a banana, you’ll want to avoid raw produce in locations where the water isn’t safe to drink. This means skipping salads and salsas made with uncooked tomatoes, onions, and/or peppers—and opting instead for cooked fruits and veggies. “While you’re curled over the toilet cursing the hot dog or seafood you ate, the accompanying lettuce or tomato could have been the real culprit,” says Sonpal.

When traveling internationally, it may seem like a real treat to stop by small, local farmers’ markets and purchase unpasteurized milk or cheese, but these are foods you probably want to skip, especially if you’re a child, are pregnant, or have a weakened immune system. “Unpasteurized cheese has been associated with pathogenic microorganisms like Listeria monocytogenes,” says Toby Amidor, MS, RD, author of Smart Meal Prep for Beginners. “Pregnant women who consume foods with the bacteria, especially in the third trimester, can experience miscarriage or stillbirth.” According to the CDC, listeriosis is a serious infection that hits an estimated 1,600 people per year; and about 260 die from it.

You might be better off drinking your beverages at room temperature in countries with unsafe drinking water, and obviously also avoid frozen or blended drinks made with ice. “Research shows that many people who develop traveler’s diarrhea from E. coli don’t contract it from the local water but from the ice that their drinks are chilled with,” says Sonpal. Traveler’s diarrhea affects 30 to 70 percent of travelers and can cause symptoms ranging from diarrhea to fever and vomiting.

Buffets are a red flag for illness, so if you aren’t sure how safe a buffet is, skip it. “You should definitely be wary of dishes that are part of a buffet spread that has been sitting out for a questionable length of time at unsuitable temperatures,” says Nesochi Okeke-Igbokwe, MD, MS, an internal medicine physician in New York City. While high heat kills the germs that cause travelers’ diarrhea, food that’s thoroughly cooked but sits at a warm or room temperature may become re-contaminated. Hot foods should be kept at an internal temperature at 140° F or higher, cold foods should be kept at an internal temperature of 40° F or lower, and any perishable food items left at room temperature for more than two hours should be discarded, according to the U.S. Food and Drug Administration (FDA).

Craving soda? Opt for a cola that’s sealed in a bottle or a can, since fountain drinks are typically created by combining flavored syrup with carbonated water. The carbonated water is likely from tap water and should be avoided in countries with unsafe drinking water. Same goes for fountain juices, typically created by mixing juice concentrate with tap water. If drinking from a can, use a straw to avoid direct contact with the surface.

“I try to avoid cut melon while traveling,” says Heather Steele, RD, a registered dietitian in Tulsa, OK. “The rind of melons can occasionally be exposed to E. Coli—and given enough time at the right temperature, that can allow the bacteria to grow to a level that makes us sick.” Indeed, contaminated melons have caused cases of Salmonella and norovirus, per a study in Foodborne Pathogens and Disease.

Raw animal products are often a gamble, especially in foreign countries. “While the United States has one of the safest food supplies in the world, traveling outside the country for vacation can land you in a country that isn’t so diligent about food safety,” says Joan Salge Blake, EdD, RDN, a clinical associate professor of nutrition at Boston University. “Avoid consuming uncooked meat, seafood, and poultry, all of which are grounds for foodborne pathogens that can send you to the local ER and ruin your vacation in one bite. Wait until you get home to eat the sushi unless you are eating it from a reputable restaurant that you’re confident is preparing the food safely.” When it comes to raw fish, research in Journal of Travel Medicine reveals that eating it is particularly risky in Southeast Asia because it may cause infection via bacteria or parasites.

If alfalfa sprouts are listed on the menu as part of your sandwich or dish at a restaurant, ask your waiter to leave them out, advises Cheryl Mussatto, MS, RD, a nutritionist in Osage City, KS. “Sprouts are difficult to clean thoroughly and are a perfect breeding ground for microbes such as Salmonella since they grow in warm, wet conditions.” Those sprouts can also harbor Listeria and E. Coli, which can multiply significantly during the vegetable’s sprouting process.

You won’t know bushmeat from your neighborhood supermarket at home because it’s local wild game, such as bats, monkeys, gorillas, chimps, crocodiles, elephants, and even rodents from the forests and savannahs of African countries. “These may seem exotic to try in other countries, but they can be a source of diseases such as Ebola and SARS [Severe Acute Respiratory Syndrome],” says Amidor. It also contributes to the further decline of animal species that are endangered.