Battle of the Better Butter 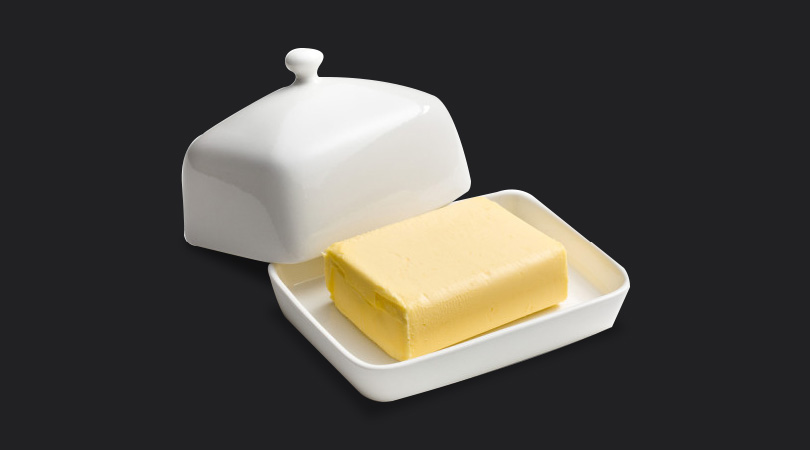 From eczema to poor immune health, it seems that our gut health influences our bodies in more ways than we previously realized. It is estimated that over 3/4 of immune system resides in our intestinal track, with over 500 species of bacteria present. If major diseases could form in the gut, it is logical to realize that perhaps optimal health begins here as well.

Gut-friendly foods ranges from fermented vegetables like Kimchi and Sauerkraut to Tempeh and Yogurt. Believe it or not, these foods are actually cultured (another word for “fermented”).

There seems to be some truth to the ol’ Betty’s “better butter made her batter better” tongue twister after all. It is called cultured butter and no, this is not a sophisticated butter with a thick English accent reminding you that ‘manners maketh man’.

Cultured butter is butter conceived from a fermented cream. There are several methods in making cultured butter with the traditional one being through fermentation. During fermentation, the cream naturally sours as bacteria convert milk sugars into lactic acid in which produces a slightly tangier taste. Due to the clarification process (where certain solids are removed) in culturing butter, the resulting butter is much silkier than its conventional counterpart. The fermentation process also produces additional aroma compounds, including diacetyl, which makes for a fuller-flavored and more “buttery” tasting product.

Manufacturers in today’s world make cultured butter from pasteurized cream whose fermentation is produced by the introduction of Lactococcus and Leuconostoc bacteria. Cultured butter takes advantage of the bacteria cultures through the fermentation process. These bacteria cultures, which are not present in regular butter, provide many benefits with the primary one being that it creates a better and healthier environment for your digestive system.

Other (less sophisticated) types of butter

Why Cultured is Better

For centuries, we creative humans have managed to add a creamy mouthfeel and texture to foods we love by the use of butter. From baking and sauce-making to pan-frying, grilling and more, butter does indeed make everything better. So the next time you butter-up, make sure you know what kind of butter you’re using.

RiceBowl Asia’s take: The next time you catch yourself in the dairy aisle, remind yourself, if you’re going to eat butter, the cultured type is what you should be having.

The more you know the ‘butter’