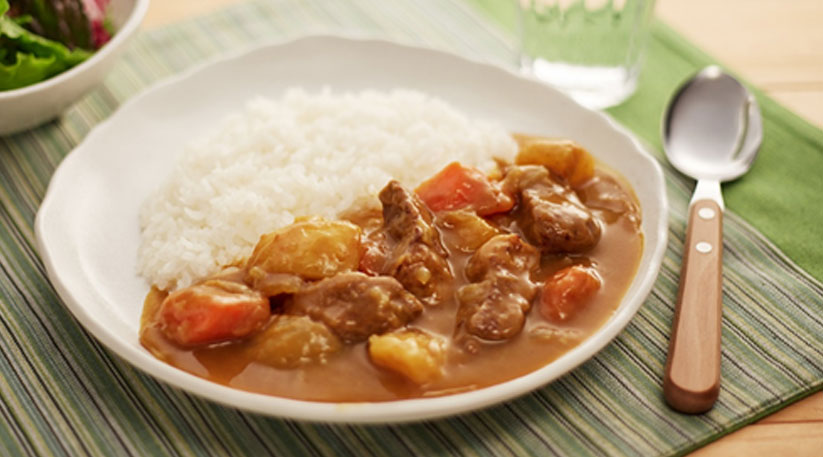 A Japanese plan to sell curry in India all stemmed from a hungry expat looking for good food in Tokyo. It was 2015, and New Delhi native Robin Srivastava had started a two-year secondment to Tokyo in the mineral and metal resources division of the giant conglomerate Mitsui & Co. He wanted to try all the food Japan had to offer, but was struggling to find eateries in his neighborhood with English menus.

Then he found one that did, just across the street from where he lived. It was called CoCo Ichibanya, a restaurant chain with more than 1,200 outlets across the country that serves what’s called curry rice, a thick brown curry sauce often including meat and vegetables that’s dolloped over a bed of Japanese sticky rice.

While completely different from the curries of his homeland, the Japanese version impressed Srivastava so much that when he returned home and submitted a report on his training, he suggested that Mitsui should try to bring the chain to India.

Mitsui — and later the restaurant operator, Ichibanya Co — liked the idea. The two companies announced in July that they’d formed a joint venture targeting the country, aiming to open their first store in the New Delhi area sometime next year.

Indian people will want to try it, said Srivastava, who dined at CoCo Ichibanya about twice a week during his spell in Japan. “It’s easy to eat. It’s not so far from Indian food.” Some people on social media greeted the announcement with mirth, joking about the idea of a Japanese company attempting to sell curry to India. But for Mamoru Kuzuhara, the president of Ichibanya, the move is a natural next step in the company’s 41-year history.

In an interview at the company’s headquarters on the outskirts of Nagoya, Kuzuhara recalled the words of the company’s former president and current chairman, Toshiya Hamajima. “He always said there was something lacking in not having restaurants in the birthplace of curry,” Kuzuhara said. Mitsui and Ichibanya plan to open 30 restaurants in the New Delhi region in the first 10 years.
Ichibanya is no stranger to entering overseas markets, Kuzuhara pointed out, with more than 180 restaurants in 12 countries and regions outside Japan. And it has already expanded into places where curry is part of the diet, he said. He’s talking of Thailand, where the company has 29 outlets.

“They said it wouldn’t be accepted,” he said. “But the Thai people saw it as a different, unique dish.” Curry came to Japan by a circuitous route, being introduced via Britain during the Meiji era (1868–1912). It has been tailored over decades to local tastes, and bears only a passing resemblance to curries elsewhere.

But the joint venture has no intention of veering from the Japanese version in India, Kuzuhara said.

“We want to introduce our comfort food — the one that developed in our culture — for Indian customers to try,” he said. The partners plan to source Japanese rice within India, and use a vegetarian-friendly curry sauce that contains no animal fat. Beef, he said, won’t be on the menu.

Mitsui, which operates in 66 countries in businesses ranging from oil and natural gas to retail and health care, said Srivastava’s suggestion wasn’t the only reason it decided to form the joint venture. The company was already looking for ways to expand its consumer business in India, according to Tamotsu Nomura, general manager of the retail business division at the company’s New Delhi head office. “India is probably going to have the world’s biggest middle class in the future,” he said. “It has the potential to become the largest global consumer market.”

Mitsui has a 60% stake in the joint venture, and will handle everything from managing the business to finding franchisees to expand, while Ichibanya will take care of store operations and product development.

For Kuzuhara of Ichibanya, one challenge will be getting the marketing and pricing right. The restaurant will target people in their 30s and 40s who can afford to eat out at restaurants and have the adventurousness to try new food. As India develops, he hopes a broader range of people will be able to eat there. While pricing is still under discussion, a chicken katsu curry will cost about Rs 490 ($6.9), Mitsui’s Nomura said.

Another difficulty will be maintaining the same food experience as in Japan while sourcing rice and other ingredients locally. “I tried the Indiagrown Japonica rice,” Kuzuhara said. “It was alright, but it did taste a bit different.”

Srivastava is just happy his old haunt is making its way to India. While he has no involvement in the joint venture, he says Japanese curry’s differences from and similarities to the local food might encourage his compatriots to give it a try. “People love Japanese quality,” he said. And “Indian people like to try foreign cuisine. But they want it to be similar to Indian taste. Ramen, sushi, sashimi, tempura — these are all good Japanese foods. But they’re not of Indian taste.”