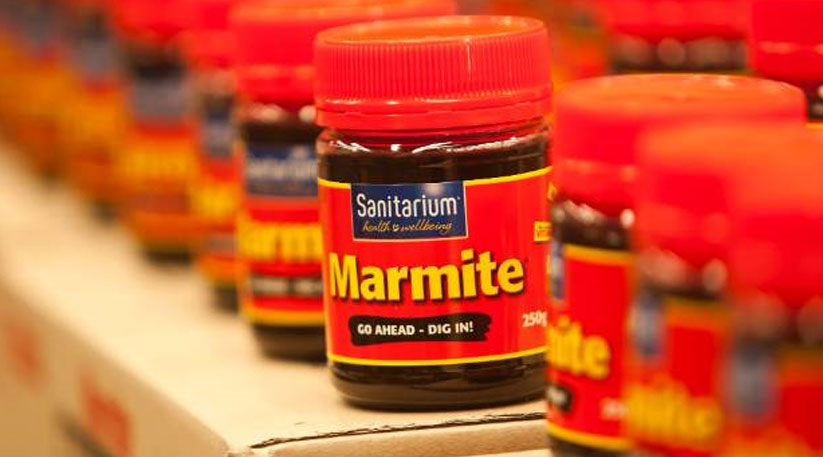 OPINION: You either love them or hate them, or have no desire to taste them in the first place.

Here are foods from around the world that you gag for or gag because of.

If you think Vegemite can divide opinions, then its British sibling takes things to a whole new level. For some, there’s no piece of toast Marmite can’t improve. For others, presumably those with functioning senses, the yeast extract is a pungent-smelling, brutally salt-heavy spread of pure filth. It’s so divisive Marmite has based its marketing campaigns around the love it or hate it proposition.

Sitting down, fancying a nice steak, then being caught out by the tartare part is something of a rite of passage for anyone travelling in France. It’s raw, ground meat – sometimes horse rather than beef – and often comes with a raw egg yolk on top just to add to the trepidation levels. Anyone who fully trusts their stomach after eating one is remarkably bold.

Still quite popular across much of Europe – you can routinely find vans and market stalls selling burgers made from it in Slovenia, for example – horse meat is one that tends to repel a lot of Aussies and Kiwis. That’s largely because it’s just not traditional to eat horse here, though – in the same way that guinea pig in Peru or (gasp) dog in Korea isn’t the norm. The flavour, however, is surprisingly bland and unremarkable.

In the world of ultra-macho and possibly masochistic pepper-oneupmanship, the firiest of all is the Pepper X. On the Scoville scale, which measures the heat of chilli peppers, this comes in at 3.18 million Scoville units, and cannot safely be eaten whole. The Carolina Reaper and Dragon’s Breath are also over 2 million Scovilles, while for comparison, the feared habanero scores just 300,000 Scovilles.

In terms of chillies you can actually find in a restaurant, the Brick Lane Curry House in New York makes a phaal curry with ghost peppers from Bangladesh. These monsters score around 1 million on the Scoville scale, and the restaurant self-describes it as “an excruciatingly hot curry, more pain and sweat than flavour”.

Eating shark itself is not such an unusual thing to do – we do it regularly in Australia, but call it “flake” in case anyone gets squeamish. In Iceland, however, they do their very best to turn sharks into something scary again – fermenting it, and hanging it out to dry for four or five months until it has a strong ammonia-heavy smell. This delicacy is known as hakarl, and has a tendency to put gag reflexes to the test.

Durians tend to be both simultaneously revered and feared in south-east Asia. Go there, and you’re likely to see signs banning them from all manner of places including hotel rooms and public transport. This is because they stink like sweaty, cheesy feet. Those willing to tolerate the smell do so for the flesh inside, which is custard-like in texture and ripe banana-esque in taste.

The health food industry has taken to the noni – a bobbly greenish-white fruit that grows in south-east Asia and the Pacific Islands – with gusto. Its juice supposedly has excellent anti-inflammatory properties, but it tastes grotesque. Imagine the sweat of cheese that’s been left out under glass in the sun for a few days, distilled into a liquid, and you’re not too far off.

Scotland’s most notorious dish is basically a result of throwing everything into the mix. Sheep heart, liver and lungs is combined with chopped onions, herbs, spices, oatmeal and stock. Most of the boak factor comes from knowing it’s basically entrail pudding, but the taste tends to be a little spicy, a little earthy and rather dry, with the oats coming through more than the meat.

The Quebecois gut-challenger is absurdly unhealthy, and doesn’t help itself one iota by looking like fatty slop. It’s essentially chips, covered in cheese curds and gravy, and looks like it might weigh you down for an eternity. As long as you’re not planning on going out for a run afterwards, it is as nakedly blatant as comfort food gets.

If you bite in thinking, “but how can oysters be farmed in the Rocky Mountains?”, your concerns would be warranted. These wild west delicacies are not shellfish… Sometimes known as prairie oysters in Canada, these snacks are bull’s testicles, sometimes pounded flat, but always deep fried and coated in flour. Plenty of pepper and salt is generally added for seasoning, almost as if there are attempts afoot to disguise the taste.