What is Lab-Grown Meat? 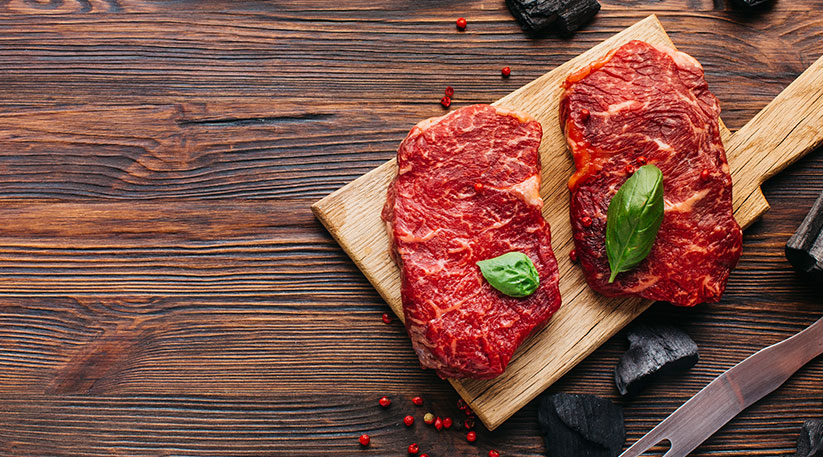 When you think of meat, you often find yourself thinking about its origins – which farmed animals it came from, how was it farmed or even which part of the animal was the meat cut from, as meat is basically animal flesh harvested from a carcass. But as of late, the word meat has a new meaning.

Today, meat can also be lab-grown. Quite a number of enterprising startups have raised and invested hundreds of millions of dollars into the concept of lab-grown meats, taking advantage on the breakthroughs in biotech to revolutionize the food industry. As a result, the fledgling ‘clean meat” industry has progressed in leaps and bounds over the past few years.

So what exactly is lab-grown meat?

Lab grown meat goes by many names, including clean, cultured, engineered, in-vitro, and vat-grown meat. In a nutshell, lab grown meats are edible meat products that have been grown in labs. It is synthetically produced using actual animal cells. Companies that make the meat prefer to call it “clean meat” to emphasize the idea that it may be more environmentally friendly.

Almost all of it are still in development, but many believe that this hopeful food technology holds many solutions to the food security problems we face today. Researchers are claiming that lab-grown meat could eliminate much of the cruel, unethical treatment of animals raised for food. It could also decrease the considerable environmental costs of meat production; resources would be needed only to generate and sustain cultured cells, not an entire organism from birth.

How is lab-grown meat made?

Like the many types of meat such as free range and farm raised, lab grown is the most recent type set to enter the market. It is not positioned as a meat alternative or plant based as it originates entirely from animals. To begin the process of creating cultured meat, engineers first take the stem cells of an animal, the building blocks of muscle and other organs. They would then isolate the individual cells, and stick them in a bioreactor. There, the cells are incubated with heat and oxygen, then fed sugars, salts, and proteins so they can grow. This process essentially tricks the cells into thinking they’re still inside an animal, enticing them to naturally replicate like they would within the body.

Once enough muscle fibers have grown, the result is a meat that resembles ground beef. Mosa Meat, a company that created the world’s first hamburger without slaughtering an animal quotes that one tissue sample from a cow can yield enough muscle tissue to make 80,000 of McDonald’s quarter-pounders. There is, however, a huge hurdle for the scientists to overcome – growing these cells in a way that looks like cuts of meat you might buy from a butcher. Scientists are yet to replicate the composition of these cuts, which are made up of a complex matrix of tissue, sinew, and bone.

Should lab-grown meat be available to mass consumers?

The researchers behind lab grown meats promote several advantages in making it available to consumers. One of the main advantages are in the environmental field. Lab grown meat has the potential to be a sustainable solution for a cleaner future. By growing only the meat, and not the whole animal, researchers say that the amount of energy being utilized drops down dramatically — energies and calories that are usually needed for growing parts of the animal’s body that we do not consume and use will not be needed. Jess Krieger, an advocate for lab-grown meat said that this process includes ‘only growing the meat, which is less mass to support in comparison to growing the whole cow over its entire life cycle’. When less energy is needed, the amount of raw materials to provide the nutrients for growth will also decrease.

When will lab-grown meat hit the market?

Lab-grown meat products still have plenty of hurdles to overcome before they become commercially viable to the market. The biggest setback currently is the cost. During its first debut in 2013, the first lab-grown burger costed a whopping $330,000 to produce. Since then, prices have dropped significantly but lab-grown meat still isn’t cheap. In 2017, Memphis Meats revealed that its cultured chicken meat costs $9,000 per pound, as oppose to $3 on average for a pound of chicken breast. In February 2019, Finless Fish said its product costs about $7,000 per pound.

Regulations will also be another obstacle for these manufacturers to overcome. Slaughterhouses and meat businesses are against the idea of these companies entering the market with a similar product that may even be better for the environment. In August 2018, the US state of Missouri became the first state to rule that lab-grown and plant-based meats could not be sold as “meat.”

Its market entry also depends on consumers acceptance. Some consumers simply don’t like the idea of eating meat that was created in a lab. That might be the biggest obstacle for lab-grown meat companies to overcome. How do they convince people that cultured meat is not only more sustainable than conventional meat, but it tastes good and is equally as healthy?

Guess we will just have to wait and see.

Compiled and edited by Ilyas Omar a.k.a Big D