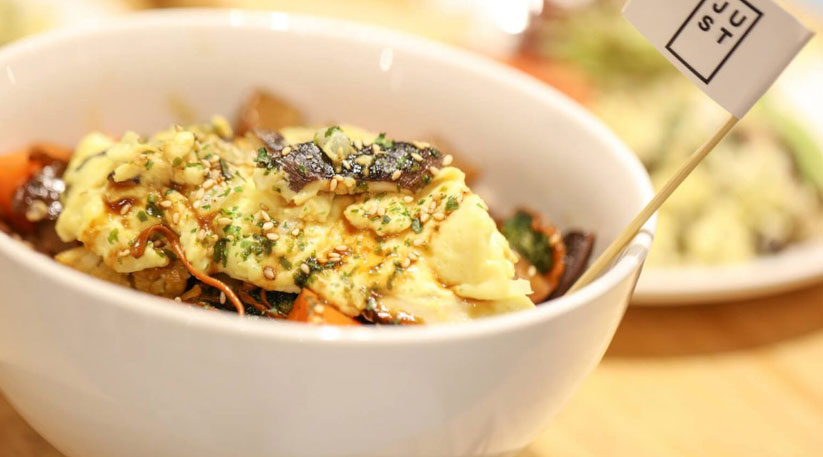 JUST, formerly the brand Hampton Creek that’s best known for disrupting the mayonnaise industry, has begun its launch into Asia with its groundbreaking Just Scramble, the new vegan egg product made from mung beans. The Bay Area company is also bringing its flagship Just Mayo product and its Just Ranch dressing products to the booming Asian market.

JUST began launching in Hong Kong this week at the Green Common, a marketplace that brings together plant-based food and shopping in the destination city. The companies have been hosting tasting sessions with media and influencers to kick-off the launch.

“It is clear that our planet doesn’t have enough resources to sustain the population – 7.6 billion by end of 2017 and continuously growing. Food innovation will play a critical role in feeding the planet sustainably and nutritiously,” David Yeung, cofounder and CEO of Green Monday, creator of Green Common, said in a statement. “We are extremely proud that Green Common is the first to offer Just Scramble outside the U.S. and we believe Hong Kong is the perfect gateway to spreading sustainable food and lifestyle choices across Asia.”

The partnership between Green Common and JUST aligns over a unified mission to make sustainable and humane vegan food more accessible. And by expanding JUST to Asia the Bay Area company’s reach now has the potential to make a significant impact in the most populous region of the world by helping millions make healthier and more sustainable choices.

“We were lucky enough to find something that has impacted our food system for thousands of years and turn it into a meal that will impact it for thousands more,” said JUST cofounder and CEO Josh Tetrick. “Launching Just Scramble is the culmination of years of hard work by our talented team and bringing this and our other products to Green Common is a major milestone.”

The launch was attended by A-list celebrities and influencers, including Vincent Wong, who won “Best Actor” the night before at the TVB Anniversary Awards. Wong recently transitioned to a vegan diet and JUST told LIVEKINDLY via email that the actor was “thrilled to try his hand making Just Scramble dishes for an enthusiastic crowd of media and fans at Green Common market and café.”

According to the company, the multi-billion-dollar egg industry represents “one of the largest and fastest-growing segments of the global food system,” with more than one trillion eggs produced last year. Like chicken eggs, Just Scramble is high in protein. But it’s also void of any cholesterol and requires significantly less water than egg production while also emitting fewer carbon emissions than the egg industry.