Try Before Die: 10 Best Malaysian Cuisines You Must Eat! 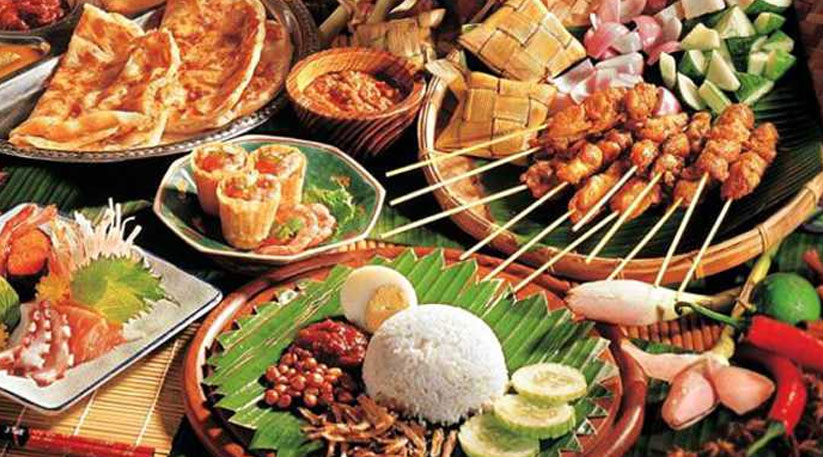 Malaysian food is slowly getting the global recognition it deserves. All the flavors combined certainly makes Malaysian cuisine anything but biased. The very much underrated cuisine is influenced by three major cultures: Chinese, Indian and Malay.

For untrained palates, it may seem that in some ways Malaysian food is similar to Indonesian food, with the two nations sharing many of the same dishes. (Warning: debates over dish origins can turn nasty in these parts — such is the passion of the region’s food lovers.)

To help narrow your choices here are some of Malaysia’s best dishes, in no particular order.

An all-time favorite amongst Malaysians, cuisine, Laksa has multiple variations depending on the regions. For anyone who enjoys a taste of the volcanic kind, this spicy noodle soup can get you there in its curry form.

Colonel Sanders hasn’t been successful in making Malaysian’s cheat on Ayam Percik for his Fried Chicken. For Malaysians, Ayam Percik is the bomb-digity.

You won’t be able to turn down a barbecued chicken slathered in spicy chili, garlic and ginger sauce mixed with coconut milk.

With the right amount of Percik sauce, this staple Malaysian stall food packs more zing than anything the Colonel can muster.

Depending on where you are in Malaysia, it comes with a variety of accompaniments such as hard-boiled egg, peanuts, vegetables, lamb/chicken/or beef curry or rendang, seafood and sambal (chili-based sauce).

Nasi lemak is traditionally eaten for breakfast but true Malaysians eat it all day round.

Though ignorantly called curry by foreigners, Malaysian food aficionados point out that this chunky cauldron of coconut milk and spices is nothing of the sort.

The difference is in how it’s prepared: slowly simmered (to let the meat absorb the spices) until the rosy liquid completely evaporates.

A favorite, especially during festive seasons, rendang is found across Malaysia.

Though considered by many to be a dish native to Thailand, satay is actually believed to have originated in Indonesia.

Origins aside, can we all just agree that meat on a stick is good?

Malaysia has its own variations of the grilled skewers, served nationwide in chicken, beef or pork forms (the latter in non-Muslim venues only).

Sauces vary from region to region, including the peanut sauce that’s loved the world over.

Rojak (“mixture” in Malay) is essentially a fried dough fritter with fruits and veggies, though there are regional variations.

But vegetarians shouldn’t get their hopes up. The whole mixture is combined with Malaysia’s ever-popular shrimp paste.

It’s the perfect combination of sweet, spicy and sour.

A Nyonya specialty of Penang, lor bak is braised pork that has been marinated in five-spice powder before being wrapped in soft bean curd skin and deep-fried.

Lor bak is served with two dipping sauces, a spicy red chili sauce and a gravy thickened with cornstarch and a beaten egg called lor.

The name literally translates as “meat bone tea”, and, at its simplest, consists of fatty pork ribs simmered in a broth of herbs and spices (including star anise, cinnamon, cloves, dong guai, fennel seeds and garlic) for as long as possible , i.e. days if possible. However, additional ingredients may include offal, varieties of mushroom, choy sum (vegetables), and pieces tofu puffs.

Did we mention there’s also a dry version?

Variety, variety, variety — that’s way to explore kuih, or Malay-style pastries. Small enough to snap up in a gulp and sugary enough to give you a modest jitter, kuih vendors are the most colorful stalls of all.

This kaleidoscope of soft, sugary morsels goes quickly — few pieces are left by the time daylight begins to fade.

Another one to thank China’s migrants for, char kuey teow — made with flat rice noodles — is one of Southeast Asia’s most popular noodle dishes.

Essential to the dish is good “wok hei” or breath of wok, the qualities and tastes imparted by cooking on a wok using high heat.