The Indian Railways will have Robots to Serve You Clean Food 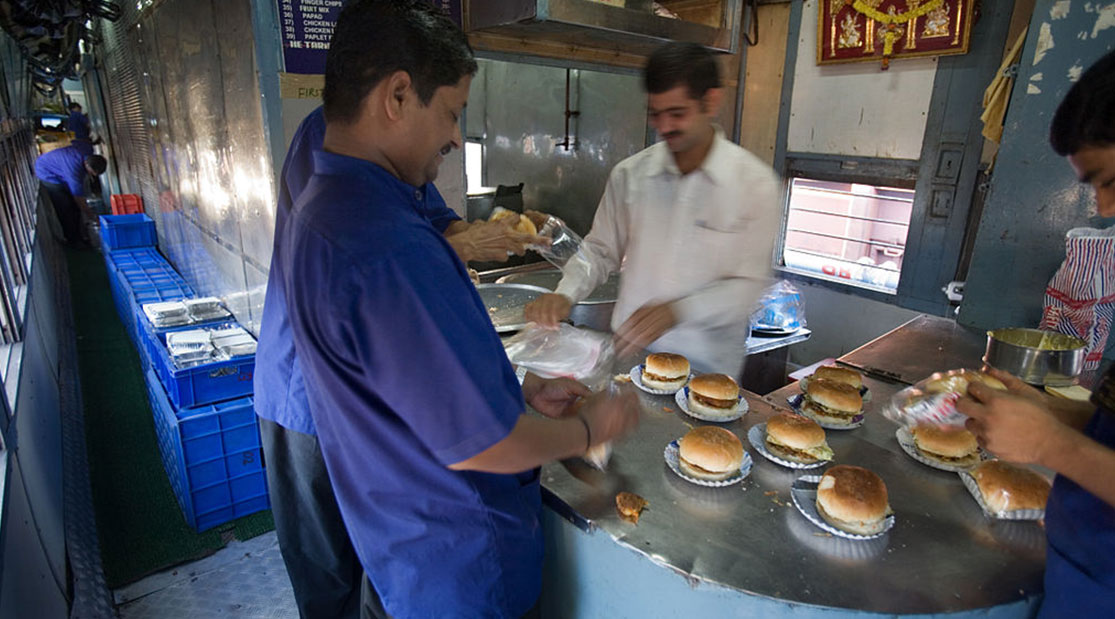 The Indian railways has taken a concrete step to fight the insect menace in food served on trains, after receiving repeated complaints from passengers, who claimed to have found cockroaches in the food. The Piyush Goyal-led railways is all set to tap into artificial intelligence (AI), to serve hygienic foods to travellers.

The Pioneer reported that high-definition cameras have been installed in all 16 base kitchens at the Indian Railways Catering and Tourism Corporation (IRCTC ) headquarters in New Delhi. The cameras are connected to huge monitors for detection and monitoring purposes, via the AI’s vision.

The system will reportedly track any rodent or cockroach, in any of the base kitchens. Furthermore, with the help of AI, any such untoward incident will be reported to multiple stakeholders within the IRCTC. Additionally, the AI technology will identify if any chef is not wearing his uniform and cap, and this will be reported as well. The system is expected to be in place soon.

“The AI system, known as Obots, will be used to improve upon catering units. The system is capable of tracking any anomaly in the entire operation of catering. Suppose if a chef or any kitchen supervisor is not wearing their uniform, including the mandatory cap, the AI system will track that and, automatically report to the server which will then send a report to the mobile of concerned contractor immediately.

“If the matter is not addressed within 15 minutes, it will further be reported to IRCTC authorities in charge. If no action is taken at this level too, then it be will escalated to IRCTC MD,” a senior railway official told the Pioneer.

The Indian railways has been attempting to employ better technology to revamp its image as a modern transporter. Besides embracing newer technologies like AI, the state transporter saved lakhs of trees by conducting its recruitment tests online.

In a major shift to electric trains, Railway Minister Piyush Goyal announced that the Indian railways has planned to discontinue the use of diesel engines in the next five years.

Goyal said, “We have planned to switch all trains to electric-driven in the next five years”. With a focus on electric trains, the older diesel locomotives will be used as backups in rail yards.

In lieu of focusing on electric trains, Prime Minister Narendra Modi flagged off India’s first electric locomotive on April 10. The locomotive was part of a joint venture with French transport company Alstom, and also acted as a huge boost to Modi’s Make in India campaign.

With an attempt to increase electric trains, the railways reiterated its focus on going green by serving food in eco-friendly disposable plates. A report in the Financial Express mentioned that the railways will soon serve food in biodegradable plates instead of polymer ones. It was reported that a trial had already begun on the Sealdah Rajdhani, and passengers were served in plates made of bagasse—the fibrous remains that are left behind after sugarcane juice has been extracted.

According to rail officials, “containers made of bagasse are firmer and can hold reasonable weight,” Business Standard reported. An added benefit is that they are even microwavable. A senior railway official told PTI that “There is no added issue of cleaning and washing the plates or complaints over dirty plates.” Officials added that the railways will eventually utilise the bagasse plates on all trains that serve meals.

The Indian railways is also contemplating removing one toilet each from 40,000 coaches, to make sufficient space to keep more food trays, and beverages inside the coaches.

Why you should care

The Indian railways appears to have taken comprehensive steps to revamp itself. Measures taken to serve food in eco-friendly plates, and the use of AI, act as a glimmer of hope to regular passengers.

Although the railways provides travel at subsidised rates, it has failed to attract passengers recently, with many choosing to travel by either buses and planes for short and long travel routes. The new measures can perhaps help the railways gain more passengers and revenue.