The differences between Halal & Kosher 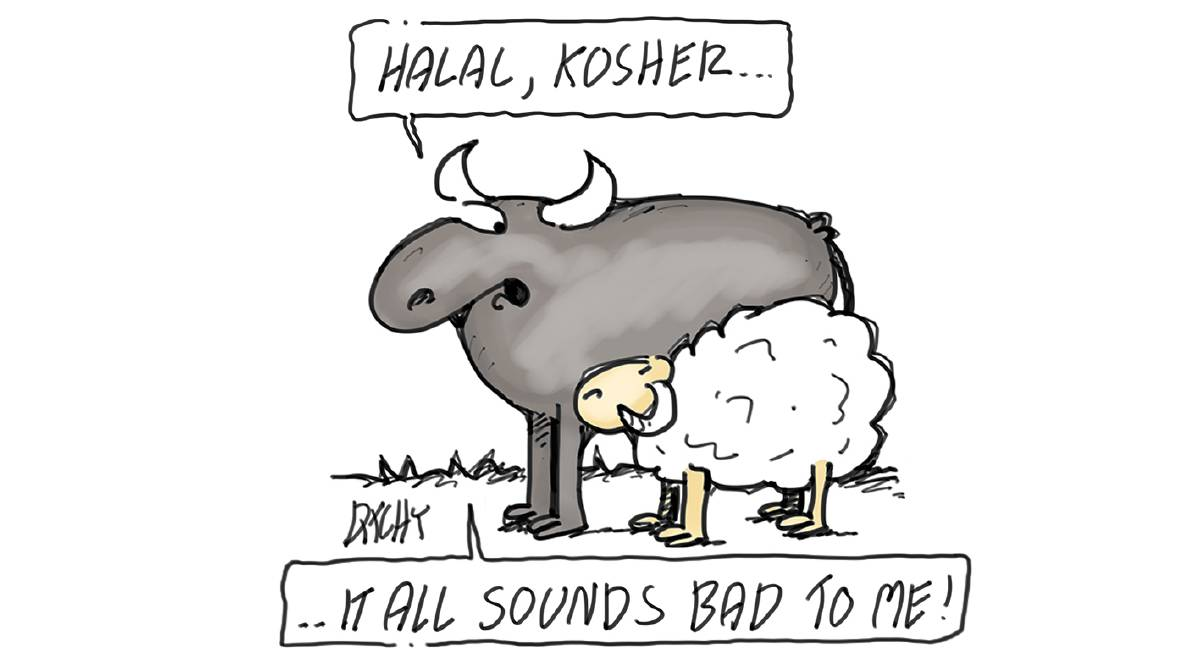 We often see some food packets with “Halal” and “Kosher” printed on them. Some of us know that these are dietary restrictions for the Islamic and Jewish people, but there are people who do not know the difference between the two. Can Muslims consume food that is Kosher? Can Jewish people eat Halal foods? Allow the Food Experts at Ricebowl Asia to shed some light on the differences between the two.

Halal means “permissible” or “lawful” by the Islamic law. Any food with the “Halal” seal means it was prepared according to Islam’s religious rituals and methods.

Halal allows any edible saltwater or freshwater creatures like lobsters, fish, crabs, shrimp, etc. to be consumed by Muslims. Chevon, mutton, beef, and chicken meat can be eaten; however, pork is strictly prohibited. When it comes to slaughtering livestock and poultry, Allah’s name should be said before each slaughter for the meat to be considered Halal. The blood should also be drained from the body of the dead animal because animal blood should never be consumed.

Additionally, any animal parts or organs may be cooked and eaten as long as the preparation is in accordance with the religious methods. Moreover, any food or recipe that contains added alcohol is forbidden in Islam.

In preparing food, the kitchen utensils should also be Halal. This means that the kitchen items should not be used to prepare non-Halal food. For the utensils to be considered Halal, they should be completely sanitized according to Islamic law.

Kosher is any food that is prepared in compliance with the Jewish dietary laws.

Freshwater and saltwater creatures may be eaten as long as these animals have both scales and fins. Therefore, crabs, lobsters, shrimps, and seashells are forbidden by Jewish laws.

Meat from land animals may be eaten except for pork or any other meat that comes from animals that do not have cloven hooves. Certain types of fat and the sciatic nerve are unfit for consumption. The hindquarters of an animal can be eaten as long as they underwent a purging process (a method of removing blood vessels). Animal blood is not fit for consumption. In fact, it should be drained from the animal in order for the meat to be Kosher.

Additionally, in order for the meat to be considered Kosher, a prayer should be recited before slaughtering the animals and the slaughter itself should be uninterrupted. The slaughter should be quick and painless.

Dairy is permissible in Jewish law. However, it is important to note that dairy and meat should not be put together in one dish. Any food that contains both dairy and meat is not Kosher.

Jewish law allows the consumption of alcohol as long as it contains all Kosher ingredients. However, the law requires grape wine and grape juice to be prepared in accordance with the religious methods.

Halal vs Kosher: So what’s the difference?

Both Halal and Kosher allow meat and dairy, but Kosher specifically prohibits combining both.

Eating pork is prohibited by both laws. In order for meat to be considered Halal, however, the name of Allah should be said before slaughtering each animal. Blood is unfit for consumption according to both laws, but the Jewish law prohibits the consumption of the sciatic nerve and some types of animal fat. Furthermore, the Jewish law also requires that the animal must die a painless and quick death and that blood must be completely drained from the body of the animal by hanging the animal or by processing the meat with salt.