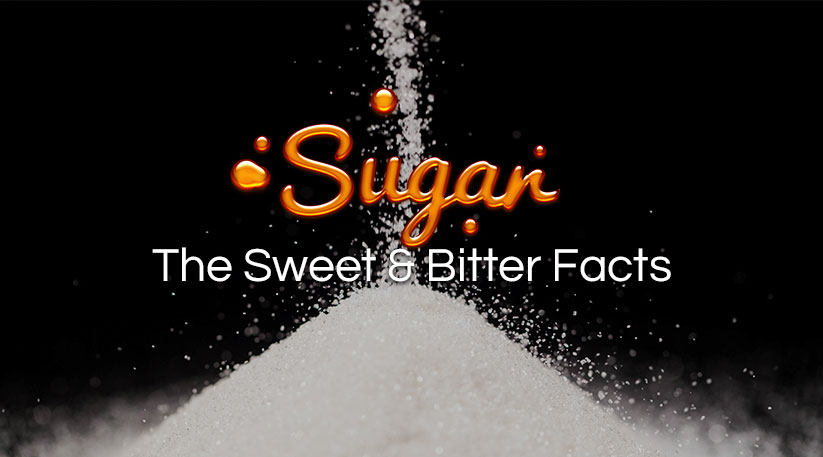 We previously introduced Ricebowl Asia’s readers on the importance of Carbohydrates in our diet and its functions to the human bodies. Since we were previously discussing about the good ol’ Carbs, it is only natural if we digress towards Sugar. We have all heard about Sugar and how too much sweetness is bad for health but how much do we really know about Sugar?

Sugar, as defined by Merriam-Webster dictionary is a sweet crystalline substance obtained from various plants, especially sugar cane and sugar beet. Consisting essentially of sucrose, Sugar is widely used as a sweetener in food and drinks. But how can something so sweet have bitter effects on the human body?

Here is Asia’s Food Experts take on the effects, benefits and attributes of everyday sweet ingredients.

Glucose is the simplest form of Sugar, required by the body as one of its primary sources of energy in maintaining a healthy metabolism. However, recent data has shown that our sugar intakes are excessively over the recommended amount, causing health complications (NDNS, 2014). Diabetes is one of the world’s leading health issue that stems from excessive Sugar consumption.

The Sugary disease is dramatically wide-spread, a well-known public health issue in both developed and developing countries. It is a disease which dampers the insulin’s release, causing the body’s blood glucose levels to be above normal. When insulin is not efficiently released, the body literally can’t fuel itself, and it will start to use protein and fat stores for energy. This may seem like a great weight-loss tip, but blood sugar levels climb dangerously high.

Being overweight with habitual consumption of sugary drinks indefinitely increases the risk of developing Type-2 Diabetes as researches revealed (Imamura et al., 2015). Diabetes does not only negatively impact the patients and their families, its complications also lead to a higher mortality rate amongst older adults. Moreover, people with diabetes are likely to have infections from small wounds due to reduced healing ability (Sarris & Wardle, 2014). Worsened infections will generally result in amputations; a solution to surgically remove the infected areas before provoking further severe infections (Friedman & L’Esperance, 2012; Tesfaye & Boulton, 2009).

The Sweet Killer that has No Age Limits

According to the International Diabetes Federation (2015), it is reported that a great number of people with diabetes are between the age of 40 and 59, with a higher prevalence of diabetes in men as compared to women. Although small percentage of patients are hereditary Diabetics, the Diabetes epidemic is mainly related with urbanization and industrialization where highly-processed foods, combined with loads of refined sugars and fats are easily accessible for dietary inclusion, leading to a higher prevalence of obesity and increasing the incidence of diabetes in the last decades (Leslie et al., 2012).

As more consumers are starting to realize that higher consumption of sugar-sweetened beverages leads to weight gain and increased risk of Type-2 Diabetes, food manufacturers are starting to take note and even capitalize on this. Food and beverage manufacturers are actively creating and positioning their brands and products as healthier alternatives with more choices for consumers to meet their health goals of sugar and calories intake reduction by delivering the same great taste as the full-calorie versions without impacting the eating experience. Formulators tend to effectively introduce sugar-reduced food and beverages to the market without sacrificing consumer acceptance by using innovative low-calorie sweetening solutions (Pohrte, 2017).

Case Study: As more and more countries are implementing taxes on high-calorie beverages to combat rising rates of obesity and diabetes, Coke has been realigning its products to a healthier dimension. They are replacing Coke Zero with Coke Zero Sugar which is sweetened with aspartame and acesulfame K, in an effort to hold on to consumers cutting back on sugary drinks (Maloney, 2017). Adding to that, Nestlé claims they are capable of slashing up to 40% of their average sugar content in chocolate without changing taste by structuring sugar differently using natural ingredients (Lausanne, Nov 2016).

It is crucial to draw our attention and understand that over-consumption of sugar will leave negative health effects. Diabetes prevalence has been rising rapidly around the world and data has revealed children are at an increasing risk of developing the disease as a result of childhood obesity and physical inactivity. Therefore, prevention of childhood obesity and Diabetes need to be a high priority by inculcating healthy eating and lifestyle habits as a strong defense (WHO, 2017).

Do not get us wrong, sugar can always be enjoyed but in moderation. Try to consciously take note of your sugar consumption every-time you have a meal and you will slowly see positive changes to your physical health.

Be advised that although food manufacturers may now label certain products as ‘Less Sweet’ or ‘Less Sugar’, they might not necessarily be using healthier alternatives to conventional sugar. Certain sugar alternatives can actually be more harmful to the body than normal sugars.  With that being said, stay tuned for our next installment as Asia’s Food Experts will introduce the various types of sugar that can be found in everyday foods, while highlighting what’s good and bad for you.