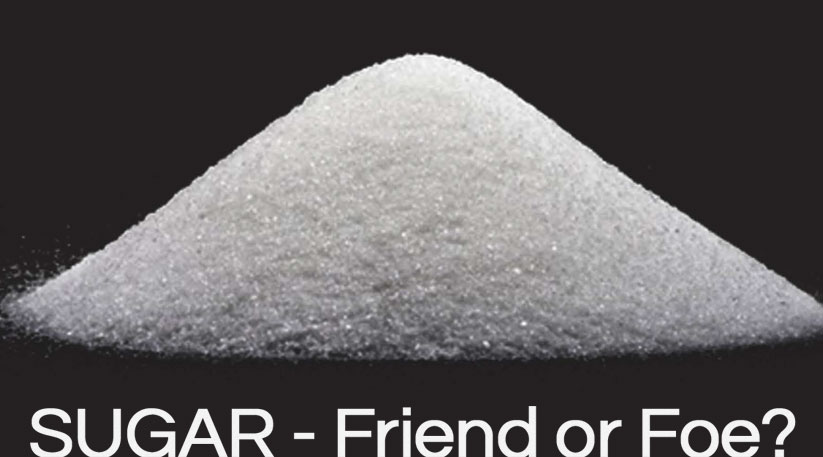 With the so called ‘healthy’ sweeteners appearing in more products on supermarket shelves, some consumers are left wondering if these ‘healthier alternatives’ are indeed better than their more traditional counter parts.

If not taken in moderation, added sugar along with its evil accomplices like high fructose corn syrup is reckoned to be one of the main factors for some of the world’s leading killers like diabetes, heart disease, obesity, and even cancer.

So how is sugar actually harmful to our bodies? Our body absorbs and digests sugars to provide itself with its greatest energy source. During the digestion process, complex sugars are broken down into monosaccharides and absorbed into your bloodstream.

Monosaccharides include fructose, galactose and glucose while digestion normally occurs in the mouth, stomach and intestine.  If consumed in excess, the high amount of fructose in sugar could disrupt our metabolic rate and cause a whole host of other health issues. When we mean in excess, just consuming a handful of M&M’s would be considered excess.

When sugar is consumed in excessive amounts, fructose could cause high cholesterol & triglycerides, fat buildup, insulin resistance in the liver and abdominal cavity in as little as 10 weeks.

To counter negative claims, the ‘sweet-tooth’ industry has come up with a wide variety of sugar-based sweeteners while labelling them as the healthier option. These sugars would sometimes be labelled with fancy ‘natural’ sounding names such as ‘Agave Nectar’ or ‘Raw Organic Cane Sugar’ but are these actually healthier?

As the food science and regulatory experts of Asia, we would like to spread awareness of these ‘good-for-you’ sweeteners so that you’re not so easily fooled the next time you’re in a supermarket or convenience store.

Agave Nectar or commonly called Agave Syrup, is a well-known sweetener in the natural health community and is flaunted as a healthy alternative to sugar because of its low glycemic index – sugar’s high glycemic index (GI) leads to quick spikes in blood sugar.

It is important to note that the glycemic index only plays a miniscule part towards the harmful effects of excess sugar consumption, whereas large amounts of fructose is the main driver of the damaging sugar-train wreck, and Agave is high in fructose.

Blood sugar or insulin is not raised by fructose in the short term, but when consumed in excessive amounts, it could lead to insulin resistance, a long-term effect that will chronically elevate blood sugar and insulin levels.

To have blood sugars levels go up for a short time is not really a bad thing, but having them persistently elevated all the time is a recipe for disaster. And because of this, the fructose content in sugar is a far bigger issue than its glycemic index. Regular sugar is about 50% fructose, while Agave is about 70-90% fructose.

Gram for gram, Agave Nectar is actually much worse than regular sugar.

This particular sweetener might be processed differently from the every-day sugars that you get from the market but the chemical composition that lies within stays exactly similar. It is so similar that even your body will not recognize the differences. The human body will still breakdown the sugar into fructose and glucose in the digestive tract thus causing the exact same effects to our metabolism.

Easily put, Raw Organic Cane Sugar is a direct clone of regular sugar as far as our bodies are concerned.

Giving a fancy name to sugar is just another form of a marketing tactic that food manufacturers use to hide a product’s true sugar content from the consumer. Food manufacturers often times replace the word sugar on their label with “Evaporated Cane Juice” and market the food as something that is superior in quality.

Similar to Raw Organic Cane Sugar, when the sweetener reaches your liver and intestines, your body won’t be able to recognize the differences between “evaporated juice” and plain old sugar or high fructose corn syrup.

So the next time you see words containing “evaporated” and “juice” written on the ingredients label, take a moment to wonder what else the manufacturer is trying to hide from you.

Brown Sugar is a type of sweetener that has a distinctive brown color due to the presence of molasses, a by-product that is formed when making sugar. After the sugar has been refined and processed, small amounts of molasses are added back into it, giving the sugar a brown color, hence the name Brown Sugar.

Brown Sugar might be perceived as a ‘healthier option’ since it contains minerals, but in truth, the mineral content for Brown Sugar is so minimal that it does not bring about any benefits to your body.

Coconut Sugar, like the name suggests, comes from the sap of the coconut plant. The production is natural whereby the sugary fluid that is extracted from the plant simply needs to be evaporated.

Coconut Sugar has a lower glycemic index along with a small amount of fiber and a few nutrients as compared to the typical sugar. But like the Agave Nectar, Coconut Sugar is still high in fructose.

Similar to Coconut Sugar, honey is considered ‘not as bad’ as compared to everyday sweeteners. Honey is about 80% sugar by weight and it contains some nutrients along with antioxidants and traceable amounts of vitamins and minerals. With that premise, a number of studies have compared honey with plain sugar and reached a consensus that honey has slightly less damaging effects on the metabolism as opposed to sugar.

Again, we cannot stress this enough: being less harmful than sugar does not make it better. Consuming quality honey in moderation is fine as it is a better choice than plain sugar or high fructose corn syrup.

Having expressed our concerns of the damaging effects of sugar and its ‘healthier’ counterparts, we would like to share with you the different types of friendly sweeteners, that are actually least damaging to the body.  Here are 6 types of sweeteners that are low in calories, low in fructose and has a sweetness profile that is similar to common sugars.

Stevia is a natural, low-calorie sweetener that is extracted from the leaves of the ‘Stevia Rebaudiana’ plant. It is grown and harvested for its medicinal purposes and sweetness for centuries in South America.

You can already see Stevia being used in some popular products on supermarket shelves and retail stores. As your food experts of Asia, Stevia is indeed a healthier choice if you need to sweeten up your food or drinks.

Erythritol is another form of a low-calorie sweetener that is naturally found in some fruits and fermented foods. The variety being added to food and beverages today is typically man-made from GMO cornstarch, resulting in an ultra-processed food — very far from a natural sweetening agent.

Though Erythritol has a mild aftertaste, it still tastes very much like sugar.  Natural Erythritol contains 0.24 calories per gram, or about 6% of the calories of sugar, with 70% of the sweetness. Unlike sugar, Erythritol does not increase blood sugar and insulin levels and has zero effect on biomarkers like cholesterol or triglycerides.

Erythritol is absorbed into the body from the gut and it is eventually expelled from the kidneys unchanged. Researches have proven that erythritol is safe to be consumed, but like other sugar alcohols, it could cause digestive issues if taken in excess.

Although most food processors are using an ultra-processed form of Erythritol in their foods, it is still a better and healthier option than conventional sugars.

Another type of sugar alcohol that has a similar sweetness profile to sugar is Xylitol. We often see it written on chewing gum packets.

Xylitol contains about 2/3 of the caloric value of sugar and has been shown to have dental health benefits such as reducing our susceptibility to cavities and dental decay. It also could improve bone density and prevent osteoporosis.

Although Xylitol does not raise blood sugar or insulin levels, consumption in high doses could produce digestive issues, a common side effect of most sugar alcohols.

With only 2.4 calories per gram and added benefits like improving dental health, bone density and lowering the risk of osteoporosis without raising blood sugar or insulin levels, Xylitol makes our list for one of the healthier alternatives as compared to traditional sugars.

Yacon syrup is somewhat a unique sweetener as it is harvested from the Yacon plant that is natively grown in the Andes of South America.

Yacon syrup is popularized as a weight loss supplement as studies have found that it could aid in significant weight loss. A study on its effects of long-term consumption showed that Yacon syrup could produce beneficial health effects on obese pre-menopausal women with insulin resistance.

It is also a gut-friendly sweetener as it contains high fructooligosaccharides that act as soluble fibers. These fibers feed the good bacteria in your intestines and help combat constipation. Much like the sweeteners above, excessive consumption of Yacon syrup could bring about digestive issues.

Here are the two best type of sweeteners that we would recommend as the ultimate alternatives to sugar.

Called ‘the only low glycemic carbohydrate that provides balanced energy’, Palatinose or sometimes known as Isomaltulose, is a naturally sourced sugar from beet sugar. One of the main functional benefits of Palatinose is its ability to improve fat oxidation during physical activity which leads to a prolonged energy supply for the body.

On top of that, it is also a non- cariogenic sugar which makes it kind to teeth.  With a mild, natural sweetness profile (50% of sucrose), without any aftertaste, Palatinose can also be easily added to foods & beverages thanks to its high solubility.

With its ability to enhance metabolism, improve fat oxidation and support dental health, Palatinose remains as our favorite alternative to conventional sugars.

Another naturally sourced sugar replacer is Isomalt. Being the only sugar replacer made from pure beet sugar, Isomalt is 100% sugar free and even helps prevent tooth decay despite having a natural sweetness profile.

It traditionally has a taste profile that is almost equal to sucrose but with a slightly softer sweetness intensity with only half the calories. Mostly used in hard candies, Isomalt can be also applied into a wide range for food applications as it has low hygroscopicity levels.

With its whole host of benefits including its ability to reduce post-prandial glycaemic response, prevent tooth decay, regulate weight management via calorie reduction and supporting healthy blood glucose levels, Isomalt like Palatinose, is one of our top suggestions as a natural sugar replacer. Do keep in mind though, consuming too much of Isomalt could bring about laxative effects.

The human body typically requires at least 130 milligrams of carbohydrates to properly function. About 45% to 65% of your daily diet should include sugars that are found naturally in vegetables, fruits, dairy products and whole grains. Sugar consumption especially from desserts, processed foods, refined grains and candy should be minimal.

At the end of it all, you can still consume the sugar you enjoy but with a little self-restraint. Although there is no clear winner for the choices of sugars above, at the very least you now have a little more knowledge on sweeteners than the average consumer.

Even the most ‘natural’ sugar replacers have their downsides, like causing digestive issues. Naturally sourced sugar replacers like Palatinose does not cause stomach discomfort but could still be harmful to the body if consumed in excess.

Look out for these ingredients the next time you buy food or beverages at your local mart, as you never know what kind of ‘ tactics’ food manufacturers might use.

The food experts of Asia’s advice: Like mostly everything in life – moderation is key