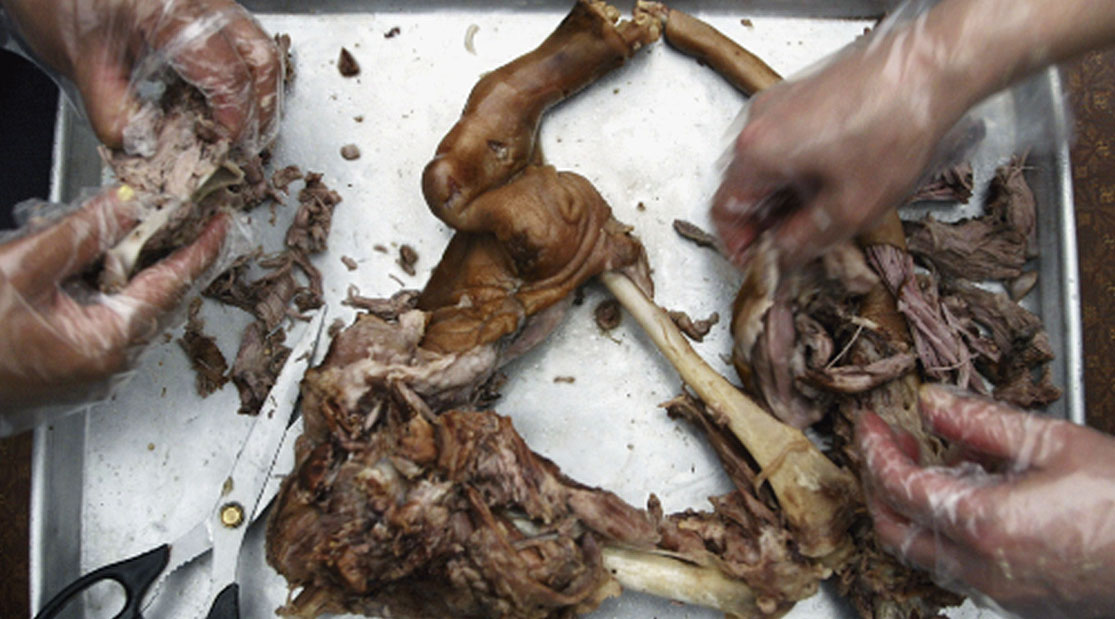 For decades, South Korea has faced criticism over its treatment of animals and the country’s ongoing custom of consuming dog meat.

The number of South Koreans who eat dog meat has been declining in recent years, while the number of households keeping dogs as pets has increased exponentially. South Korean animal rights activists have been at the forefront of shutting down the dog meat trade.

In Seoul, official statistics show the number of restaurants serving dog fell by 40% between 2005 and 2014, due mainly to reduced demand. Two bills have been proposed at the National Assembly to exclude dogs from the livestock category so they cannot be raised for meat, and to ban the feeding of dogs on food waste, a practice that is common on dog farms. If these bills pass, the already shrinking dog meat industry may nearly collapse.

Last month, authorities in Seongnam, a satellite city of Seoul, shut down Taepyeong, the country’s largest dog slaughterhouse, where hundreds of thousands of dogs were killed each year by electrocution before being sold for meat, according to HSI.

Kim is one of a group of activists working with dog farmers who want to move away from the industry, providing them with financial support.

“We have worked with 13 farmers and all of them came to us and asked for help because they admit that this industry is dying,” Kim said.

South Koreans’ changing perception of dogs can be attributed to multiple factors, but several experts stressed the need for companionship in an increasingly competitive and atomized society.

“Increasing single-household numbers and a relatively high level of stress experienced from interacting with people in South Korea might have contributed to this change,” said Suh Eun-kook, a professor of psychology at Seoul’s Yonsei University.

One in four South Korean adults now keeps a pet, and the average owner spends about $90 every month on them, according to research by the KB Financial Group.

As pet ownership has grown, businesses offering goods and services such as insurance, day care centers and grooming shops have proliferated.

According to NongHyup, the National Agriculture Cooperative Federation, South Korea’s pet industry was worth $1.14 billion in 2013, but quickly increased to $3.4 billion by 2017. It is expected to reach $5.4 billion by 2020.