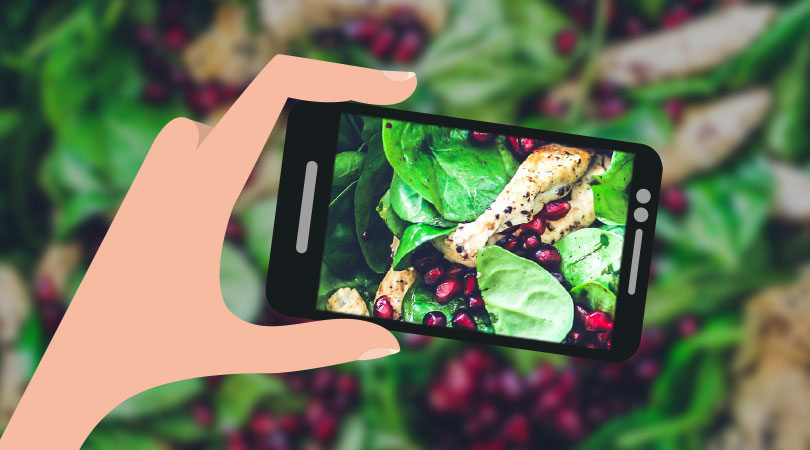 With the world becoming increasingly interconnected with ever increasing trade, cultural exchange and internet penetration, local food trends and culture are also shifting. These are seen as the main drivers that alter what we eat, how we shop, cook and dine out. The way a particular food trend is perceived around the world may be different, but the cultural shift that follows may be remarkably similar.

Home cooking is now being appreciated across social media outlets, influenced by the rise of homemade cooking shows. This has led to people having a more thorough understanding and engagement with food — it has become a source of self-expression, entertainment and adventure. This trend is also fueled by the growing foodie culture around the world.

Social media has allowed us to be more connected around food via our friends, bloggers we follow and celebrities we stalk. New foods or specialty local dishes are now easier to discover, especially with the rise of new niche brands to try, new global cuisines to explore, and new restaurants to check out, all listed online.

With this, we can also expect to see a rise in the number of ‘citizen nutritionists’ that could influence consumer thoughts and buying patterns. Most people would rather take advice from people they know rather than companies that sell it. With this, come people like celebrities and socialites who are publishing cookbooks, advocating a particular diet type and endorsing food products.

The effects of these cultural shifts will not only alter food behaviors, but will also change who consumers trust and what they value — which presents both opportunities and challenges for food brands. Let’s take a look at how technology could influence food culture trends in 2017.

The prevalence of choice in at home dining experiences, as well as the diversity of eat-out options, has helped create distinct differences in the consumer’s eating and cooking habits in Asia Pacific.

In Australia, more people are starting to cook their own meals and having it in the comfort of their homes, mainly due to budget constraints. Chinese consumers are also more likely to prepare their own meals at home as compared to their Singaporean or Korean counterparts. The research done by Weber Shandwick shows the reason of the said Asian Market is primarily for their health.

The multiplication of television and online cooking programs featuring amateur, trendy and charismatic young cooks are influencing viewers to seek more self-cooking experiences. Also, with the multitude of new ingredients being introduced along with simplified access to various produce from international countries, the consumer today has more choices than ever to experiment with new dishes in their kitchen.

The home cooking trend may also alter how Singaporeans dine. According to a published research conducted by the Department of Statistics in 2015, Singaporean households are spending an average of S$267 (US $200) a month on dining out, a two-third increase since 2009. We may see a drop in the figure throughout 2017 as home cooking is seen to be defining the dining habits of Asian consumers.

Social Media has emerged as a catalyst of change in our relationship and understanding of food. Social networking tools have impacted our insight and behavior, with the ‘camera eats first’ idiom as a shining example.

With consumers rapidly becoming self-proclaimed chefs and working their kitchen, finding new recipes online has never been easier. Websites, portals and blogs are now the most common places foodies end up when looking for new recipes as oppose to flipping through the pages of a thick recipe book.

The trend of sharing one’s own cooking experience onto their ‘wall’ through recorded videos or photos are widely being accepted and practiced. Not only can it be seen and commented by friends and families, it can also be shared amongst foodie groups, allowing more and more people to be inspired to have their very own cooking experience.

The emergence of the ‘Taste-Test’ on video streaming sites also contributes to the solidification of consumer-food relationship as viewers are being exposed to different variations of foods from multiple countries. This in turn might prompt viewers to source for international products and film their own experiences.

Online social platforms are also being utilized by food companies with some having interactive content that connects brand with consumer. It is reported that most foodies would post about their food experiences on social media at least once a month, or more. Weber Shandwick proved the numbers through a survey with 17% of Chinese respondents and 8% of Koreans posting at least once a day. Australians are less active with just 29% posting once a month or more, and 34% saying they never post about their food experiences. The research showed that respondents in all four markets posted details of their food experiences online because of a shared interest they and their friends/followers might have in food.

Online purchasing continues to upsurge in many retail web-markets, including the food industry. There are numerous reasons for the shift in buying habits of consumers in which time constraint is the major factor. More working professionals are starting to be inclined to do their grocery shopping online and having it delivered to them at their offices during working hours or directly to their home.

This seems more appealing, rather than having to look for parking spots, browse through the many products offered in-store, que at the check-out counter and carry heavy bags of groceries into the house.

Another factor to the shift in consumers’ buying habit is the variation of grocery products being listed online. As the knowledge of different foods heightens, the need to use special and particular ingredients in cooking also becomes more prevalent. With online market-places offering access to both foreign and local brands, consumers can now source for diverse products that are normally not carried by the local grocers.

This food culture trend is observed to grow rapidly in years to come as according to the 2014 Singapore Business Review, ‘RedMart introduced a smartphone app for orders’. Within two months of its introduction, 24% of the store’s orders started coming in from the app, reflecting a growing market for online grocery shopping.

Instant access to information and the gratification from sharing of experiences through numerous social media platforms will continue to influence and shift the consumer’s relationship with food. It has already been happening and will continue to occur on a more drastic scale as more and more consumers embrace technology.

The way brands engage with audiences will change as well. Aligning with this trend, food brands and service providers that want to create an experience for consumers will be very much focused on interactive content and building a personalized relationship with the consumer.

Social media tools, interactive maps and even virtual reality applications will be just some of the technology that will be greatly utilized. With the rise of innovative technologies and consumers who are ready to embrace change, it will be interesting to see how this could further influence food trends, even in ways no one predicted.