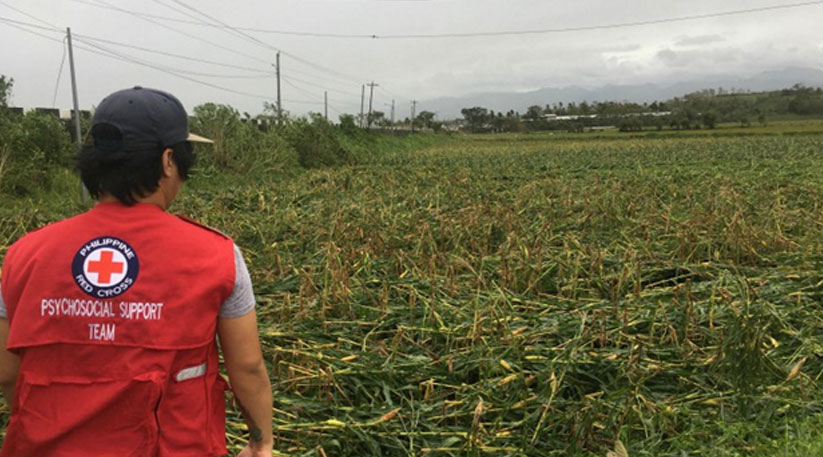 The strongest storm so far this year to hit Asia may lead to huge losses in food production that affects countries including Singapore, says one observer.

Asia’s reputation as a region with one of the highest frequencies of severe weather events has again been proven right with the recent experience of Typhoon Mangkhut.

The strongest storm so far this year to hit Asia, Typhoon Mangkhut has left a devastating trail of destruction along its path. Buildings and infrastructure have been destroyed.

Lesser known but just as severe are the disastrous impact the storm may have on the livelihoods of farmers and the resulting huge losses in food production.

The typhoon’s path also included Guangdong province which is among the top ten rice-growing areas of China, and coastal waters off Southern China where there is much fish-farming.

However, the Philippines seems to have borne the brunt of this typhoon. There will be some immediate effects on food supplies in the affected areas, and some short to mid-term effects on the food security of other areas, including countries like Singapore.

While the local impact of typhoons may be severe on agriculture in the affected areas immediately, the livelihoods of the small farmers in these areas may experience longer term effects.

The bulk of rice farmers in Asia are smallholders who farm less than two hectares and often depend on their harvests as the main source of income and food.

Destruction of their main means of livelihood means that they are likely to go into even greater debt and have difficulty with procuring inputs to replant now or for the next season.

Rice for farming families are not just extra produce that feeds the cities and used to obtain cash for other necessities, it is also their staple food.

After the previous super typhoon Haiyan in 2013, farmers faced not just a lack of rice for food but also a lack of rice seed for planting and additionally, the lack of credit to purchase seed and other inputs.

Apart from rice, corn and fish are food items that are most likely to have supplies affected in the short term because of Typhoon Mangkhut.

The Philippines has reportedly lost over 250,000 tonnes of paddy rice – that’s about 62,500 hectares, assuming an average yield per hectare is four tonnes.

Heavy rainfall and strong winds would also have meant that wild-caught fish may show a temporary shortage as fishermen have been unable to go into fishing waters. And even for those who were able to, fish landings and ports along the typhoon’s path were mostly closed.

Meanwhile, China, where most fish consumed are from fish farms rather than wild catches, has not reported the extent of loss. But it can be expected that floating sea cages along the coasts of Southern China would suffer dislodgement or fish escapes.

Singapore is an overwhelmingly food importing country although with its over 5 million population, its demand for rice, corn or fish pales in comparison to its neighbours.

As a country that diversifies its imports from over 160 countries, it has inherent buffer capacity in the event of calamity in one geographic region.

Countries in the typhoon belt and the monsoon belt in Asia can export only when they have surplus production. If severe weather events or changed weather patterns affect their production capacity, or the production in other importing countries, Singapore ends up competing with them for any stock left for trade.

For example, China, the world’s largest producer of rice, can take up all the available rice traded in the world, estimated at around 15 million tonnes, since it has lifted its import ceiling on staples.

Singapore may see a temporary reduction in the supply of food items like wild-caught fish or an increase in its food price index as a result of weather-induced effects elsewhere, but in a worst-case scenario, this is unlikely to last long.

The caveat, of course, is if global stocks are reduced due to simultaneous or consecutive events like a series of mega-typhoons closely following each other – let’s not forget the typhoon season this year is not yet over.

Singaporeans generally are fortunate that the average household expenditure on food is relatively low when compared to our neighbouring countries, partly because there are no tariffs on food in Singapore and average incomes are relatively high when compared to the cost of food.

This is not to say though that all Singaporeans are immune from food price hikes as there are members in the community who will feel the pinch.

A much bigger danger is presented when climate change simultaneously affects shipments of the same food items from our source countries. And this is not improbable.