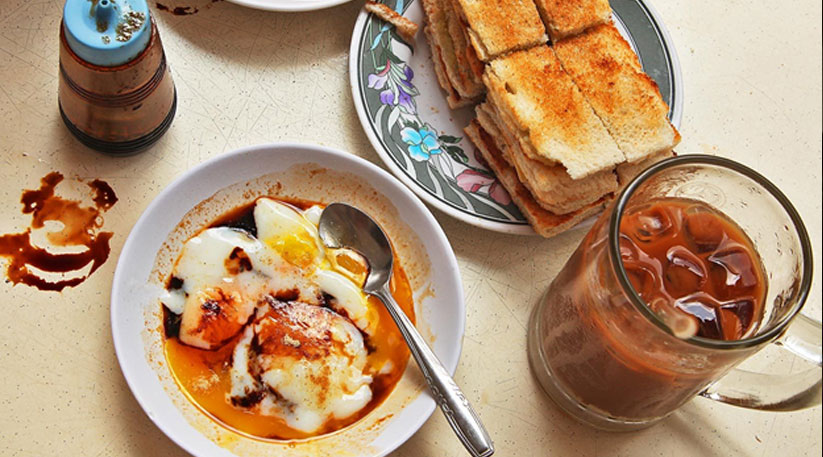 Soft boiled eggs are commonly eaten for breakfast in Singapore

SINGAPORE – Ukrainian eggs have found their way to Singaporean supermarket shelves, as the small nation remain strong in safeguarding its food supply by differentiating its sources.

Around 4.6 million eggs were imported from Ukraine since June, which was approved as a source of eggs in December last year by Singapore Food Agency (SFA).

Before last Wednesday, the eggs were processed into liquid eggs for use by the F&B industry.

The SFA said: “As part of our strategies to bolster Singapore’s food security, SFA works closely with the industry to diversify import sources to buffer against potential food disruptions and to a certain extent, price volatility.”

The agency added that between January and August this year, 73 per cent of Singapore’s eggs came from Malaysia. Local farms supplied another 26 per cent, and the final one per cent came from other countries.

Manager of Lam Leng Trading Co, Mr Elson Tan, 47, said: “We can get eggs from around the region, but if something were to happen regionally – a typhoon or bird flu or a drought – it’ll affect all of us. So if we pick a source that is far away there’s less chance that we will be affected.”

He recalled how bird flu in the early noughties had affected his business.

“If you’re not prepared and only reliant on one source, there’s an immediate stop in supply. Your livelihood would be affected.

“We didn’t have eggs for a week or more… it was very worrying,” he said.

Price is another factor in favour of Ukrainian eggs.

Sheng Siong began stocking them last Wednesday (Oct 2) and a tray of 10 brown Ukrainian eggs currently goes for $2 at the supermarket chain – the same price for the same number of brown eggs from Dasoon, a brand that imports Malaysian eggs.

The Straits Times understands that Ukraine remains the cheapest source of eggs, with some importers paying roughly 10 cents per egg after shipping and packaging costs.

Eggs from Singapore and Malaysia can cost around 14 cents each, while the price of Thai eggs recently rose to around 16 cents, said an industry source who wished to remain anonymous.

The manager of Kai Young Huat Trading, Aloysius Lee, 38, said one reason for cheaper eggs from Ukraine was that the country was able to produce its own chicken feed, thereby reducing costs.

His company was the first to start importing Ukrainian eggs, doing so in June. It has imported over two million since then.

“We saw opportunities to enhance our business resilience and offer more choices to our customers…Ukraine is a significant producer, is quite competitive in terms of pricing and could meet our needs,” he said.

Diversification was a factor cited by 64-year-old Ng Kong Guan, managing director of egg importer Green-tech Egg Industries which has imported around one million eggs from Ukraine since the end of last month.

“We don’t want to put all our eggs in one basket, likewise for imports, we try to take our eggs from elsewhere…We are a small country, we must find alternatives,” he said.

Green-tech Egg Industries currently gets around 70 per cent of its eggs from Malaysia, 20 per cent from Singapore and the remaining 10 per cent from other sources such as Thailand, Ukraine, Spain and South Korea.

But this proportion may change in the future, said Mr Ng.

“This is only the beginning, things will keep changing. Traditional sources will thin for sure because we can get eggs from other places now,” he said.

Senior director of SFA’s Food Supply Resilience Division Melvin Chow said: “We are encouraged that importers are heeding our call to diversify food sources. There is room to diversify further and more importers must play their part in ensuring Singapore’s food security.”