Singapore and Brunei to Cooperate In Agri-Food Industry 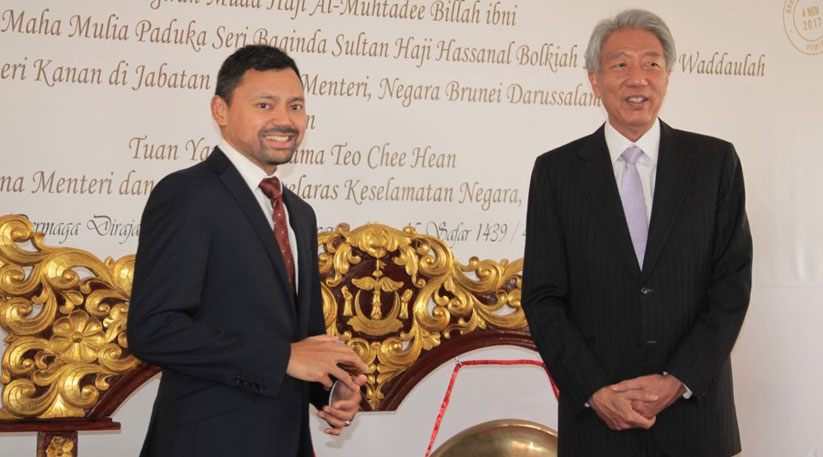 Speaking to CNA on the final day of his four-day visit to Brunei, Mr Teo said Singapore is working together with Brunei to see how it can progress on this, noting the rapid economic expansion of Brunei’s agri-food sector.

“Brunei is looking at how they can grow this as a new area of export growth and this ties in very well with what we also have in mind, which is food security, as well as to address the agri-food industry in Singapore,” said Mr Teo.

Environment and Water Resources Minister Masagos Zulkifli said Singapore and Brunei will discuss agri-food cooperation further at the ASEAN Ministerial Meeting on Agriculture and Forestry, which is to take place next week.

“We have to look at the synergy between the two countries; we have technology and access to market; they have land and good supply of energy,” said Mr Masagos.

“The strategies for each country, where food is concerned, are not the same but they are complementary,” he said, adding that both countries would benefit more if they worked together instead of pursuing it separately.

On Wednesday, Singapore and Brunei announced that they will form a joint working group to drive agri-food and aquaculture cooperation.

The working group will report its progress to a joint ministerial panel which includes Singapore’s Trade and Industry Minister Chan Chun Sing and Brunei’s Minister of Primary Resources and Tourism Ali Apong.

Over the past few years, Brunei’s agricultural sector has been steadily growing, with the government pledging more support for farmers and opening up more farmland.

In 2017, the country’s gross agricultural output reached S$379.65 million, up from S$291.67 million in 2013, according to statistics from Brunei’s Ministry of Primary Resources and Tourism.

With an abundance of land and natural resources, the country is also attracting more foreign direct investors.

The company opened its first seafood processing plant in Brunei in 2012, with an annual output of around 400 tonnes of shrimp and 800 tonnes of fish.

Since then, the company has seen demand for its products grow. Last year, the plant processed around 1,000 tonnes of blue shrimp and 2,000 tonnes of fish and exported nearly 80 per cent of this to countries including China and Thailand.

“Brunei is actually very suitable for aquaculture and also marine catch because it’s a very clean country, the environment is very good for this industry,” said Mr Richard Chuang, the founder and managing director of Golden Corporation.

“But the most important part is the government is diversifying from oil and gas and is very supportive of this industry, they provide very excellent land and infrastructure,” he said.

To date, the company has acquired a total of 600 ha of land in Brunei, and has plans to expand in future.

Meanwhile, several Singaporean aquaculture firms are looking to Brunei’s shores to expand their businesses. Barramundi Asia will develop a 6,000 ha fish farm in Brunei, and export about 40,000 tonnes of fish to Singapore.

Apollo Aquaculture will also set up a high-tech farm in Brunei, which is expected to start operations  in the fourth quarter of next year.