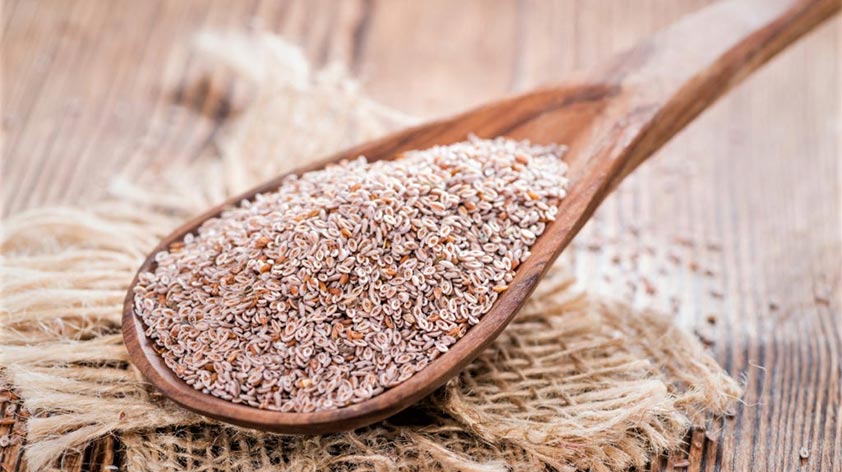 Psyllium is a soluble fibre derived from the seeds of Plantago ovata. The seed consists of 65% insoluble and 35% soluble polysaccharides (cellulose, hemicellulose and lignin). Psyllium seed husk is classified as mucilaginous fibre due to its powerful ability to form a gel in water. This ability is mainly due to its role to retain water in order to prevent the seed from drying out (Kumar et al., 2015).

The remarkable property of Psyllium seed husk mucilage makes it suitable to be used as a thickening agent in food and beverage industry. It can be applied as a basic stabiliser in ice-creams and as an ingredient in chocolates. On top of that, Psyllium can be used as a substitute, thickener and binder in health drinks, beverages, ice cream, bakery products, rice, jams, instant noodles and breakfast cereals as it helps to improve the fibre content that brings various health benefits. Psyllium Husk can be added into fresh fruit drinks or flavoured drinks to enhance their mouth–feel. It also helps to improve the softness and texture of the drinks.

The soluble fibre of Psyllium binds to the bile acids to form a complex which inhibits the re-absorption in small intestine. This promotes the synthesis of new bile acids by cholesterol metabolism, hence lowering the blood cholesterol level. Psyllium husk also influences the absorption of cholesterol and fat which contributes to the cholesterol-lowering effect (Li et al., 2017).

Psyllium polysaccharides are hydrophilic molecules with the ability to absorb and hold water. This makes psyllium an effective agent for stool-bulking, thus helps in relieving diarrhea and constipation as the water-soluble fibres bind the water by gelation to entrap its molecules like a sponge. The increase of water content in stool when consuming Psyllium fibres helps soften the stool and relieve constipation (Li et al., 2017). Besides, Psyllium is a useful supplement for weight control where it helps to control bowel function, thus reducing the feeling of fullness (Khalid et al., 2015).