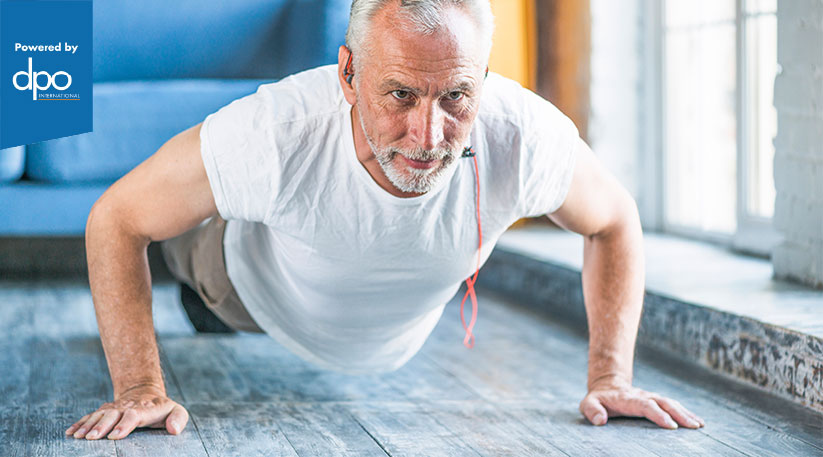 Skeletal muscle mass and function are progressively lost with age, a condition referred to as sarcopenia (Baum & Wolfe, 2015). European Working Group on Sarcopenia in Older People (EWGSOP) has defined sarcopenia as a syndrome characterized by progressive and generalized loss of skeletal muscle mass and strength with a risk of adverse outcomes such as physical disability, poor quality of life and death (Toldra, 2017).

Muscle mass, strength and functions will be progressively lost with age. According to a study done on systematic review and meta-analysis for the global prevalence of sarcopenia involving 58404 individuals, 32642 (55.9%) men and 25762 (44.1%) women respectively (Shafiee et al., 2017). Most people begin to lose modest amounts of muscle mass after the age of 30, and loss of strength increases exponentially with age (Alliance for aging research, 2017).

Sarcopenia poses a major public health concern as there are approximately 40 to 50% of the population over 80 years of age suffers from it, making Sarcopenia a major geriatric clinical disorder and a key challenge to healthy aging (Palus et al., 2017). By the age of 60, most of the seniors begin to be affected by muscle loss, resulting in greater loss of muscle strength over the years (Baum & Wolfe, 2015).

Sarcopenia is multifactorial in cause and wide variations in the prevalence of sarcopenia have been reported. The risk factors that contribute for sarcopenia includes age, malnutrition and physical inactivity (Yanai, 2015). Most sarcopenic individuals show signs of physical frailty, which leads to increase prevalence of balance disorders, falls, fractures and pain (Palus et al., 2017). There is a link between decreased muscle mass and stress along with adverse health outcomes such as obesity, diabetes and cardiovascular disease (Baum & Wolfe, 2015). Sarcopenia often coincides with the declination of physical activities as older people tend to reduce their physical activities resulting in a lower energy expenditure.

Men were found to have a higher prevalence rate in sarcopenia than women with a comparable higher percentage in the older-aged population (≥ 65 years). Although sarcopenia is primarily a disease of the elderly, its development may be associated with conditions that are not exclusively seen in older persons, such as prolonged malnutrition and osteopenia in younger populations (Schneider et al., 2008).

Sarcopenia may be less prevalent in Asian populations due to differences in lifestyle such as better dietary aspect and higher levels of physical activity than the Western populations (Shafiee et al., 2017). As for Western populations, they tend to consume high-fat, high-cholesterol and highly-processed foods which in turn results in a higher accumulation of body fat (De Meester et al., 2010) with relatively less-active physical activities. For the prevalence difference between males and females, hormonal and immunological alterations associated with aging may also contribute to sarcopenia, for example, decreased growth hormones and sex hormones (Bonder & Bello-Haa, 2008).

Proteins: Keep Your Muscle Mass Up as You Age

Protein nutrition is a key modulator of muscle health and functions in seniors. It is crucial to consider optimal nutritional recommendations that help in improving health outcomes, quality of life and physical independence in elderlies (Baum & Wolfe, 2015). Protein kicks start the muscle growth and recovery as peptides and free amino acids are rapidly transported and absorbed.

Major published results revealed a potential beneficial effect of increasing protein intake in older adults. Consuming the proper amounts of dietary protein may lead to a reduction in muscle loss thus slowing down the sarcopenia in the aging individuals. Both quantity and quality of protein intake are crucial for optimal health in sarcopenic individuals (Naseeb and Volpe, 2017). Data unveiled that increasing the intake of dietary protein may counterbalance muscle loss in seniors, leading to the increased availability of amino acids which stimulate muscle protein synthesis. Increased muscle protein synthesis will lead to improved muscle mass, strength and function over time (Baum & Wolfe, 2015).

Effective prevention and treatment of sarcopenia is much sought after in optimizing the potential for muscle protein anabolism by consuming adequate amounts of high quality protein during each meal (25-30g), in combination with physical activities, which promotes a promising strategy to counteract or delay the onset of sarcopenia, sustain muscle mass and function, thus enhancing the quality of life (Mann & Trustwell, 2017; Paddon-Jones, 2015). Another study revealed that elevated protein consumption as high as 1.8 to 2.0g per kilogram of body weight per day, may be advantageous in preventing lean mass losses during periods of energy restriction to promote fat loss (Phillips & Van, 2011).

Human lose muscle mass as they age and this chronic muscle loss is associated with a greatly increased risk of disability. Loss of independence is a key concern as we gradually move into old age. Emerging research indicates that protein, especially high quality protein such as whey along with resistance exercises may help to preserve muscle. Whey proteins that are rich in essential amino acids appear to be the primary stimulus of protein synthesis while leucine appears to be the most potent of these amino acids (Tessier, A., & Chevalier, 2018).

Besides having adequate protein ingestion in our basic meals throughout the day, it is somewhat necessary to administer sarcopenic individuals with additional protein supplementation between meals. To prevent or slow sarcopenic muscle loss, the importance of nutritional management on high-quality protein should be stressed in order to preserve skeletal muscle mass and functions in old age. Dietary strategies including adequate protein intake (leucine-enriched amino acids and creatine) and coupled with exercise (Morley et al., 2010) are useful countermeasures to alleviate the adverse health effects of sarcopenia such as frailty, disability, falls, loss of independent living, and mortality (Calvani et al., 2013).

Maintaining skeletal muscle functions throughout the lifespan into old age is essential for independent living and good health.

You may also be interested in Proteins: The Shining Star and Proteins for Kids