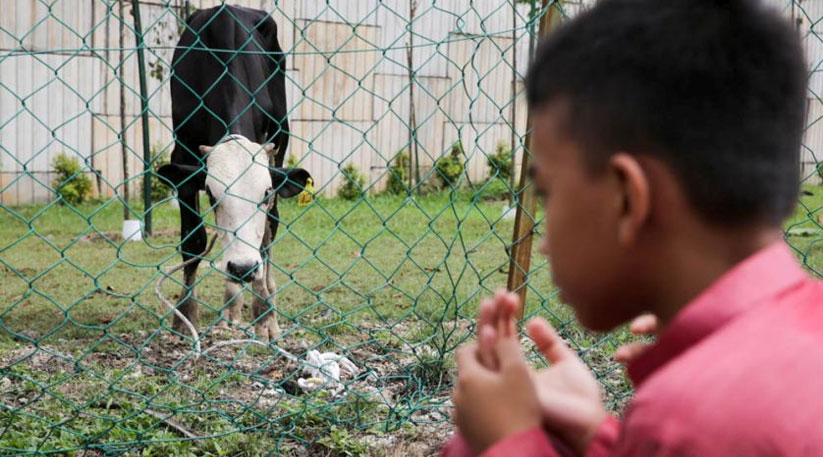 KUALA LUMPUR, April 5 — The Kelantan government is reportedly planning for Quran recitals to be held near locally-reared lembu sado, an imported breed, in the hopes this will help produce meat of similar grade to Japan’s famed Kobe beef.

Datuk Che Abdullah Mat Nawi, who chairs Kelantan’s state executive committee on agriculture, agro-based industry, biotechnology and green technology, was reported as saying the plans were part of the government’s action plan to produce beef that is tender and high-quality.

He said Kelantan has over 19,000 cattle rearers who were mostly skilled in handling cows under their care.

“Through the Naim Beef programme, we make plans and do research, because the cattle here is tamer because among the characteristics required for great beef is that the cow has to be relaxed and tamed.

“So this Naim Beef programme is a programme to restructure the farmers’ system according to the system planned towards producing good beef,” he was quoted saying yesterday by news site Astro Awani.

He said that Kelantan has the country’s second-most cattle exports, adding that it was the first state to export lembu sado bred from prized European stock.

According to Astro Awani, the cows imported from Europe could fetch between RM12,000 and RM15,000 each, with the breed purportedly tame in Kelantan but rambunctious elsewhere.

Last month, news portal Malaysiakini reported Che Abdullah as saying that the Naim Beef plan was to develop the system of hybrid cattle-rearing, in which rearers have to fulfill the required criteria and be accredited by the Department of Veterinary Services.

“So producers of this Kelantan brand of hybrid cow through the feedlot rearing system is the long-term plan of the Kelantan Veterinary Services Department in the government’s efforts to brand the system of production of hybrid cow breeds that has the Kelantan identity.

“It can be commercialised with interesting features such as high-quality beef, tame, adapting easily with its environment, with a parent that is maternal, productive and suited to eating greens and agriculture waste,” he was quoted as saying by Malaysiakini.

He said Kelantan’s success in the cattle-rearing sector has resulted in the federal government agreeing to turn the Naim Beef programme into a national-level policy to develop muscular cows.