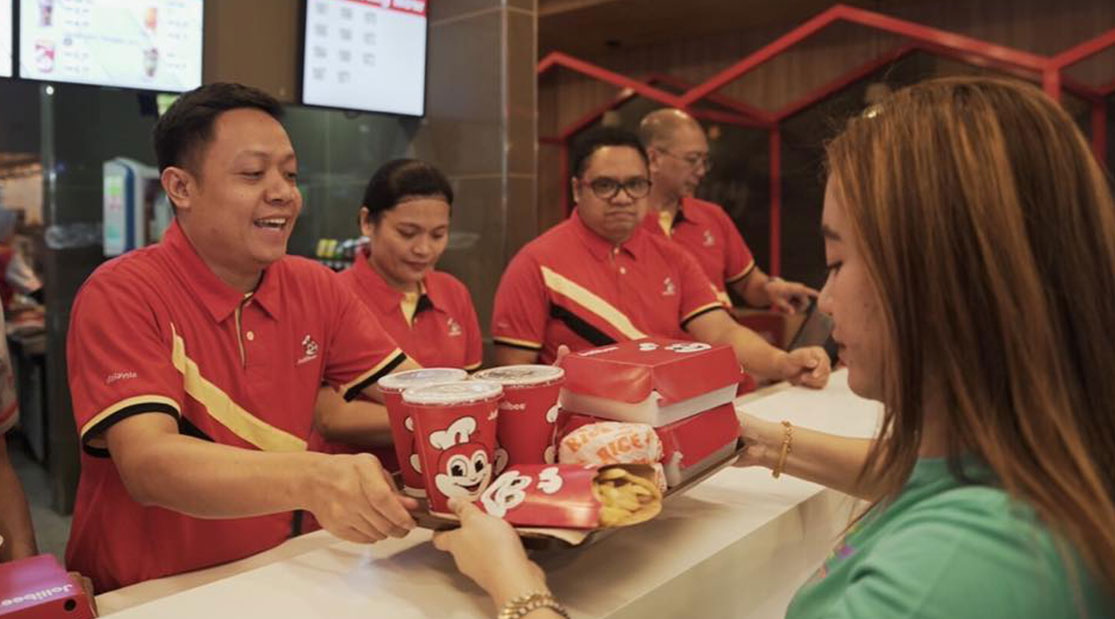 Jollibee’s plan for world domination definitely includes Malaysia: over 100 outlets are expected to open their doors in the country within the next 10 years.

Its venture into Malaysia started with its first branch opening in Sabah’s Centre Point Sabah shopping centre in December last year with much fanfare and long queues, some of which were notably from the sizeable Filipino community in Sabah.

An icon of Filipino fast food, the first branch attracted a huge crowd, some of whom waited hours in line to get a taste of Jollibee’s signature fried chicken named Chickenjoy, which has gained an international following and impressed even the late celebrity chef Anthony Bourdain.

Aside from the crispy Chickenjoy, the chain is also known for its Jolly Spaghetti – a sweet tomato-based pasta with chicken hot dogs and topped with cheese — and it’s Yumburger, a combination of a 100 per cent pure beef and special burger dressing.

The burger steak is a meat patty topped with gravy and served with rice – a homage to the Hawaiian loco moco.

The outlet here has adapted its menu to be pork-free and is in the process of obtaining the Malaysian halal certificate. It has operated successfully in other Muslim countries like Brunei, UAE and Saudi Arabia.

Jollibee, the world’s largest and fastest growing Asian restaurant company started with two ice cream parlours in the Philippines and has grown to 14 brands in 21 countries with over 4,500 stores across the globe, of which 1,300 are Jollibee branches.

Its popularity in the Philippines is unrivalled, beating out its main competitors two-fold and its overseas branches boasts similar successes, appealing to the homesick Filipino communities.

Dennis Flores, president and head of JFC International Business for Europe, Middle East, Asia and Australia, believed that Jollibee would be a welcome addition to the diversity of the food scene in Kota Kinabalu.

“We know that Kota Kinabalu is a melting pot of many ethnic cultures and it is home to a diverse food scene.

“We believe that we can appeal to the diversity as what we have seen in other countries where Jollibee has been successful, such as Vietnam, Brunei, Hong Kong and Singapore,” he said in a press conference after the Jollibee Malaysia grand store inauguration earlier this week.

Flores said opening the Jollibee store in Malaysia was significant as it brought the number of countries JFC operated in to 21, driving the company closer towards being one of the top five restaurant companies in the world.

Jollibee is the number one fast food joint in Brunei. It has over 100 stores in Vietnam and in Hong Kong and Singapore, local patrons make up over half of its customer base.